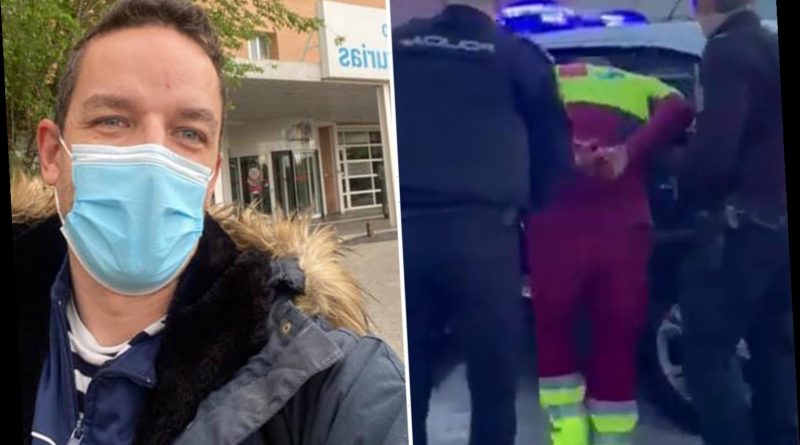 AN AMBULANCE driver allegedly slit a male nurse's throat in a hospital staff room after claiming he was sleeping with his girlfriend.

The 39-year-old man, named only as Gonzalo, is said to have attacked Sergio Luis Garcia, 41, at the Principe de Asturias Hospital in the Madrid suburb of Alcala de Henares. 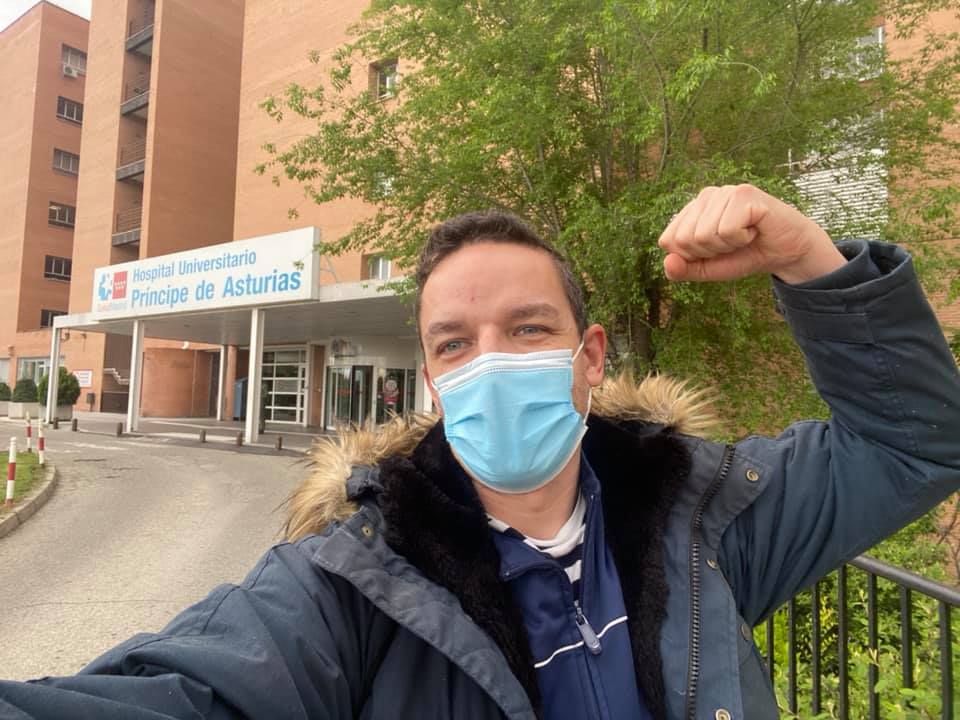 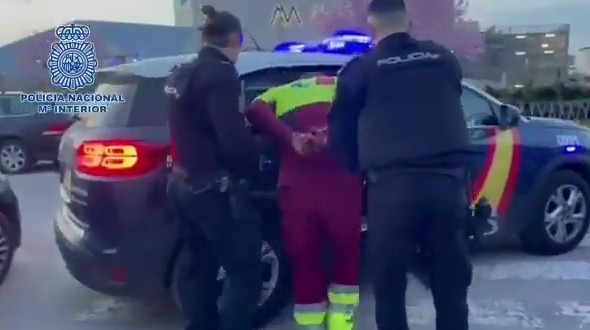 The alleged attacker reportedly went looking for his victim – a divorced dad-of-two – after an earlier argument in which he accused him of a secret affair with his partner of four years.

Local reports said the victim's throat had been slit, although he is also believed to have suffered stab wounds to his chest and genitals.

Spanish news website El Confidencial said Gonzalo was on holiday, but he armed himself with a kitchen knife and donned his work uniform to get into the hospital and confront Sergio – even though he had previously denied having an affair with his girlfriend.

A colleague of the dead man raised the alarm after discovering him lying in a pool of blood in the rest room around 2.15pm on Saturday.

Suspect Gonzalo, a motorbike enthusiast, tried to escape from the crime scene but was arrested by two police officers who were guarding a man in the hospital, Spanish newspaper El Pais reports.

The ambulance driver is being questioned by detectives ahead of a court appearance.

A spokesman for Spain’s National Police, which released footage of officers leading Sergio’s alleged killer away in his work uniform and putting him in a police car, said: “A man has been arrested as the suspected author of the death of another aged 41 at the Principe de Asturias Hospital in Alcala de Henares.

“He allegedly stabbed his victim several times and was arrested despite trying to hole up in another room at the hospital.”

A spokesman for Health Workers Assembly MATS said colleagues were “heartbroken by his murder.”

He added: “Sergio was an A&E nurse at the Alcala de Henares Hospital.

“He combined his profession with the defence of his colleagues as a union representative.

“He has been a front-line worker during the coronavirus pandemic, a tireless colleague who has been a great encouragement to others. We will remember him as a role model.” 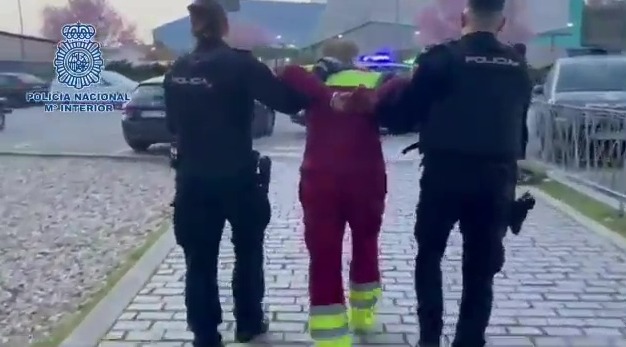 A colleague added in a tweet: “Sergio, an excellent person, a nurse and a MATS delegate has been murdered.

“He was someone who fought for people. Condolences to his family. We will fight to make sure justice is done.”

Bosses at the hospital where Sergio worked described him as a “wonderful person who loved his children.”

A small altar has been placed at the entrance to the hospital in memory of the slain nurse.

The mum of a patient who saw the alleged killer with his weapon in his hand soon after the attack told El Pais: “His face was distorted. When I saw the knife I realised why everyone was screaming.”

Gonzalo’s girlfriend – a nurse who is understood to work at the same hospital as the stab victim – is said to have denied she was cheating on him when he confronted her with the allegation before Saturday’s murder.

The killing has been described as only the fourth of its kind in 23 years at a Madrid hospital.

In April 2003, doctor Noelia de Mingo, 31, killed two people including a colleague and injured another six.

It later emerged she was suffering from mental health problems when she attacked her victims. 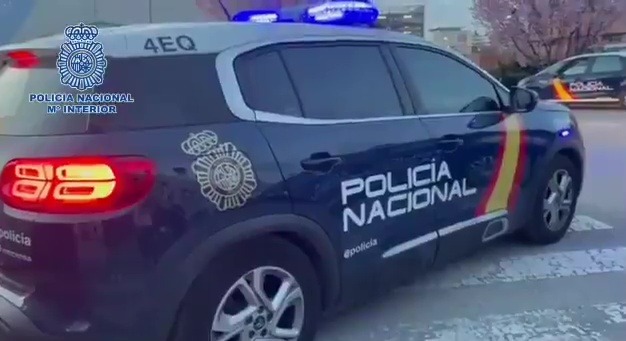