Home » World News » Americans may have to wait SEVEN MONTHS for Covid vaccine as Fauci, Azar, Biden and other elites get jabs on live TV

AMERICANS may have to wait seven months for a Covid vaccine as Dr Anthony Fauci, Alex Azar, Joe Biden and other elites get the jabs on live TV.

The nation's top infectious disease expert estimates that most Americans will have access to the new Covid vaccines by mid-summer. 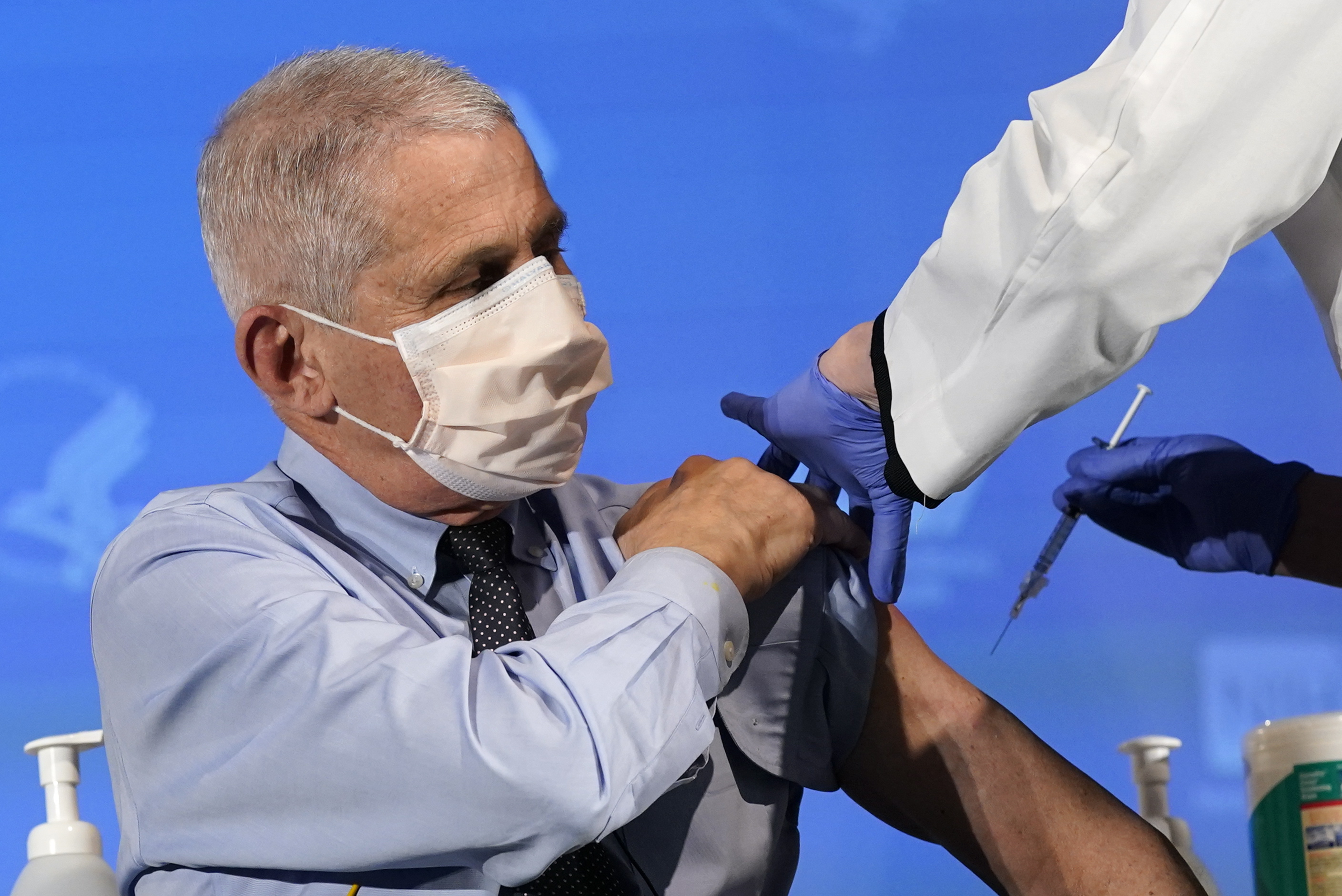 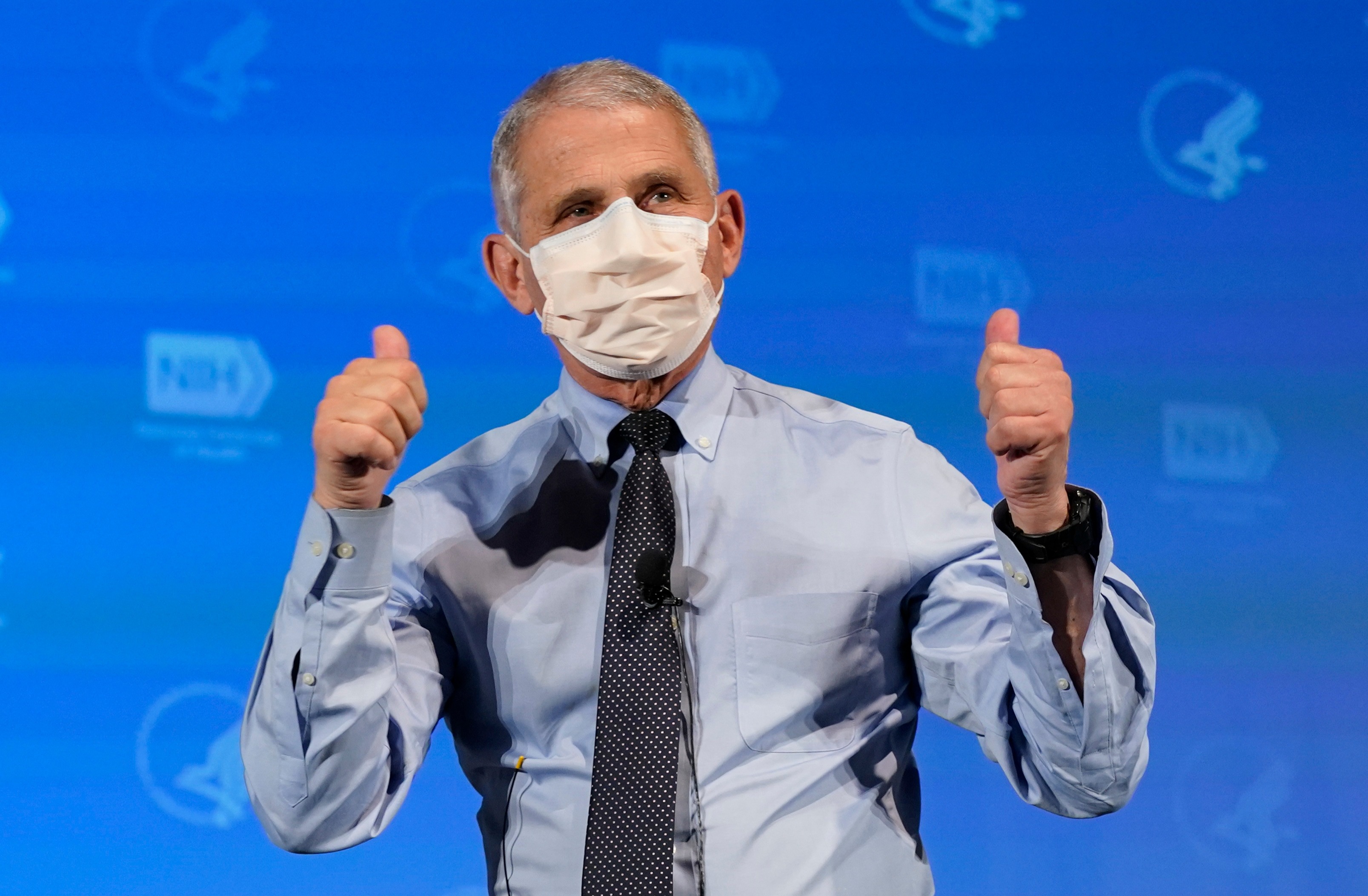 Dr Anthony Fauci told Good Morning America on Tuesday that he expects to start vaccinating the general population "somewhere in the end of March, the beginning of April."

However, Fauci said the process could take up to four months to reach all Americans who want to receive the vaccine.

The first doses started rolling out last week, with health care workers, first responders and the elderly on the priority list.

Fauci received his own shot of the vaccine created by Moderna live on camera on Tuesday. 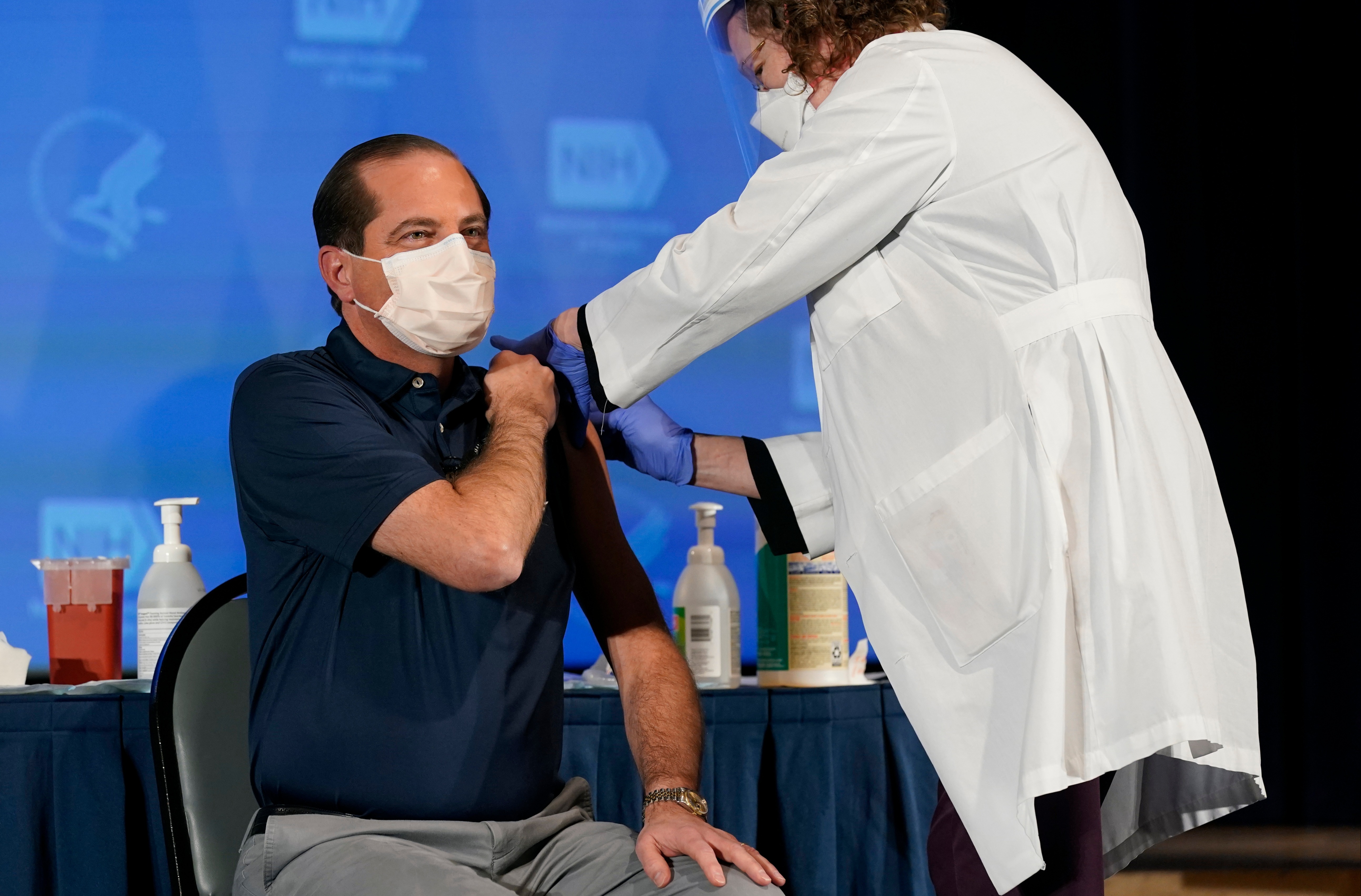 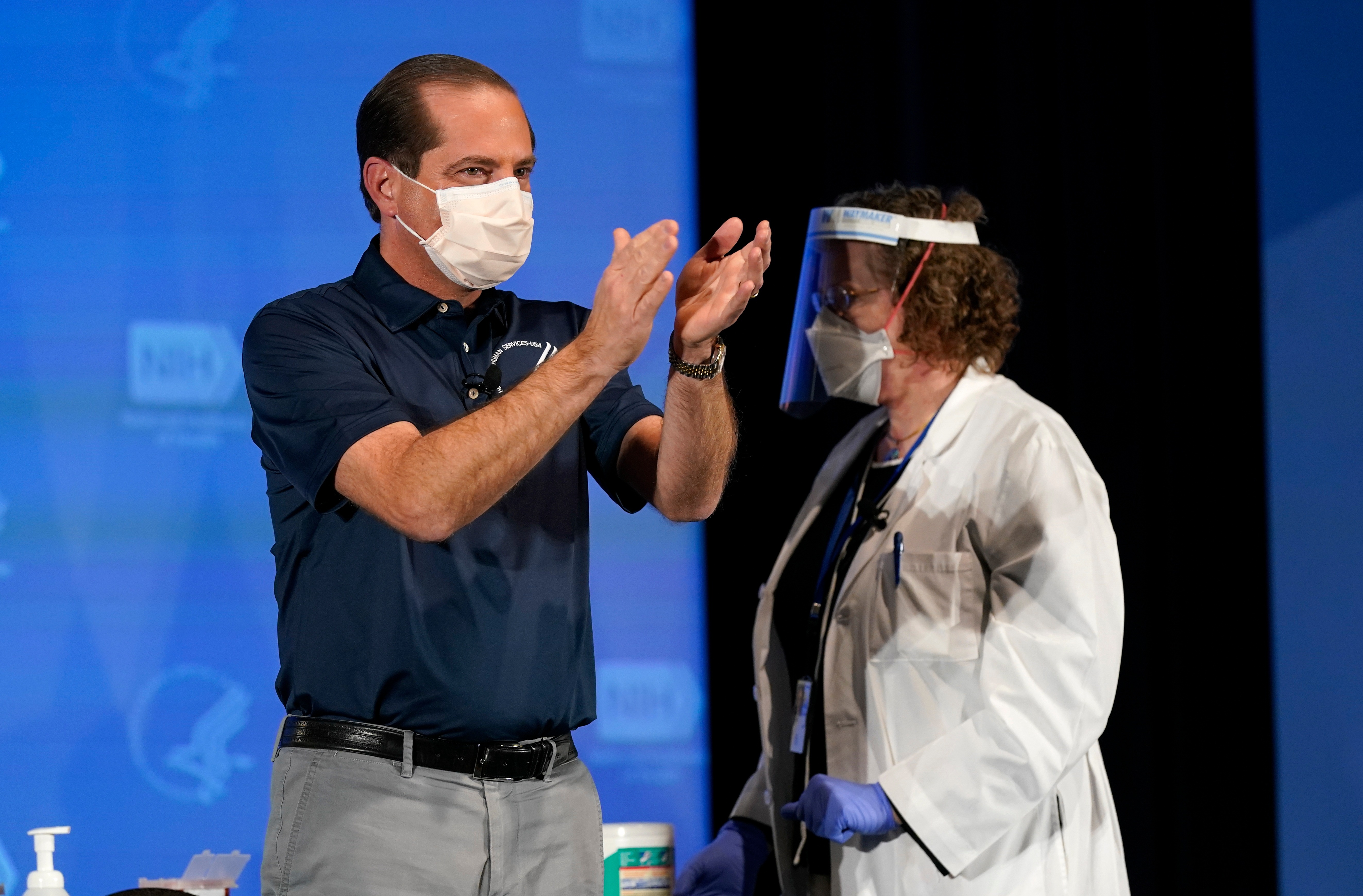 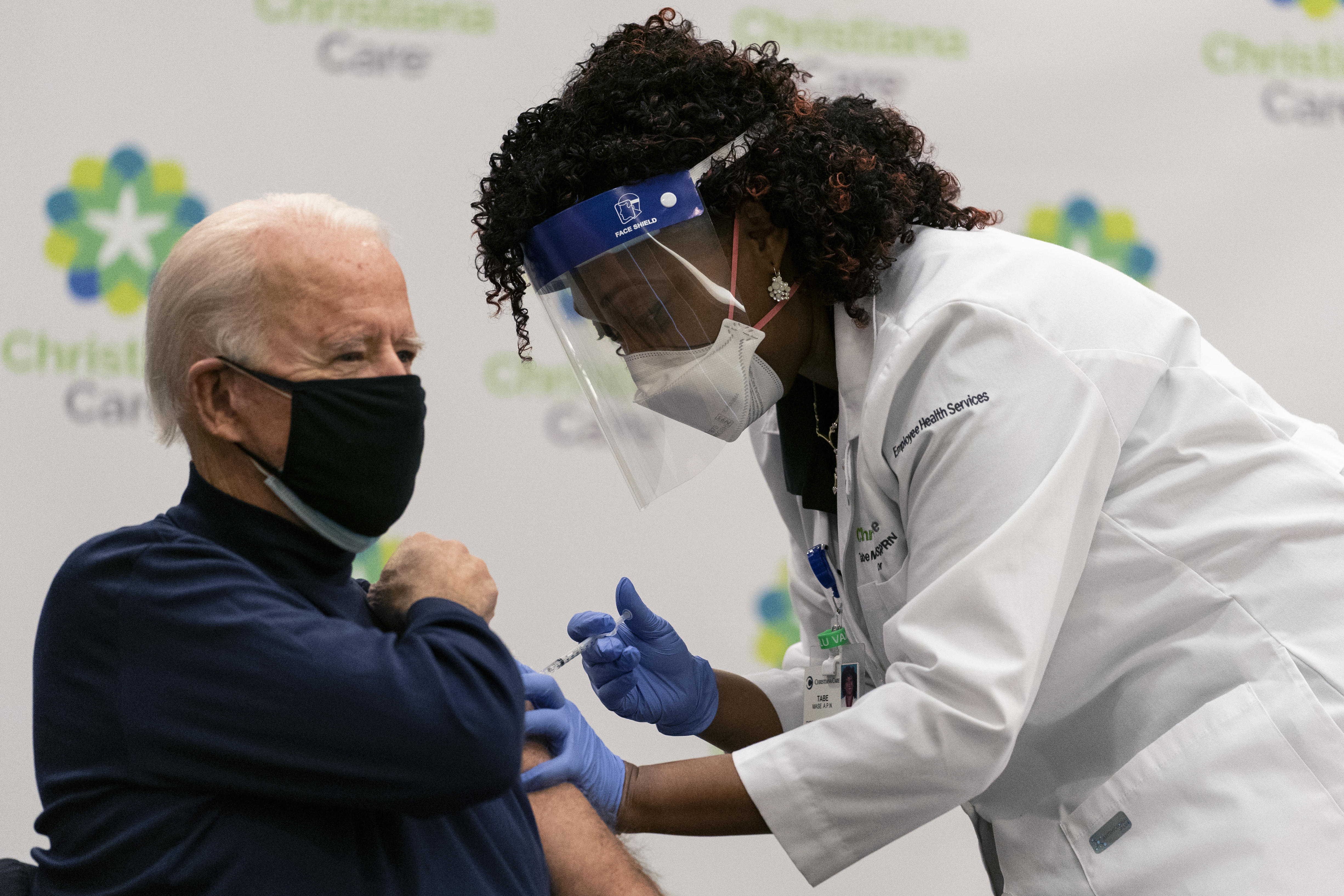 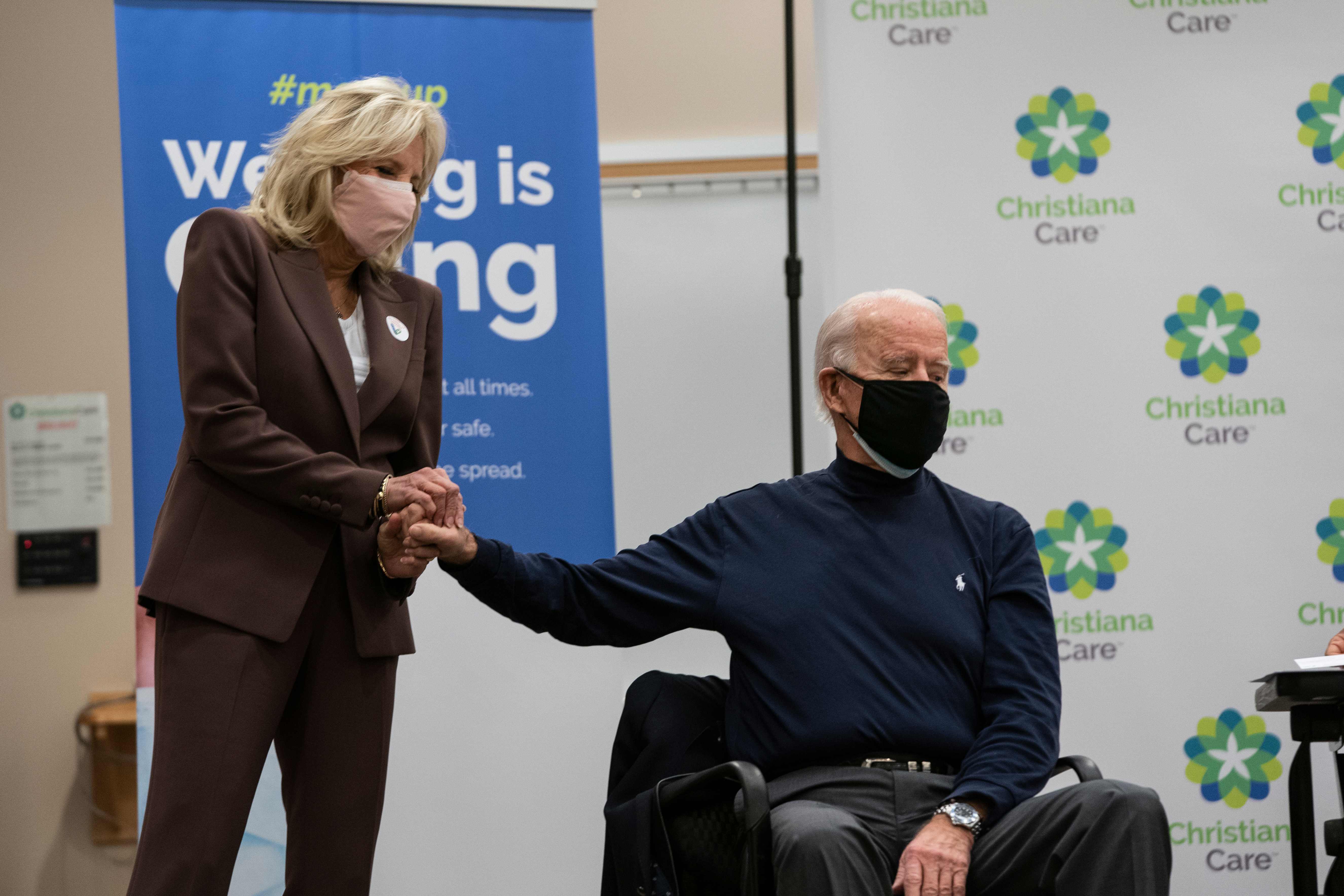 When asked why he was getting the injection, Fauci said he did so "as a symbol to the rest of the country that I feel extreme confidence of the safety and efficacy of this vaccine."

The update came as Trump gloated about the Covid vaccine, but did not comment on whether he has had it or not.

The president tweeted: "Distribution of both vaccines is going very smoothly. 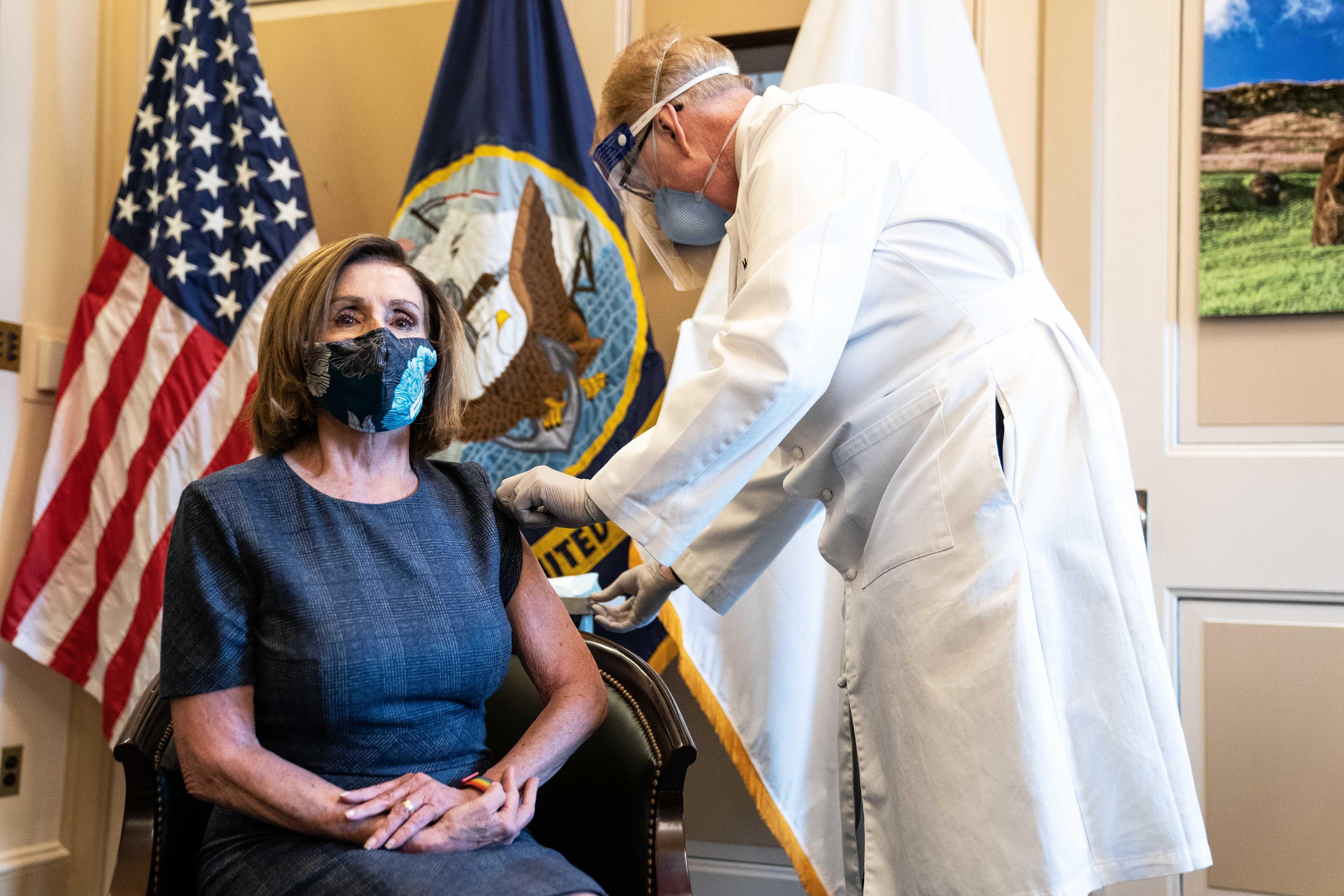 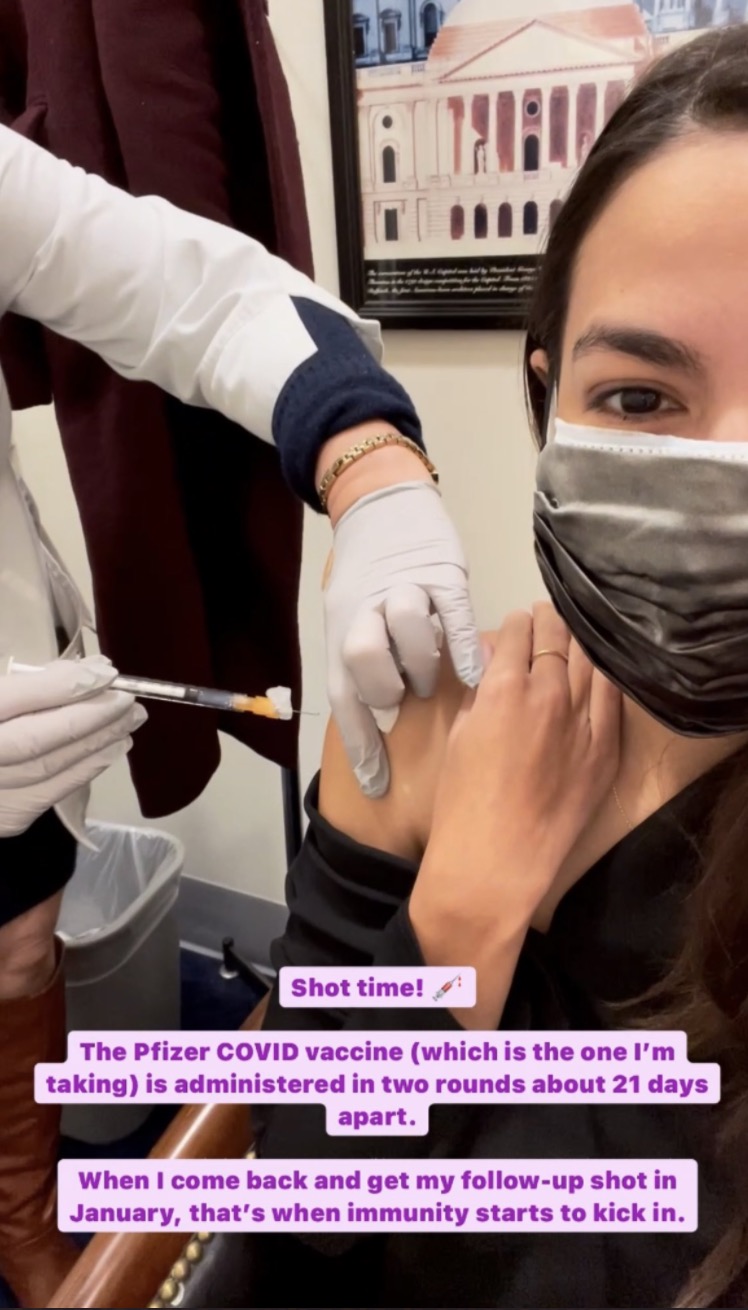 "Amazing how many people are being vaccinated, record numbers. Our Country, and indeed the World, will soon see the great miracle of what the Trump Administration has accomplished. They said it couldn’t be done!!!"

President Trump has still not publicly received the vaccine, unlike Vice President Mike Pence who had it on Friday.

House Speaker Nancy Pelosi and Senate Majority Leader Mitch McConnell also received their first round of injections from the attending physician of Congress on Friday.

President-elect Joe Biden and his wife Dr Jill were recorded getting the jab on Monday. 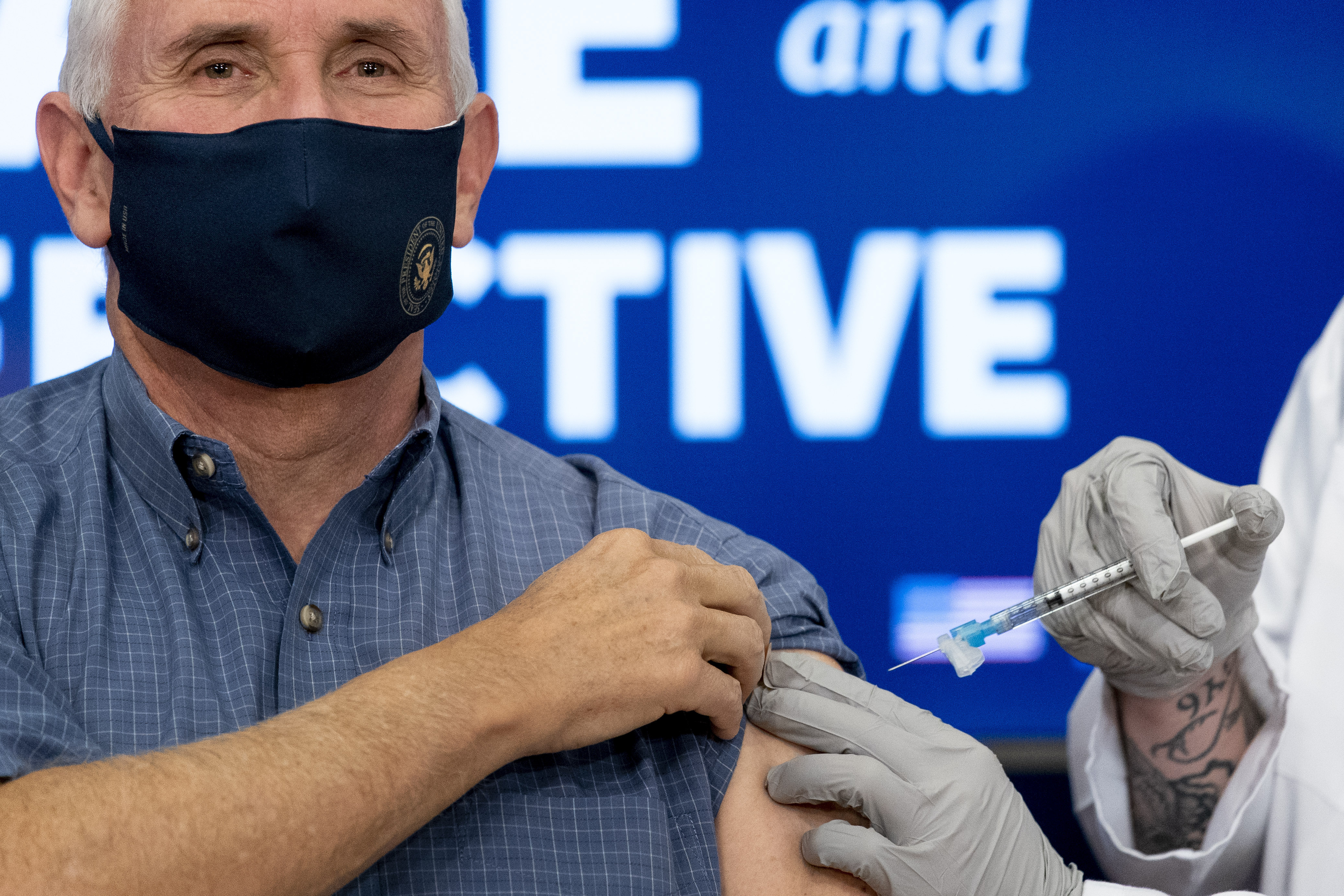 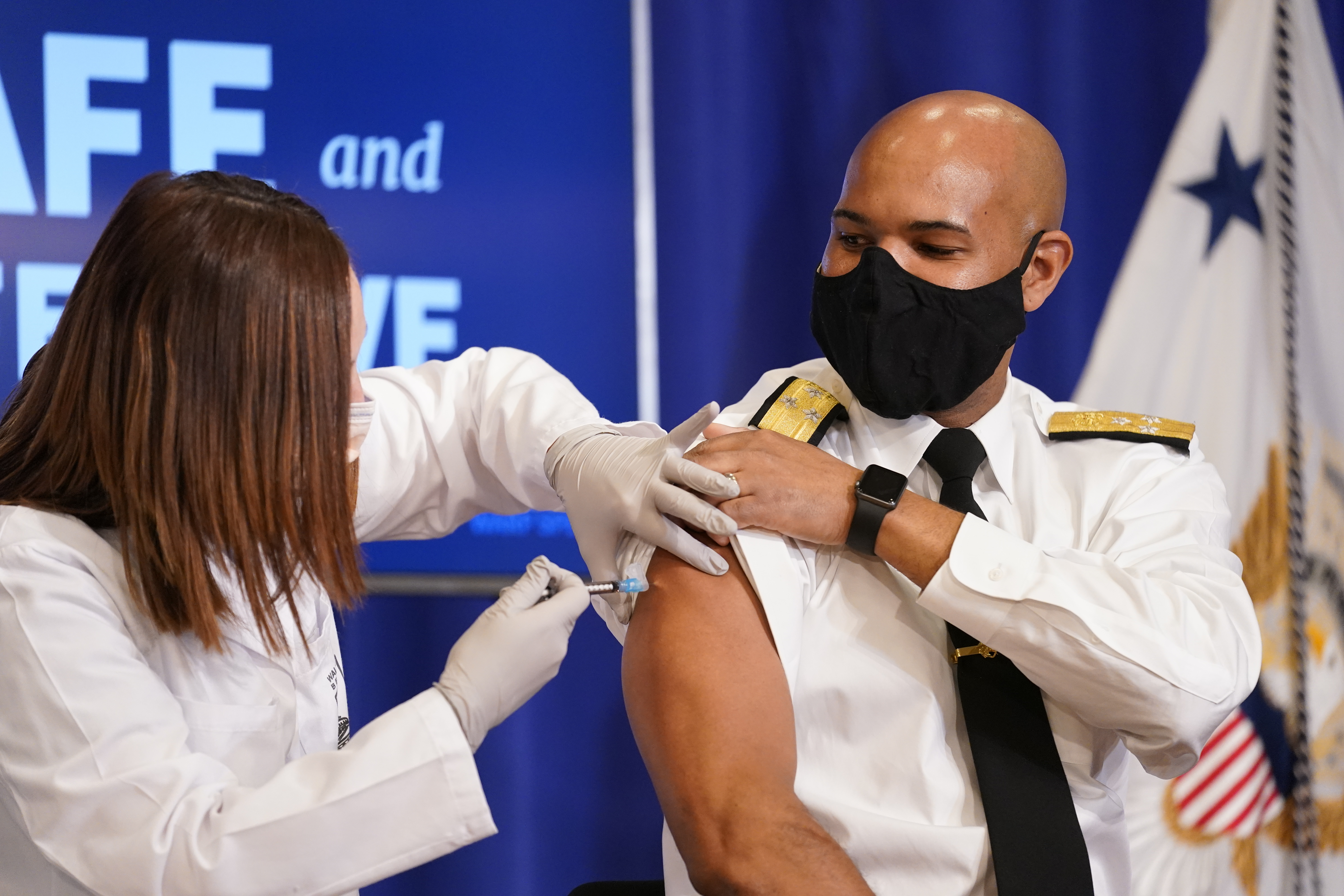 The Bidens were filmed getting the Pfizer shot at ChristianaCare Wilmington Hospital near his home base in Delaware on Monday.

Senators Tim Scott and Lindsey Graham posted their own photographs of themselves receiving the jab to social media in recent days.

Alexandria Ocasio-Cortez, 31, also posted a video of herself getting the injection on Sunday, along with a brief explanation of how it works.

The footage caused Ilhan Omar to turn on her fellow "squad" member and other lawmakers who have got the vaccine before healthcare workers and the elderly.

Omar called it "disturbing" that fellow members of Congress who are young and are not considered high-risk would get the jab before those who are the most vulnerable.

"It's now clear that we don't have enough vaccines for everyone and there is shortage of supply," the Minnesota representative tweeted on Sunday, along with a clip from a CNN interview she gave on the topic.

"We have to prioritize those who need it most. That's why it's disturbing to see members be 1st to get vaccine while most frontline workers, elderly and infirm in our districts, wait."

Outspoken right-wing politician Candace Owens also slammed AOC for getting the vaccine, and vowed that politicians WON'T prompt her to get the protective jab.

This infuriated Owens, who tweeted in response: “'I wasn’t going to get the vaccine.

"But then @AOC posted a picture of her with a needle in her arm and I realized, I MUST have that vaccine, said literally nobody, ever'."

Owens also tweeted on December 21: "One of the weirdest flexes of 2020 are all of these politicians posting pics of themselves getting vaccinated.

"Is that supposed to inspire me to want the vaccine real bad?

"Like Beyoncé telling me to vote for Hillary Clinton in 2016? I should just do it bc they’re doing it?"