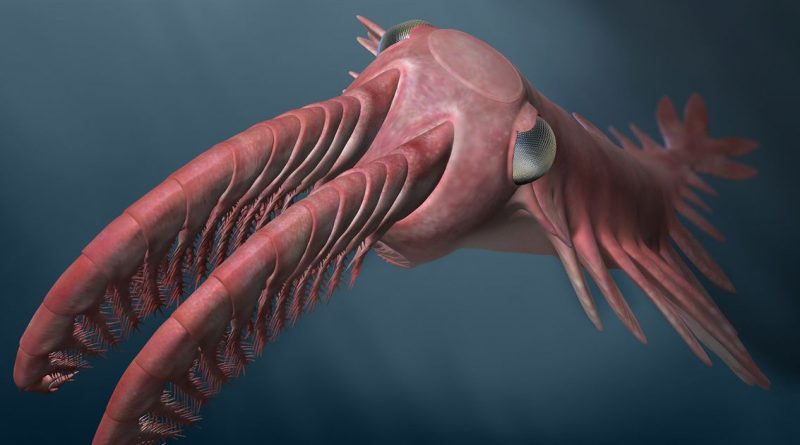 An ancient sea beast with a circular mouth full of serrated teeth and eyes with over 28,000 lenses triggered life as we know it today, new research has claimed.

Radiodonts stalked Earth's oceans more than 500 million years ago and are understood to have been "really weird" as they looked like "a mix of various animal parts stuck together."

The creatures had "large spiny appendages for capturing prey" a circular mouth with "serrated teeth" and a "big pair of eyes" whereas the rest of its body looks like a "squid."

A new study claims the bizarre animals are responsible for the life we see on Earth today and without them, insects, spiders, crustaceans and centipedes may not exist.

John Paterson of the University of New England, the lead author of the study, said: "Radiodonts represent some of the earliest and most primitive arthropods in existence.

"Perhaps without them, we would not see the huge diversity of arthropods alive today, including insects, spiders, crustaceans and centipedes.

"The oldest Radiodont fossils date back some 518 million years and – while it's unclear exactly when they went extinct – the creatures seem to have survived until 400 million years ago."

He said Radiodont are some of the first animals to "appear in the history of the planet" and are "well equipped for hunting, especially with their vision.

Mr Paterson said: "They are some of the first animals to appear in the history of the planet.

"Because they are so well equipped for hunting, especially with their excellent vision, they would have placed a lot of pressure on their prey, especially when it came to long-term survival.

"So prey species needed to adapt and evolve in response to this pressure, otherwise they would have faced extinction."

The creatures may have even paved the way for the "arms race" for today's creatures as they have had to "battle between predators and prey over time."

Dr Paterson said: "This so-called 'arms race' was a constant evolutionary battle between predators and prey over time, with predators adapting better 'weapons' and prey improving their defences."

Until recently, relatively little was known about radiodont eyes, but the discovery there of bigger, better eye specimens paved the way for a breakthrough.