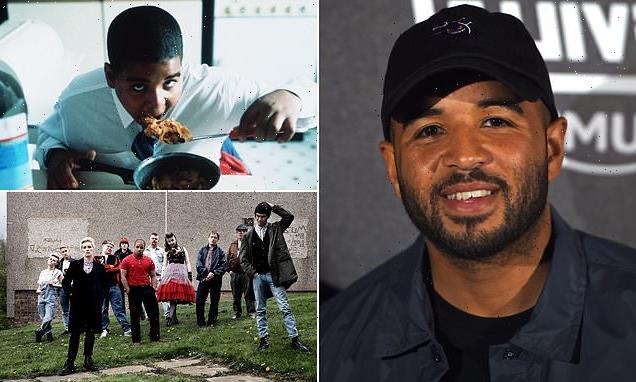 This is England star Andrew Shim, 38, ‘faces JAIL in Spain over unpaid £75,000 drugs fine’ after he was caught with 60kg of cannabis in his Mercedes van

This is England actor Andrew Shim faces being hauled back to Spain and jailed after pleading poverty to escape his £75,000 fine for a drug conviction.

It emerged in July that the star had been handed a suspended prison sentence after admitting to being a drug trafficker.

The 38-year-old was allowed to return to the UK but warned he would be incarcerated if he failed to pay the fine linked to the value of the cannabis found in his Mercedes van during a police stop. 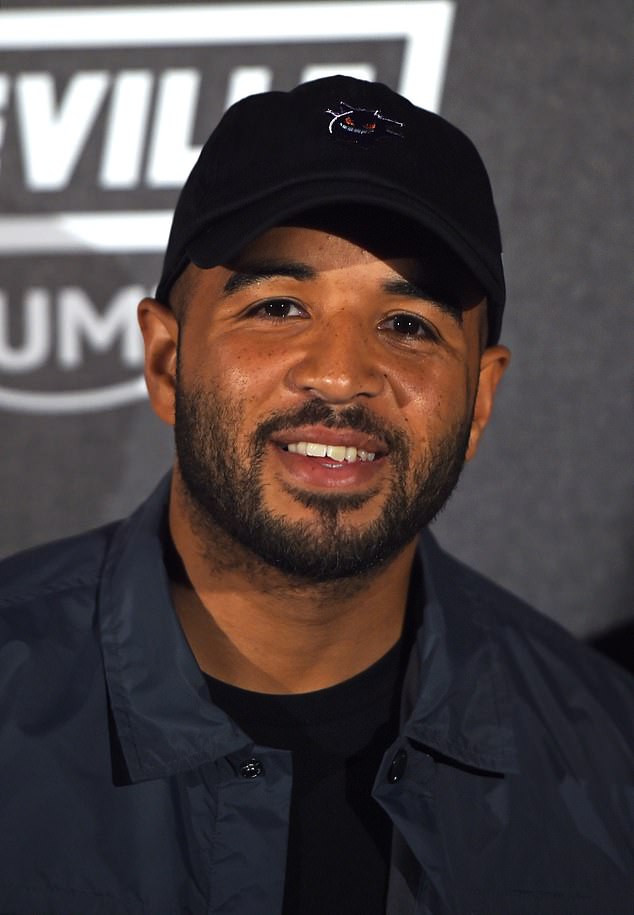 Andrew Shim, 38, faces being hauled back to Spain and jailed after pleading poverty to escape his £75,000 fine for a drug conviction

Nottingham-based Shim, best-known for his roles in cult Shane Meadows films A Room for Romeo Brass, This Is England and Dead Man’s Shoes, has yet to pay a single penny more than five months after his prison let-off.

A well-placed Spanish judicial source said he had offered up the van detectives seized following his arrest as an alternative.

The source said of Shim, who struck a deal with state prosecutors to avoid a tougher sentence: ‘He is insisting he doesn’t have the money to settle the fine and has asked for the van that was confiscated to be auctioned off and the proceeds put towards payment.

‘The state prosecutor has been asked for a report before the judge makes a final decision.’

Another well-placed insider said: ‘Shim was warned when he held his hands up to his crime that non-payment of the fine would mean jail. 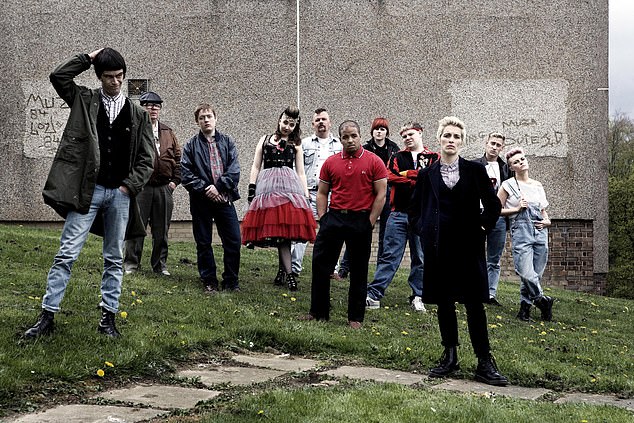 In one of This Is England’s most famous scenes, Shim’s character Milky was badly beaten. Pictured, a photo of the cast

‘If the judge agrees to the money made from any auction of the van being put towards what he owes, and it’s a big if, it’s only going to get him out of a hole for a bit because there’s no way that vehicle is worth anything like £75,000.’

Shim was held for more than eight months on remand in a Costa del Sol jail before being told he could return to Britain following his plea bargain deal.

A judge handed him a suspended three-year prison sentence in July after he admitted wrongdoing following his October 20 2020 arrest near the southern Spanish city of Granada with 60 kilos of cannabis.

He admitted to a single charge of drug trafficking at a court in Malaga after being warned he could be jailed for five and a half years if he was convicted after taking his case to a full trial.

Prosecutors had indicated in a pre-trial indictment they wanted him jailed for four years for the drug trafficking offence and a year and six months if found guilty of membership of a criminal gang. 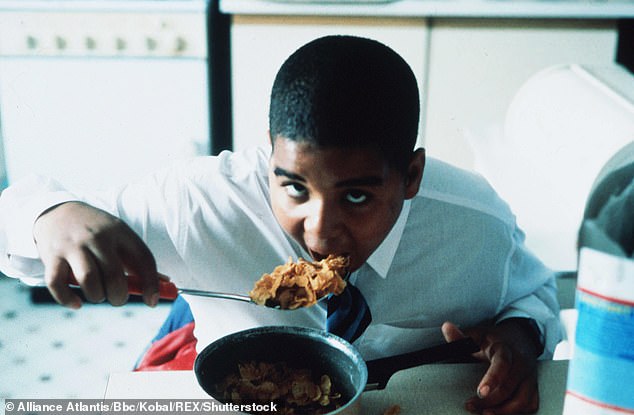 They were also seeking a fine of £161,000, more than double the £75,000 he was ordered to pay, before a deal was done and Shim received a more lenient punishment.

Another of the two men arrested and convicted alongside Shim has also pleaded poverty but asked the judge to imprison him for non-payment of his fine.

The written sentence issued after Shim confessed to his crime made it clear he will have to serve a month in prison if he failed to pay his fine.

It was not immediately clear today if the suspension of his three-year jail sentence could also be revoked should his debt with the Spanish state remain outstanding.

Any failure to return to Spain to serve time if the judge decides jail is the only option would almost certainly give rise to an international arrest warrant. 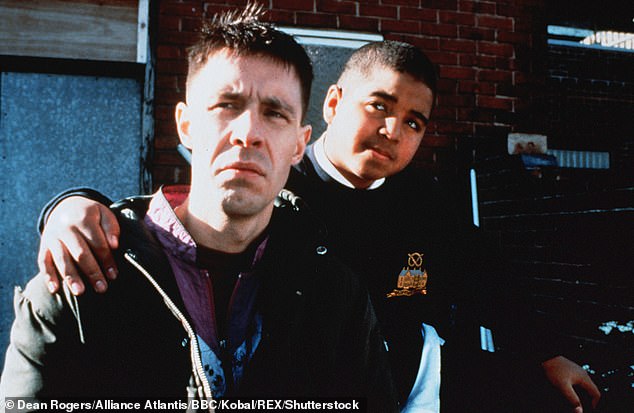 Shim shot to fame as a child star when he played the lead role in A Room For Romeo Brass.

He was lauded for his performance in the 1999 movie, made when he was just 15. In one of This Is England’s most famous scenes his character Milky was badly beaten.

Trial judge Monserrat Cortes Lopez described the actor as a ‘drug addict’ when she announced her decision to suspend his prison sentence and said his addiction was a contributing factor along with the fact he had no previous convictions in Spain.

She also warned him he would be hauled to prison if he offended at any time during the next five years. 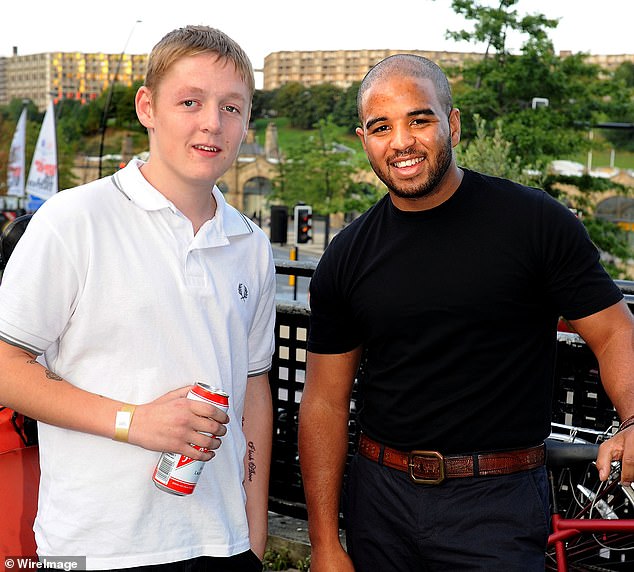 Malaga Criminal Court Number 15 ruled on July 7 after the Brit trio’s plea bargain agreement that it had been proven Matthew Adam Neale had flown from the UK to Malaga to meet up with his accomplices and help them with a drugs run.

He drove to a Shell petrol station just off the AP7 motorway running along the Costa del Sol in a hired Fiat Tipo where he met up with Shim and Regan.

They were stopped at another petrol station in Huétor Santillán in the neighbouring province of Granada.

Police found 19 packets of cannabis with a black-market value of £75,000 during a search of the van Shim and Regan were in.