The veteran politician has faced calls from within her own Christian Democratic Party (CDU) to give up after they were given a drubbing in regional elections. 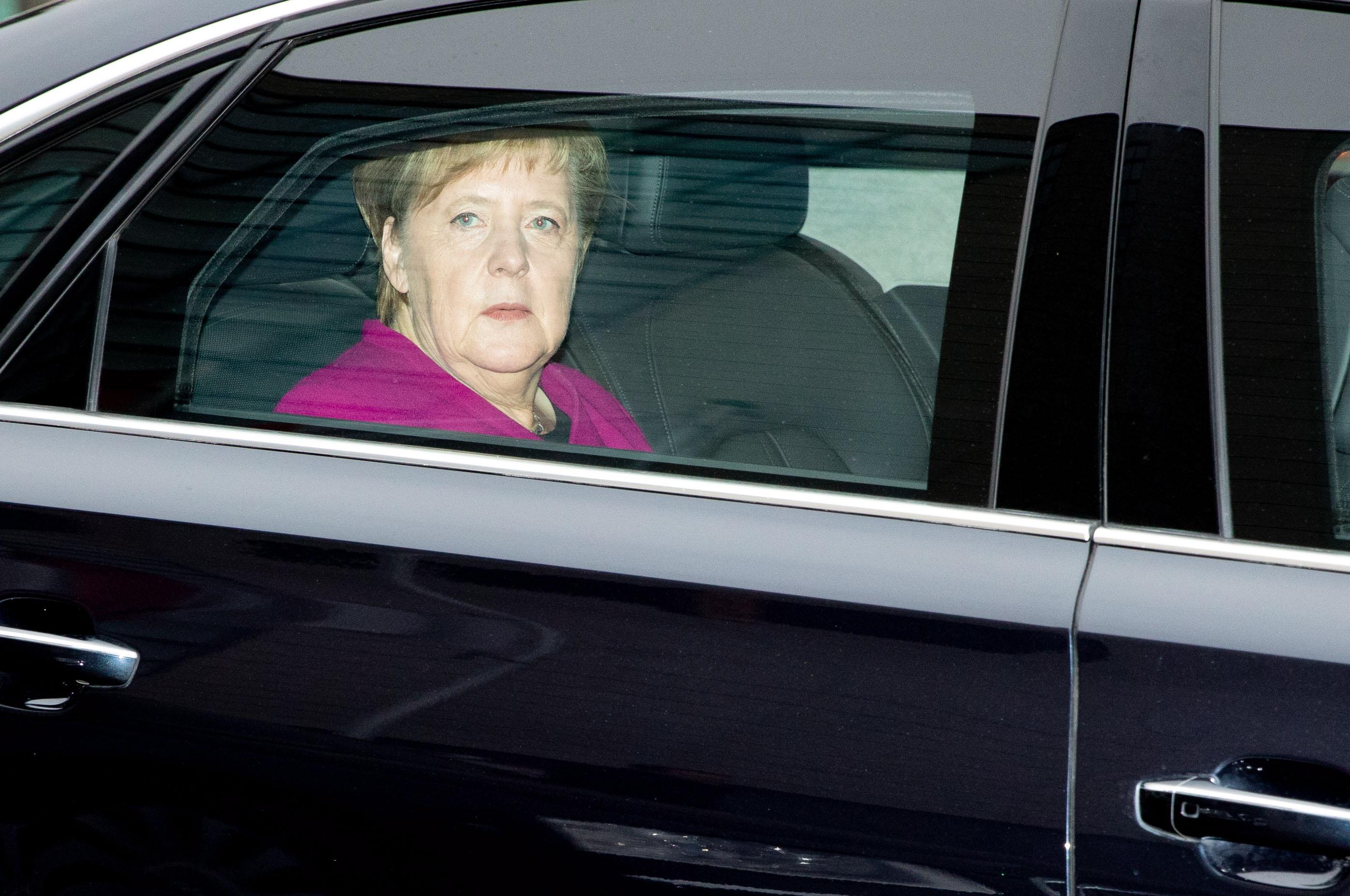 Her predecessor, Gerhard Schroeder, stepped down as leader of his party in 2004 but remained chancellor.

In the past she has firmly stated that Chancellor should also be a party leader but today's events appear to indicate a change of heart. 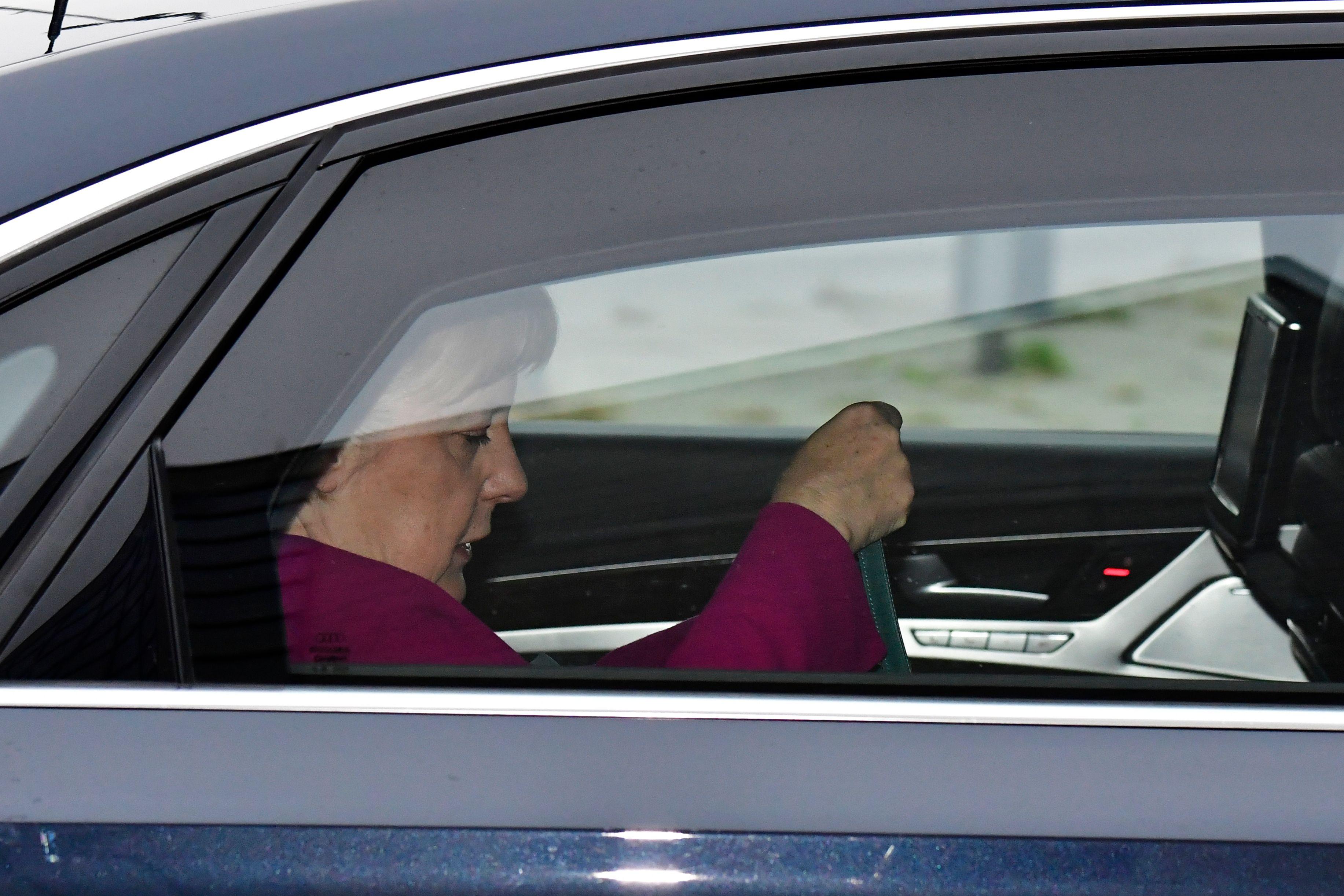 The CDU haemorrhaged votes, losing more than 11 per cent of its support, with the Greens and far-right Alternative for Germany (AfD) making big gains.

Merkel's decision to let in more than a million migrants in 2015 deeply divided the country and helped spark an election backlash.

German politics expert Nina Schick told The Sun: “This fast tracks her exit. It makes me think even more that she's not going to serve the entire term.

"She's not going to do a Margaret Thatcher or Helmut Kohl where you hang on and on. She's preparing to go. There's going to be a vacuum when she leaves."

Ms Shick said the news was "really bad" for French President Emmanuel Macron who has been relying on Merkel's help to reform the shaky eurozone. 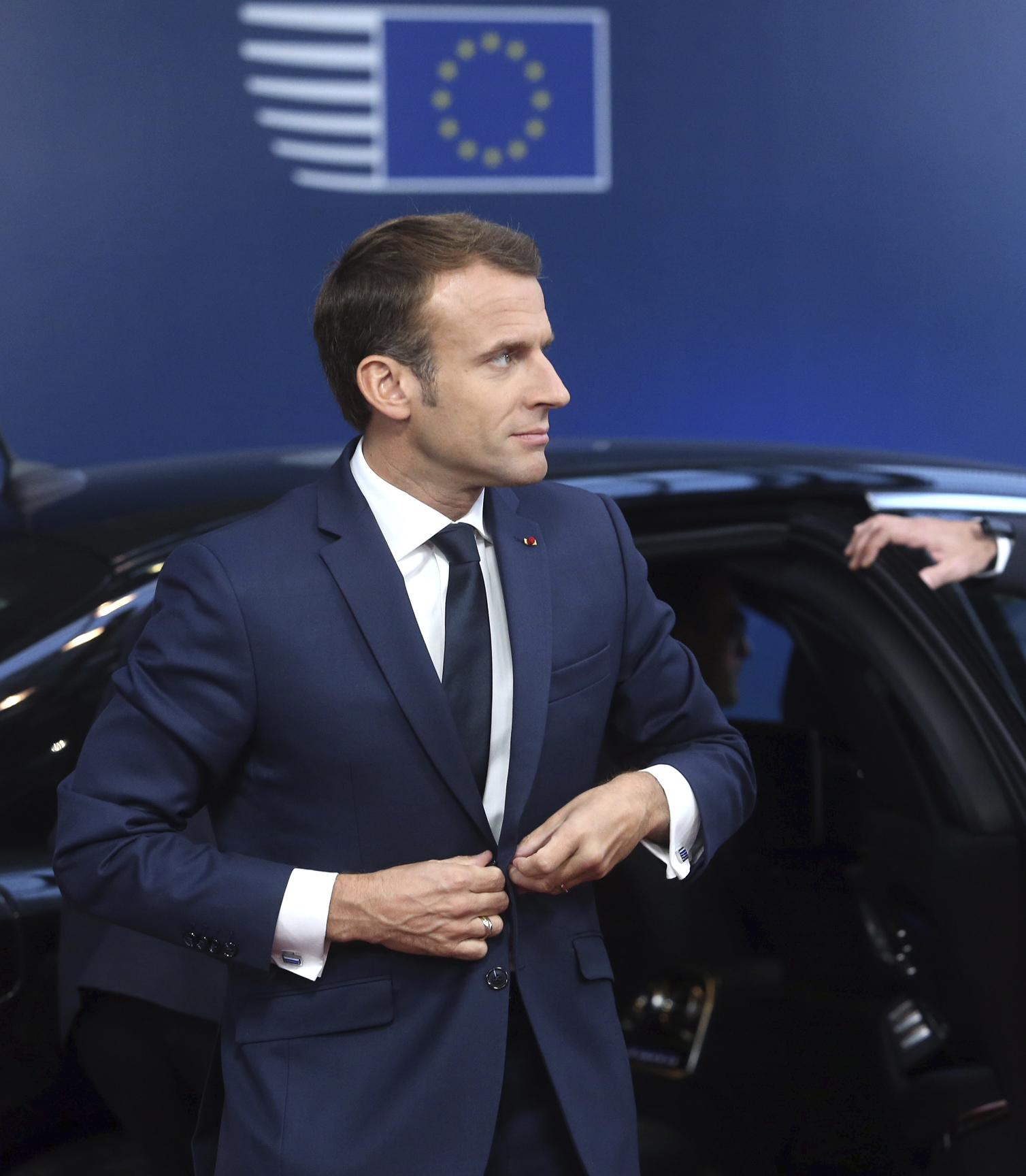 But it will have virtually no impact on the Brexit talks except to leave Berlin even "less engaged" on what is already a peripheral topic.

The CDU is due to hold a conference in December at which the party's leadership is up for renewal.

Her party came first in yesterday's election in the western state of Hesse but support fell by more than 11 points.

The embattled 64-year-old is also having to contend with pressure from her Social Democrat (SPD) junior coalition partners, who have bled support in Hesse and are under pressure to rethink their alliance with Merkel.

SPD leader Andrea Nahles, whose party saw support fall to its lowest since 1946, has threatened to end the alliance with the CDU if there is no improvement on policy.

Standing down from the party chair would allow a new CDU chairman or woman to build a profile before the next national election, due in 2021. 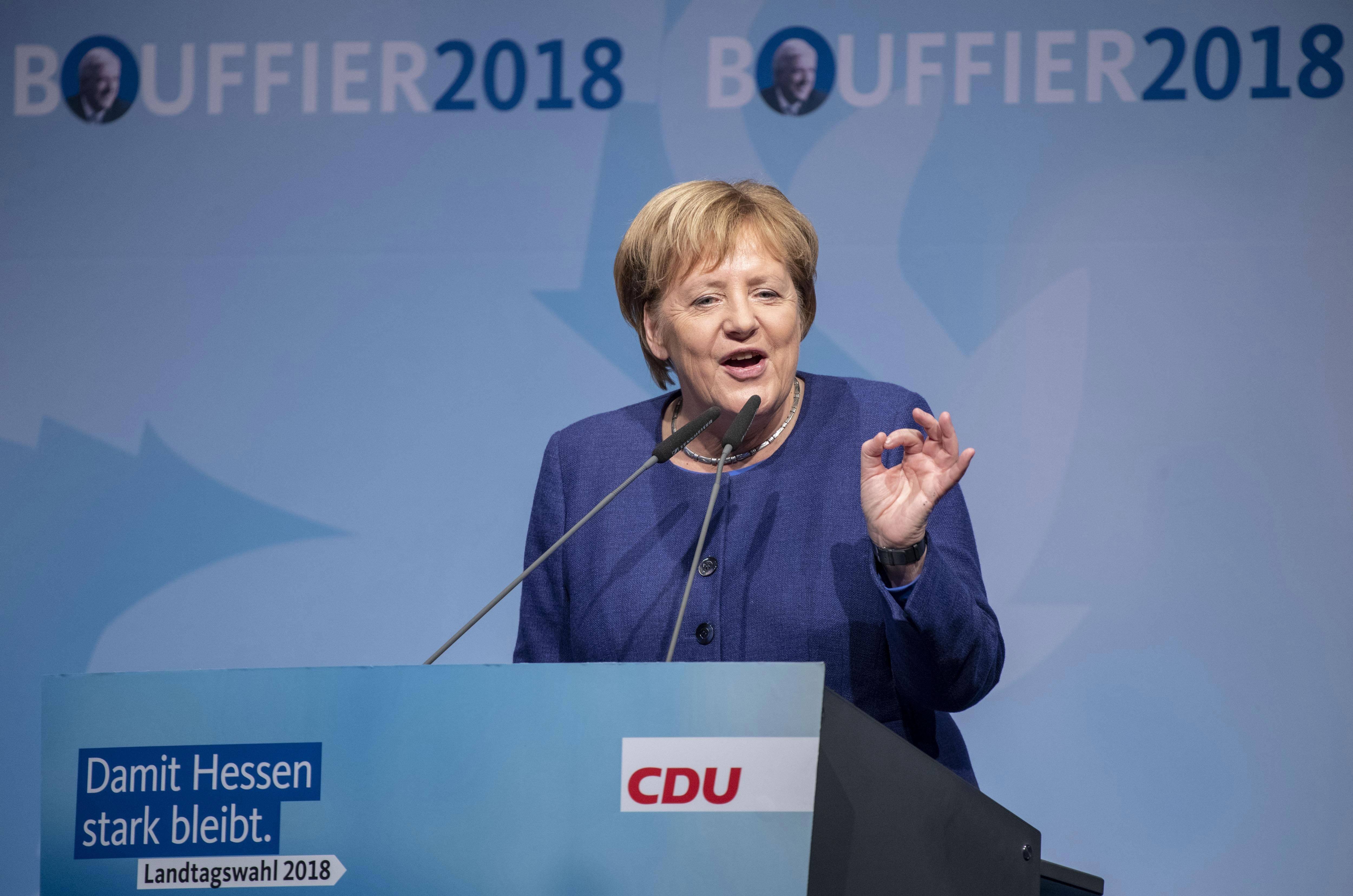 Merkel's coalition was twice on the brink of collapse, once over immigration policy and then over a dispute about the fate of the domestic intelligence chief who was accused of harbouring far-right views.

The instability has further eroded the credibility of the conservatives and the SPD in the eyes of Germans.

She currently governs Germany in a "grand coalition" of what traditionally have been the country's biggest parties the CDU, its Bavaria-only sister, the Christian Social Union, and the Social Democrats.

Her fourth-term government took only took office in March but has become notorious for internal squabbling. 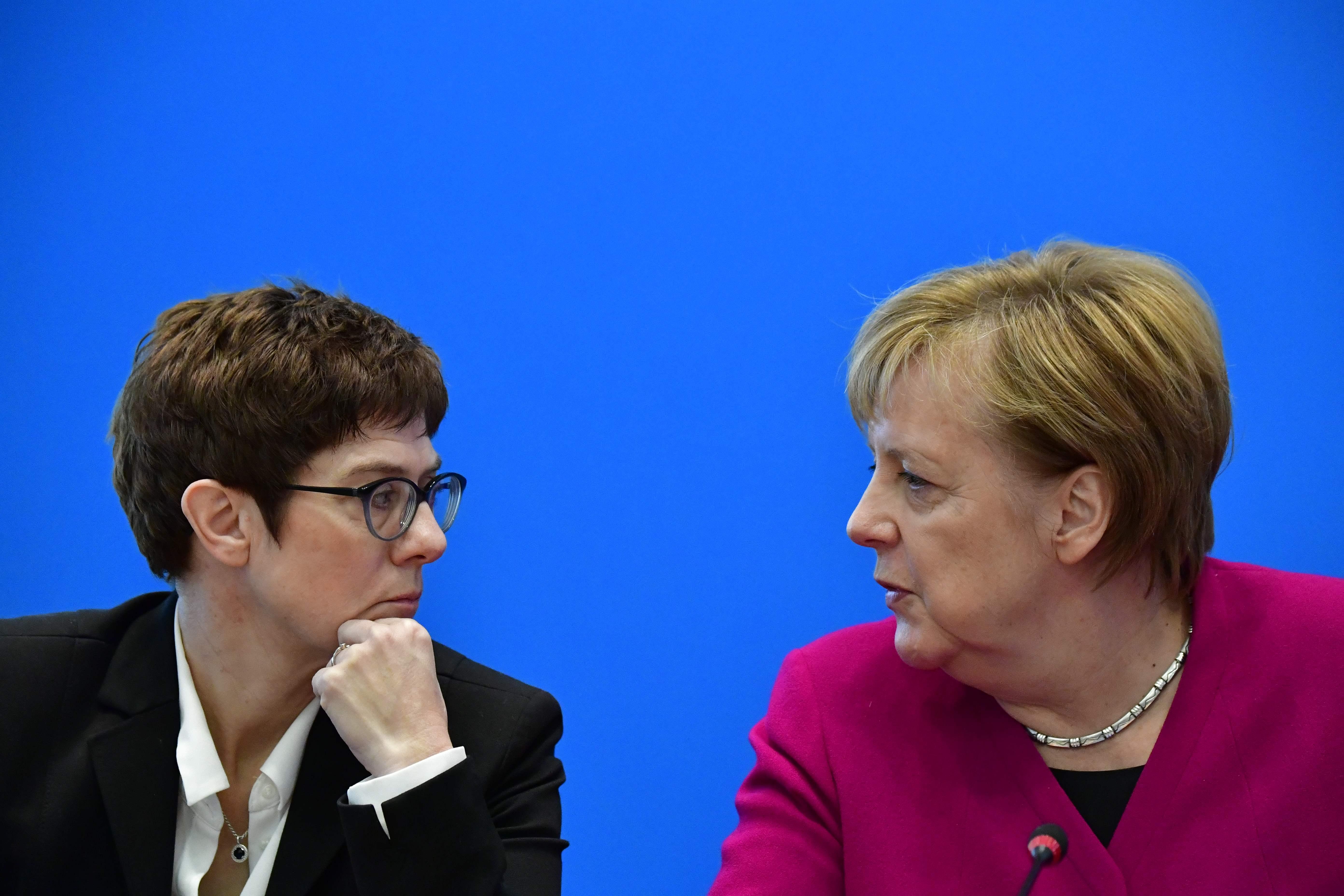 Yesterday's election in the central state of Hesse saw both Merkel's conservative Christian Democratic Union and the centre-left Social Democrats lose significant ground, while there were gains for both the Greens and the far-right Alternative for Germany.

Merkel's party managed an unimpressive win, narrowly salvaging a majority for its regional governing coalition with the Greens.

The debacle followed a battering in a state election in Bavaria two weeks ago for the CSU and the Social Democrats.

Nahles declined to comment Monday on the reports that Merkel might step down as CDU leader. The chancellor was scheduled to hold a news conference later in the day.