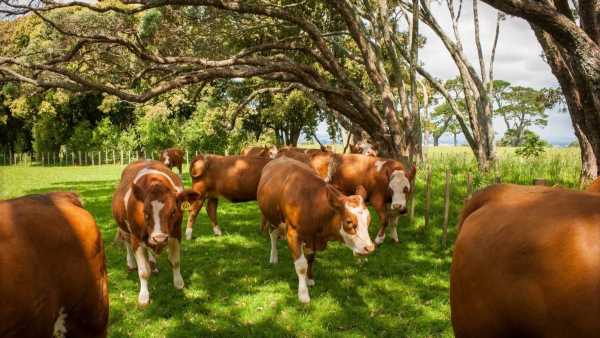 Officials running Auckland’s iconic Cornwall Park have come under fire after it was revealed that cows at the park will be shipped to Mongolia.

Now animal rights group Save Animals From Exploitation – better known as SAFE – are calling on the Cornwall Park Trust Board to reconsider its decision and to stop any future plans to sell more animals to live exporters.

“Cornwall Park is proud that our cows have been selected to help establish a breeding programme for Mongolian farmers.

“Like New Zealand, Mongolia’s farming systems are pasture-based,” it reads.

“This programme will help these remote villages become more self-sufficient and improve the villagers’ standard of living.”

SAFE chief executive Debra Ashton said Aucklanders would be shocked to learn their park was being used to raise animals for the controversial live export trade.

“Does the Cornwall Park Trust Board know for certain the conditions that they’re sending their cows to?

“They’ll face a long, rough journey in cramped, disgusting conditions before arriving at a country with high elevations and cold, dry conditions.”

The Cornwall Park Trust Board has been approached for comment.

Ashton said those conditions would be “far different” from their upbringings at leafy Cornwall Park.

On the Facebook announcement, many upset and disgruntled locals also made their views known.

Many of those who commented said they did not support the live export of animals to other countries.

“Surely they have their own cows already in their country more suited to their climate and area. I don’t agree with live exports,” one woman wrote.

“Please do not do this,” another appealed.

“It is an incredibly cruel journey and the Mongolian conditions are very cold and harsh – that’s why the yaks there have so much hair! Ban live export.”

Another said: “This is so sad, Cornwall Park. Is the few extra [money] you will get in the short term for these cows worth the suffering they will go through on board a ship?”