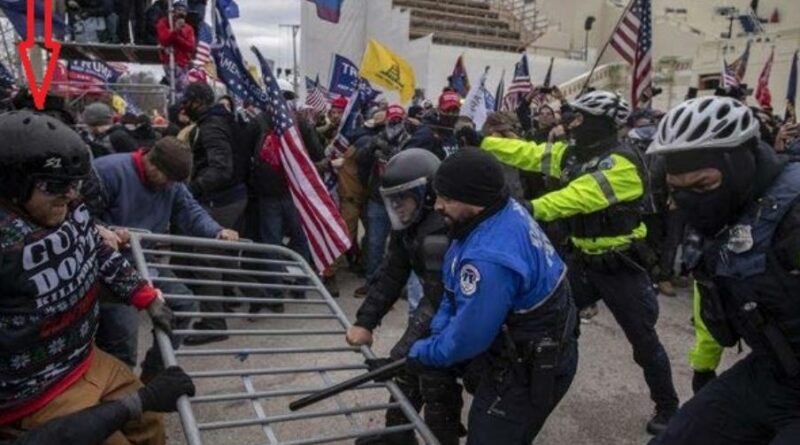 A 48-year-old Colorado man was arrested Wednesday for allegedly assaulting law enforcement during the Jan. 6 insurrection at the U.S. Capitol.

Thomas Patrick Hamner, of Peyton, was arrested in Colorado Springs on Wednesday and charged with engaging in physical violence in a restricted building or grounds, civil disorder, and assaulting, resisting or impeding certain officers with a dangerous weapon, the U.S. Attorney’s Office for the District of Columbia said in a news release.

Video footage from the afternoon of Jan. 6 allegedly shows Hamner — clad in a “Guns don’t kill people, Clintons do” sweater and a black helmet — fighting with officers over a police barricade on the west plaza of the Capitol, according to his arrest warrant, which was released Wednesday.

“Additionally, at approximately 1:40 p.m., Hamner joined other rioters in pushing a large metal sign into the defensive line formed by law enforcement,” investigators said in the complaint.

Hamner is the 11th Coloradan to be charged in the violent Capitol riot, which left five people dead, including a police officer.

More than 675 people have been arrested — across nearly every state — for crimes related to the riot, including more than 210 individuals charged with assaulting or impeding law enforcement, the U.S. Attorney’s Office said.