Ian Austin, ninth Labour Party MP to quit, says he has no plans to join the centrist Independent Group. 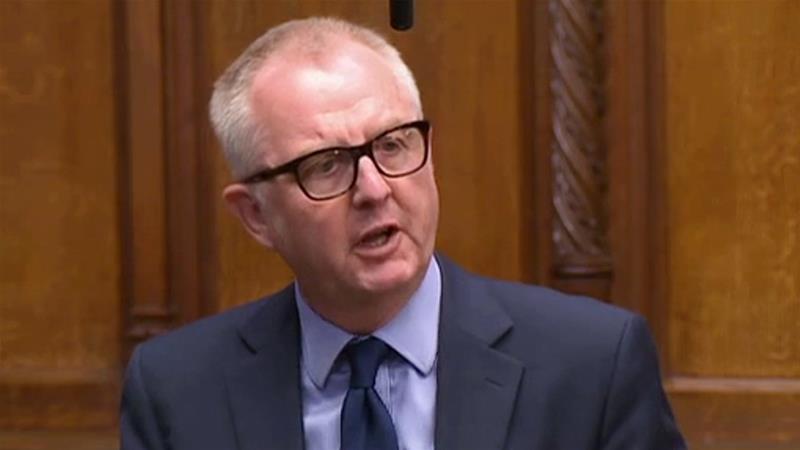 A ninth British parliamentarian has quit the opposition Labour Party, accusing it of having a “culture of extremism, anti-Semitism and intolerance” under its leader Jeremy Corbyn.

Ian Austin, MP for Dudley North, said on Friday he was appalled at the treatment of Jewish legislators who had taken a stand against anti-Semitism and that the “the party is tougher on the people complaining about anti-Semitism than it is on the anti-Semites”.

The party was “broken” and had been taken over by the “hard left”, he told the Express & Star newspaper.

“The Labour Party has been my life, so this has been the hardest decision I have ever had to take, but I have to be honest and the truth is that I have become ashamed of the Labour Party under Jeremy Corbyn.”

Labour has been dogged by allegations the party has become hostile to Jews under Corbyn, a long-time supporter of Palestinian rights and critic of the Israeli government, despite him repeatedly stating anti-Semitism has no place in the party.

A Labour spokesman said the party regretted that Austin had decided to leave.

“He was elected as a Labour Member of Parliament and so the democratic thing is to resign his seat and let the people of Dudley decide who should represent them,” he said.

Austin said he was not joining eight other former Labour MPs and three Conservatives who this week formed the centrist Independent Group.

The Conservative rebels cited opposition to what they see as their party’s increasingly hardline euroscepticism for their departures, while the Labour MPs blamed quitting on both its Brexit policy and its anti-Semitism issues.

The group hopes to gain members from disgruntled pro-Europeans in both Labour and Conservative parties and forge a new force at the centre of British politics.

They oppose the Conservative government’s determination to take Britain out of the European Union on March 29, even if there is no divorce deal in place.

A Labour legislator since 2005 and a former government minister, Austin supports Prime Minister Theresa May’s Brexit deal and is not in favour of holding a second referendum on the issue.