The popular US television personality – who had worked for CNN since 2013 – was found in the room in Strasbourg, France, the broadcaster said in a statement confirming his death. 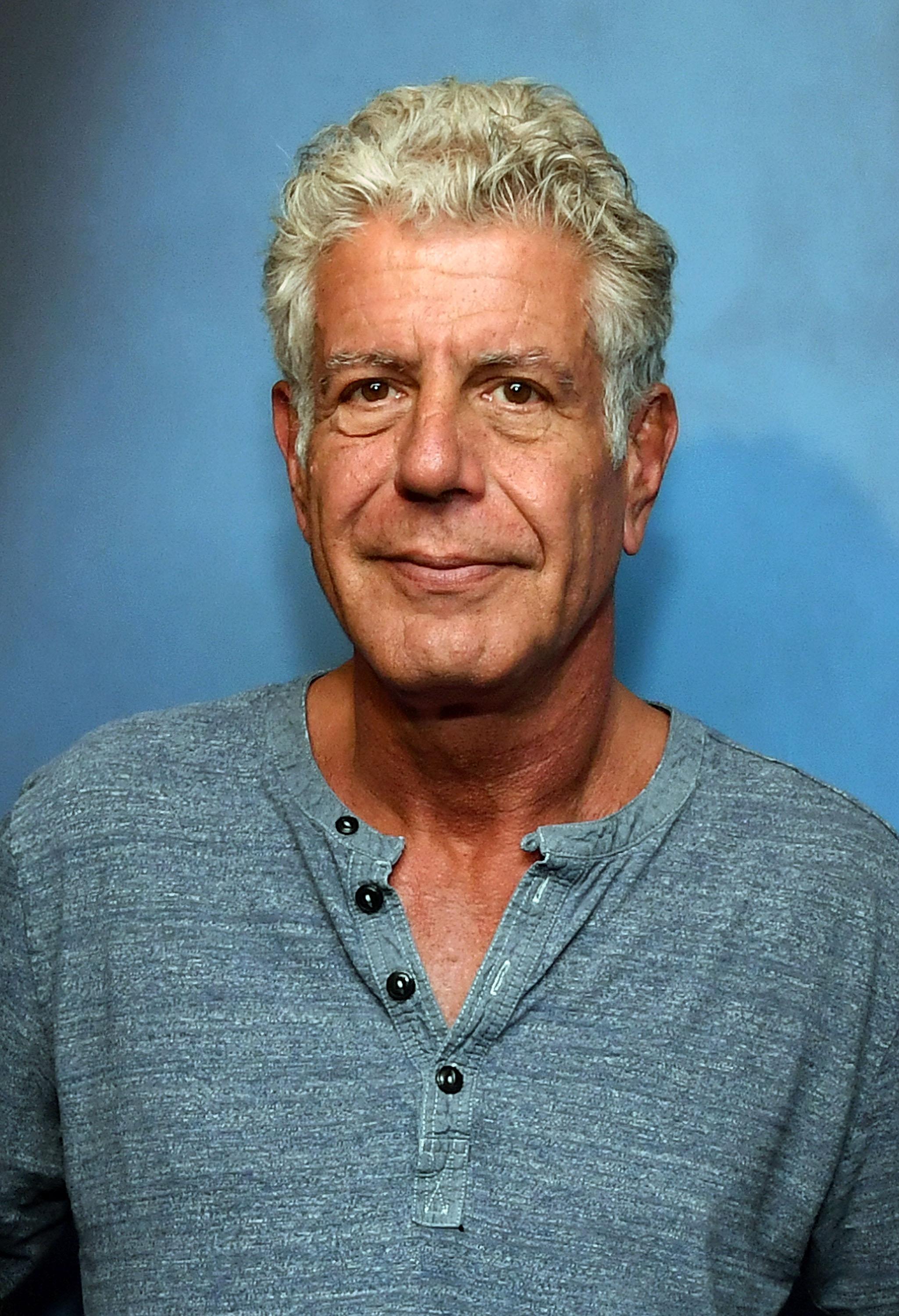 The US President today told reporters as he left the White House that Bourdain's death was "very shocking."

He added: "I enjoyed his show, he was quite a character."

Bourdain was found unresponsive in the hotel room by close friend and fellow chef Eric Ripert this morning, according to CNN.

Nigella Lawson tweeted: "Heartbroken to hear about Tony Bourdain’s death. Unbearable for his family and girlfriend. Am going off twitter for a while." 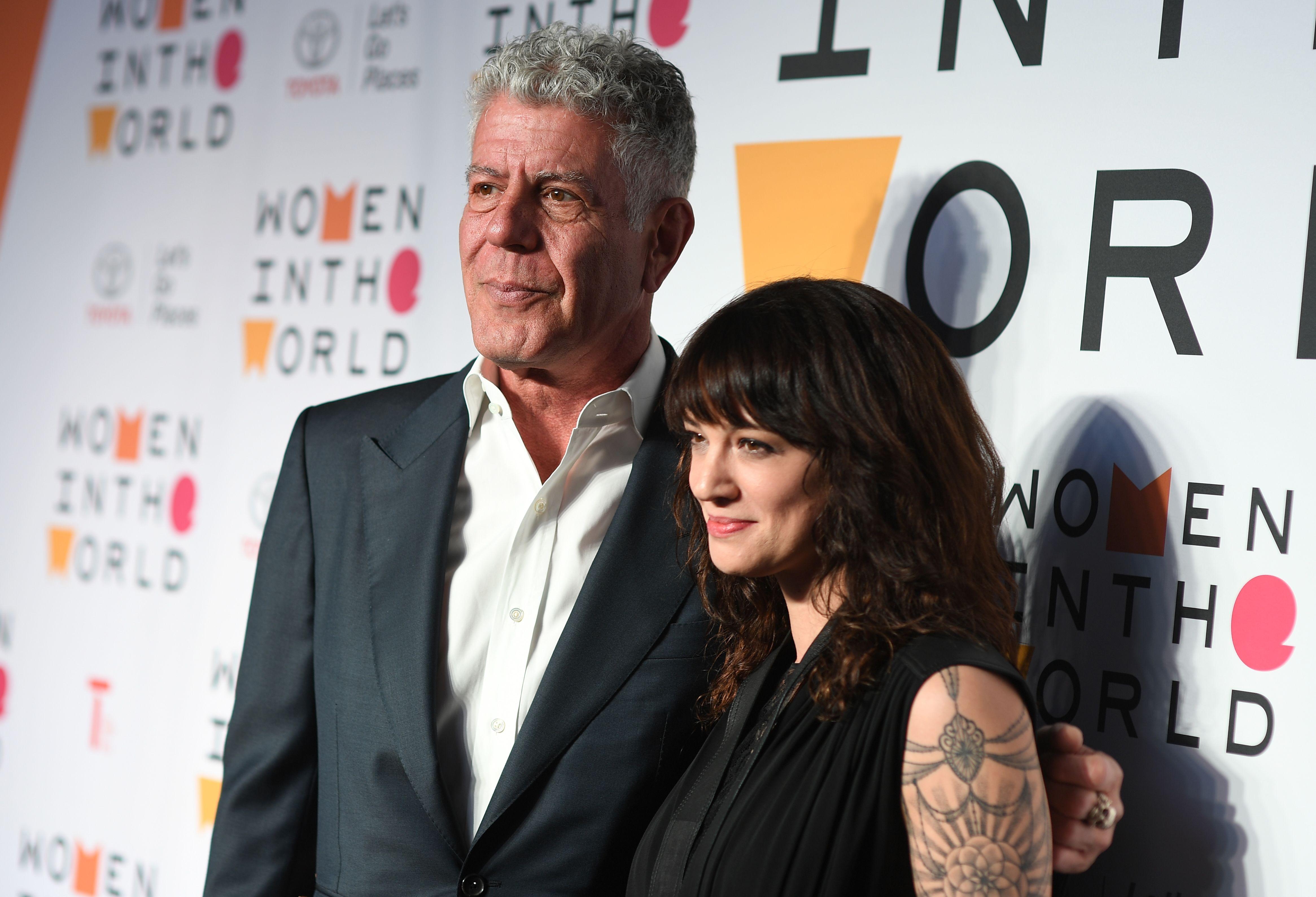 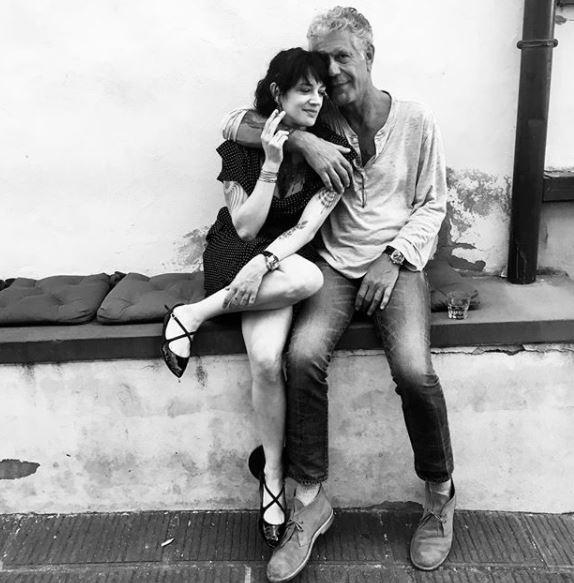 Gordon Ramsey reminded fans that help "is just a phone call away".

"Stunned and saddened by the loss of Anthony Bourdain. He brought the world into our homes and inspired so many people to explore cultures and cities through their food. 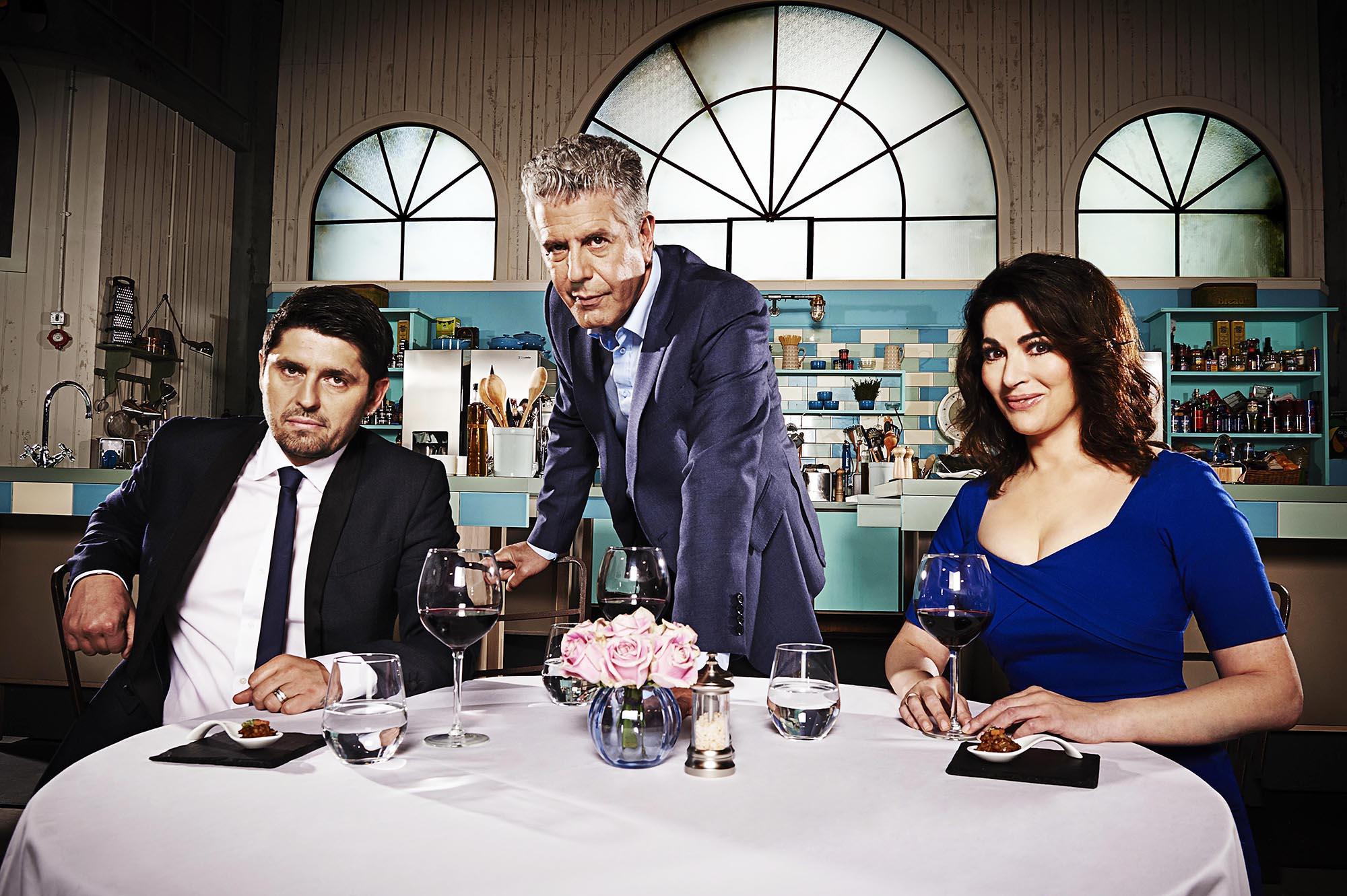 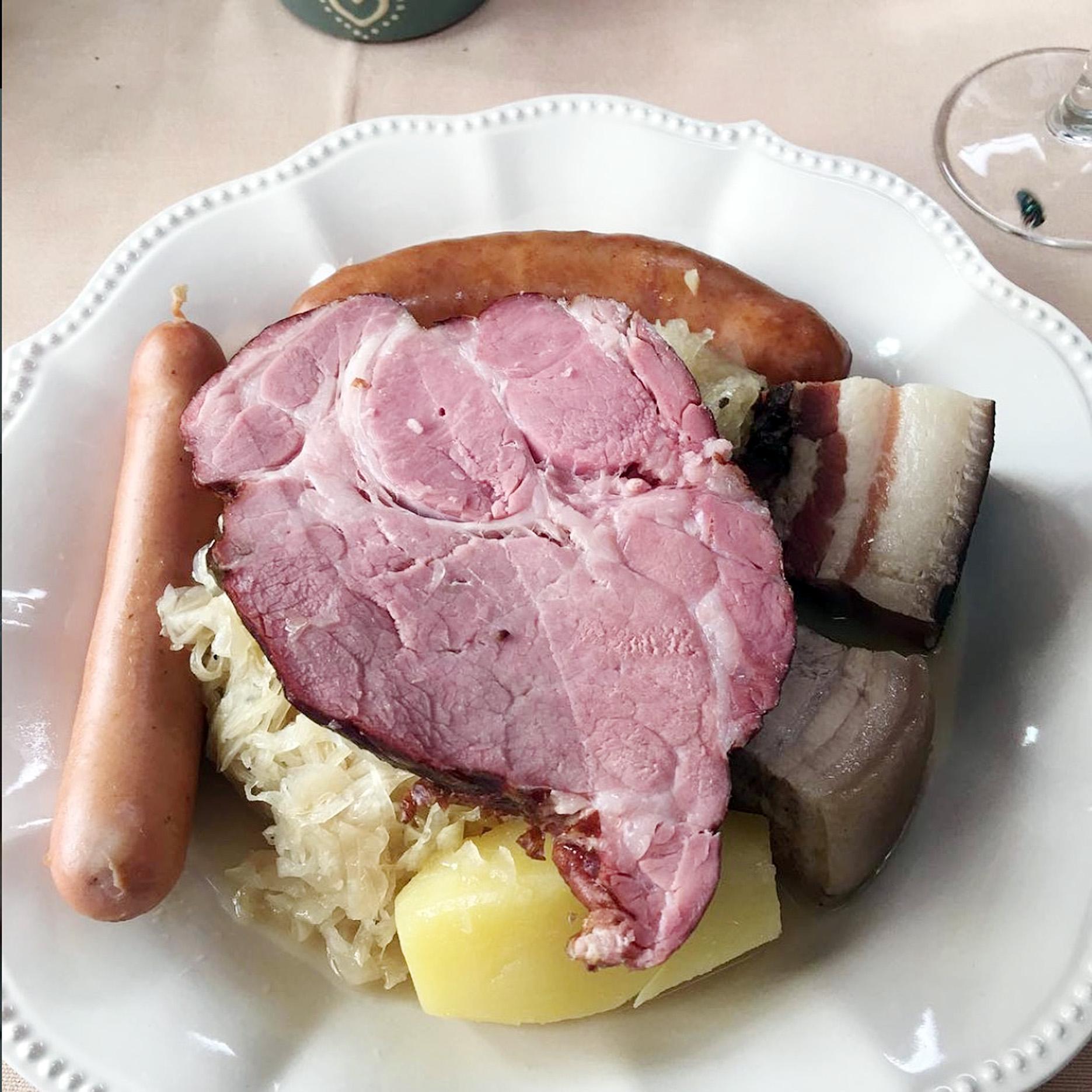 Bourdain's death was announced by his employer CNN just after midday.

A statement released by the company read: "It is with extraordinary sadness we can confirm the death of our friend and colleague, Anthony Bourdain.

"His love of great adventure, new friends, fine food and drink and the remarkable stories of the world made him a unique storyteller.

"His talents never ceased to amaze us and we will miss him very much. Our thoughts and prayers are with his daughter and family at this incredibly difficult time."

Strasbourg police, emergency services and regional authorities did not immediately have information about the death, and his assistant Laurie Woolever would not comment on what happened. 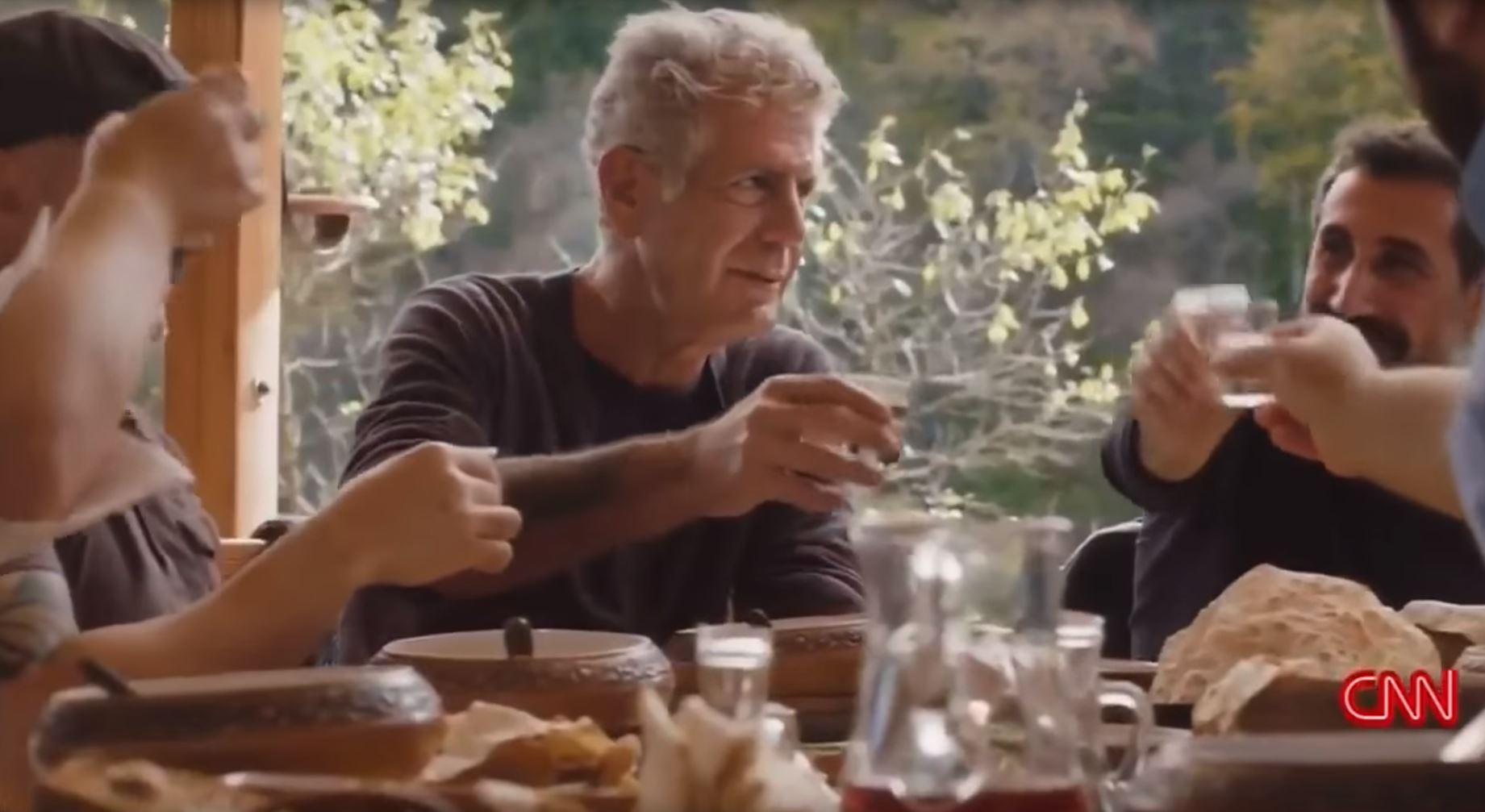 Bourdain was the host of CNN's Parts Unknown, a travel and food show which was widely lauded and claimed 5 Emmy Awards and 11 nominations.

It also won the prestigious Peabody Award, which is handed out annually to programmes deemed the most powerful and enlightening on television.

Breaking Bad star Bryan Cranston tweeted: "According to AFSP, there are nearly 45,000 suicides every year in the US. Shocking. I was saddened to hear of the deaths of Kate Spade and Anthony Bourdain. RIP.

"It illustrates that success is not immune to depression. We all need to be more aware of our friends who are suffering."

And former Governor of Arkansas Mike Huckabee tweeted: "Anthony Bourdain's suicide a sobering reminder of how fragile life is and that we never know what's going on inside of another.

"Suicide is rarely a person acting, but rather being acted upon by the disease of clinical depression. We are all vulnerable. So very sad."

Rose McGowan said: "Anthony I am so mad at you. You were so loved, the world is not better without you. I have a message for those considering suicide as a solution to a temporary problem.

"Please call a hotline. Please reach out. Asia needed you, Anthony. We needed you. Please come back."

Bourdain's death was the second suicide this week of a high-profile American figure.

Designer Kate Spade, who built a fashion empire on her signature handbags, was found dead in her New York apartment of suicide on Tuesday. 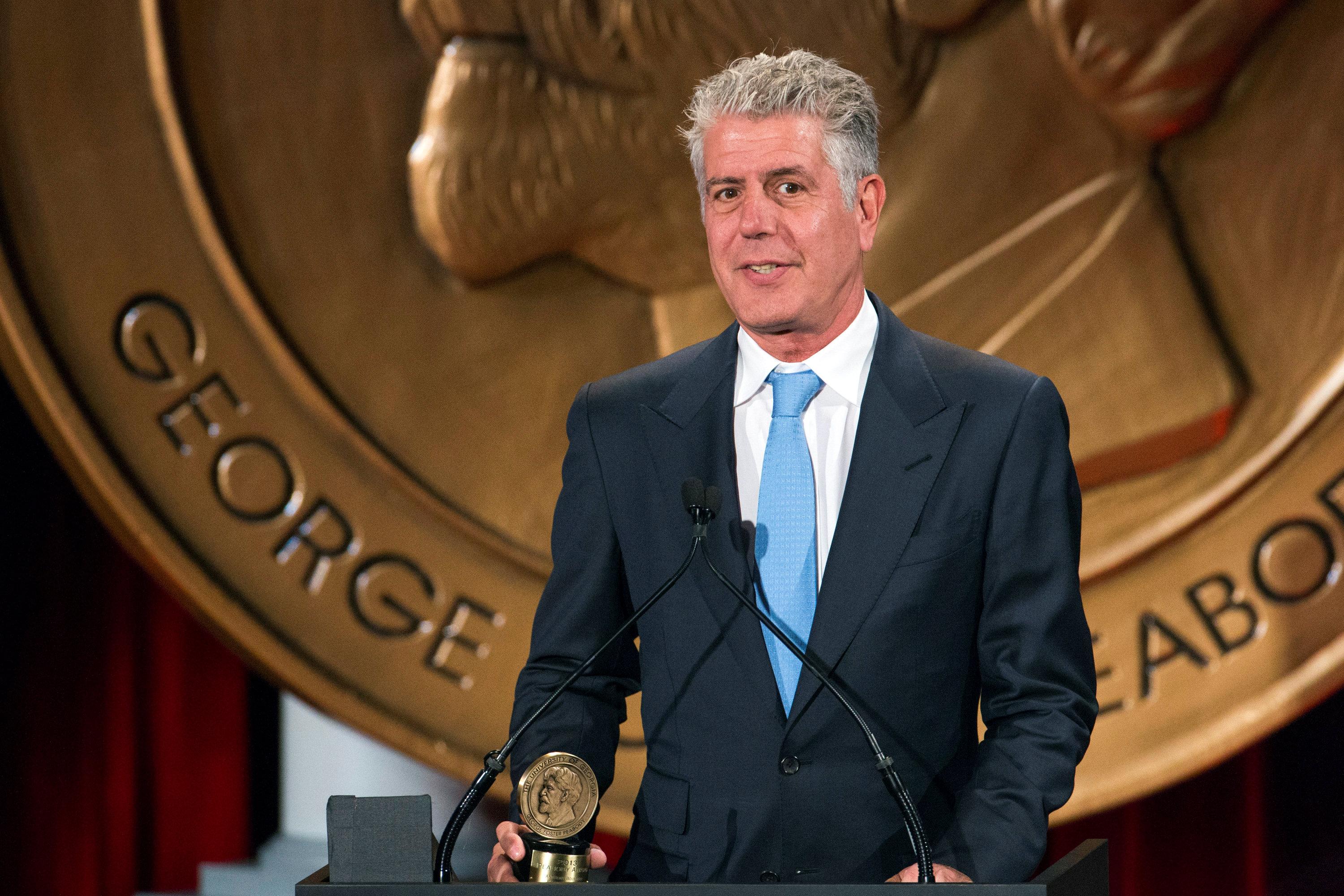 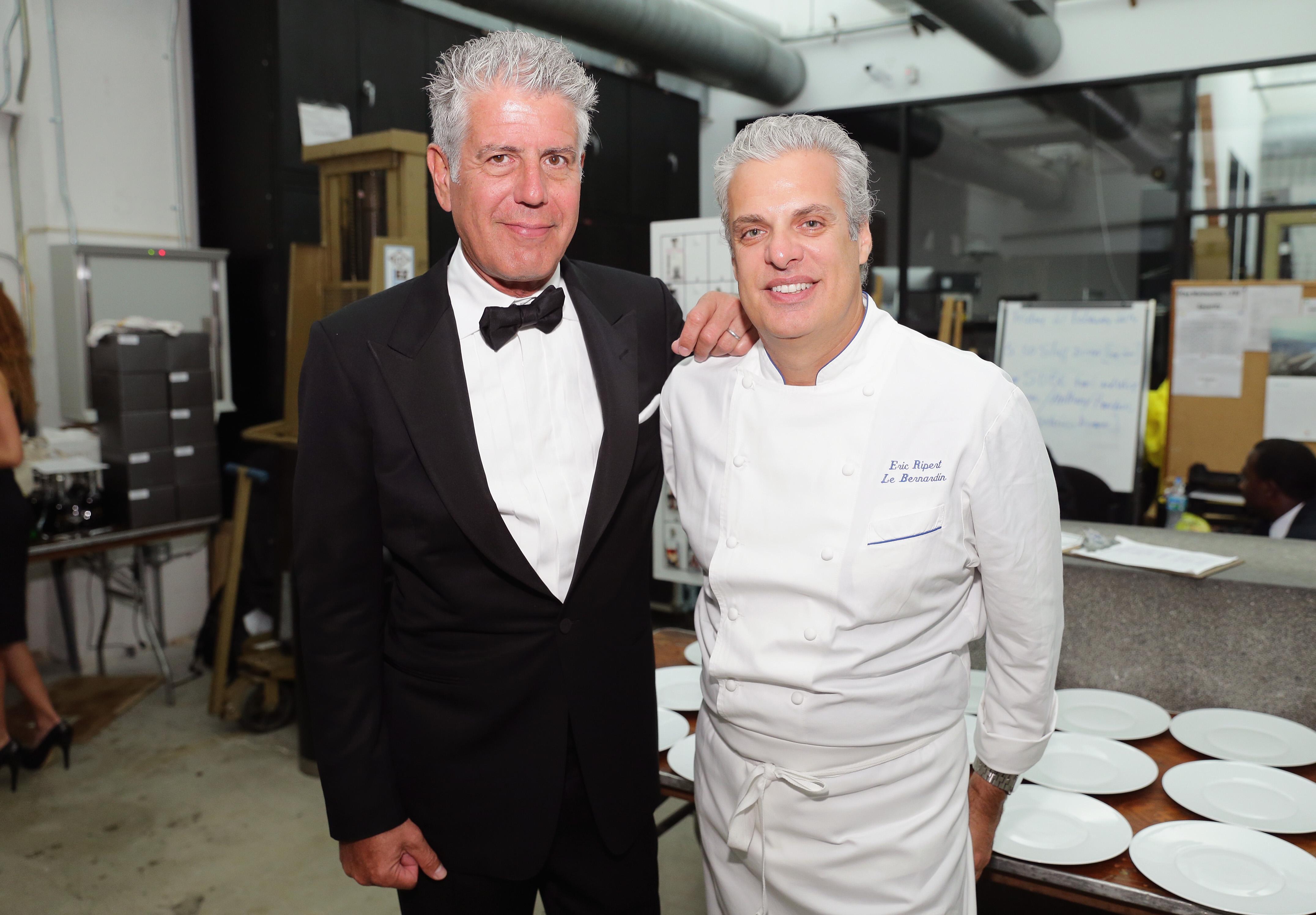 As an adult, he credited a summer holiday in France when he tried his first oyster on a fisherman's boat as sparking his love of food.

After attending high school in New Jersey, he went to Vassar College but dropped out after two years to begin his cooking career.

Bourdain's profile began to soar in 1999, when the New Yorker magazine published his article "Don't Eat Before Reading This," which he developed into the 2000 book, Kitchen Confidential: Adventures in the Culinary Underbelly.

In the preface to the latest edition of Kitchen Confidential, Bourdain wrote of his shock at the success off his book, which he wrote by getting up at 5am to steal a couple of hours at the computer before appearing at the saute station for lunch. 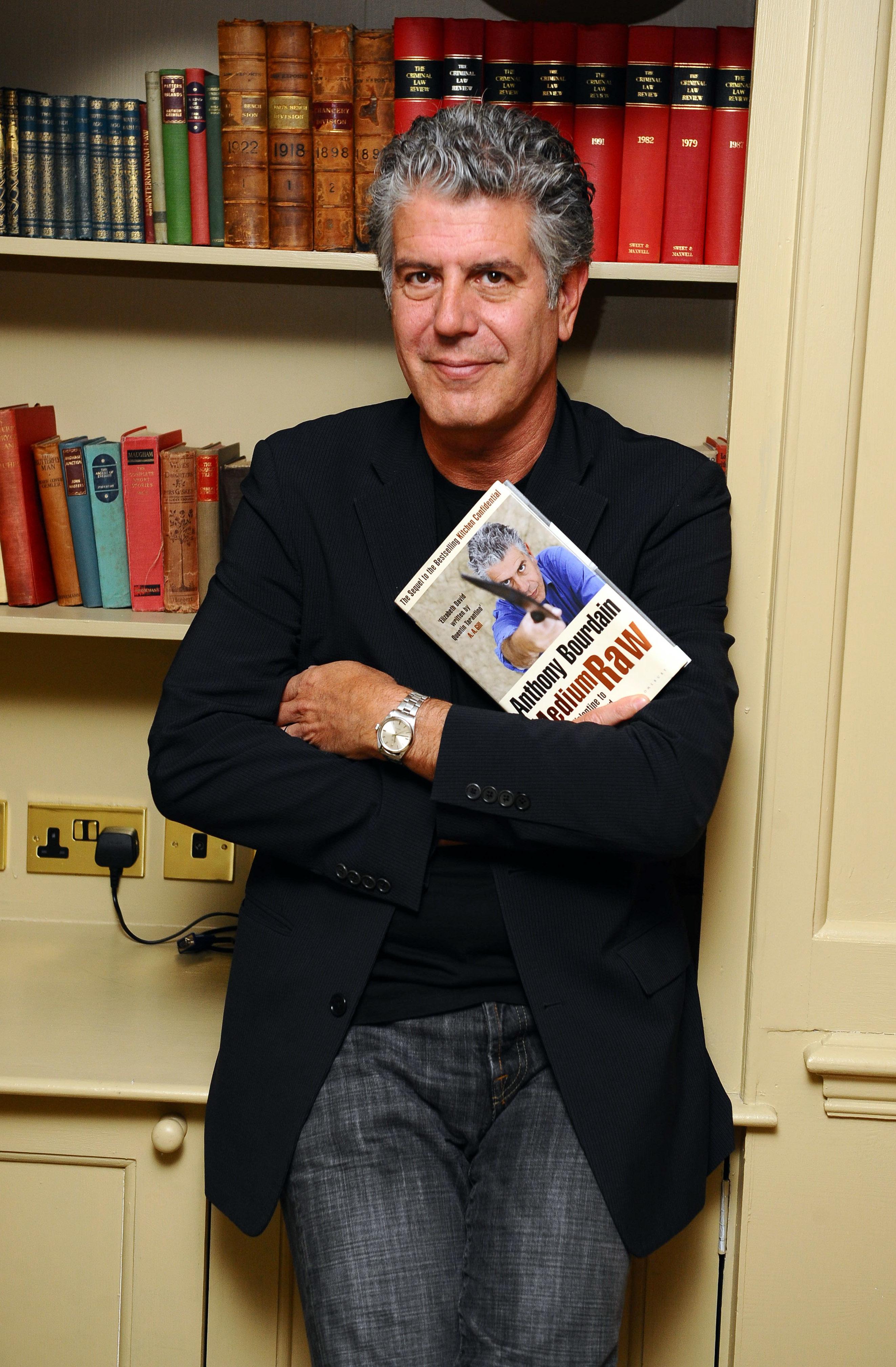 "What I set out to do was write a book that my fellow cooks would find entertaining and true.

"I wanted it to sound like me talking at say… ten o'clock on a Saturday night, after a busy dinner rush, me and a few cooks hanging around in the kitchen, knocking back a few beers and talking shit."

He added he really had no idea that anyone outside the world of chefs would even pay attention to his comments.

He wrote: "The new celebrity chef culture is a remarkable and admittedly annoying phenomenon. While it's been nothing but good for business and for me personally many of us in the life can't help snickering about it.

"Of all the professions, after all, few people are less suited to be suddenly thrown into the public eye than chefs." 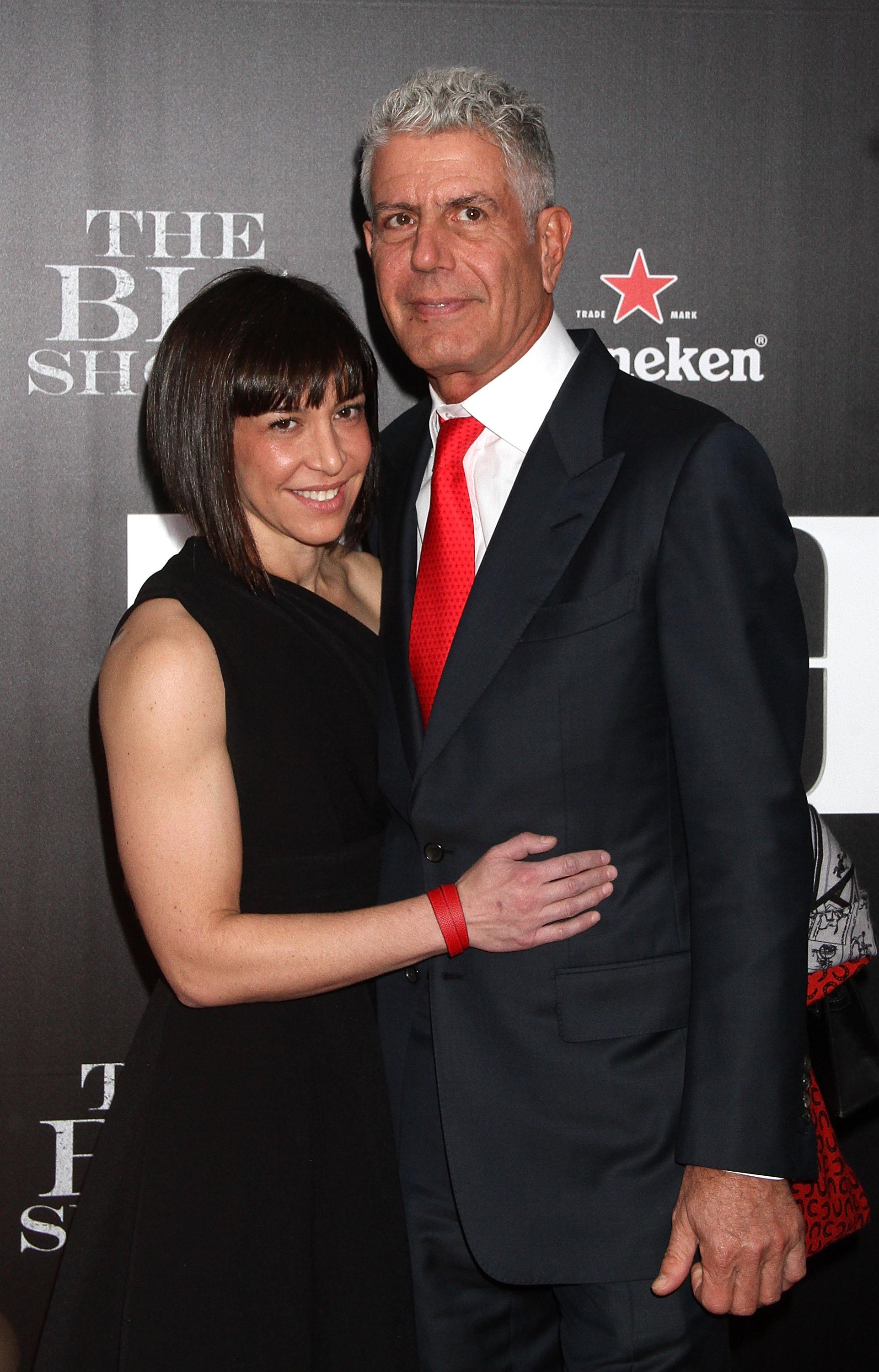 Following the book's success, Bourdain went on to host television programs, first on the Food Network and the Travel Channel, before joining CNN in 2013.

Bourdain told the New Yorker in 2017 that his idea for "Parts Unknown," which was in its 11th season, was traveling, eating and doing whatever he wanted.

The show featured meals in both out-of-the-way restaurants and the homes of locals, providing what the magazine called "communion with a foreign culture so unmitigated that it feels practically intravenous".

Bourdain's celebrity was such that when Obama went to Hanoi, Vietnam in May 2016, he met him at a casual restaurant for a £4.50 meal of noodles and grilled pork. 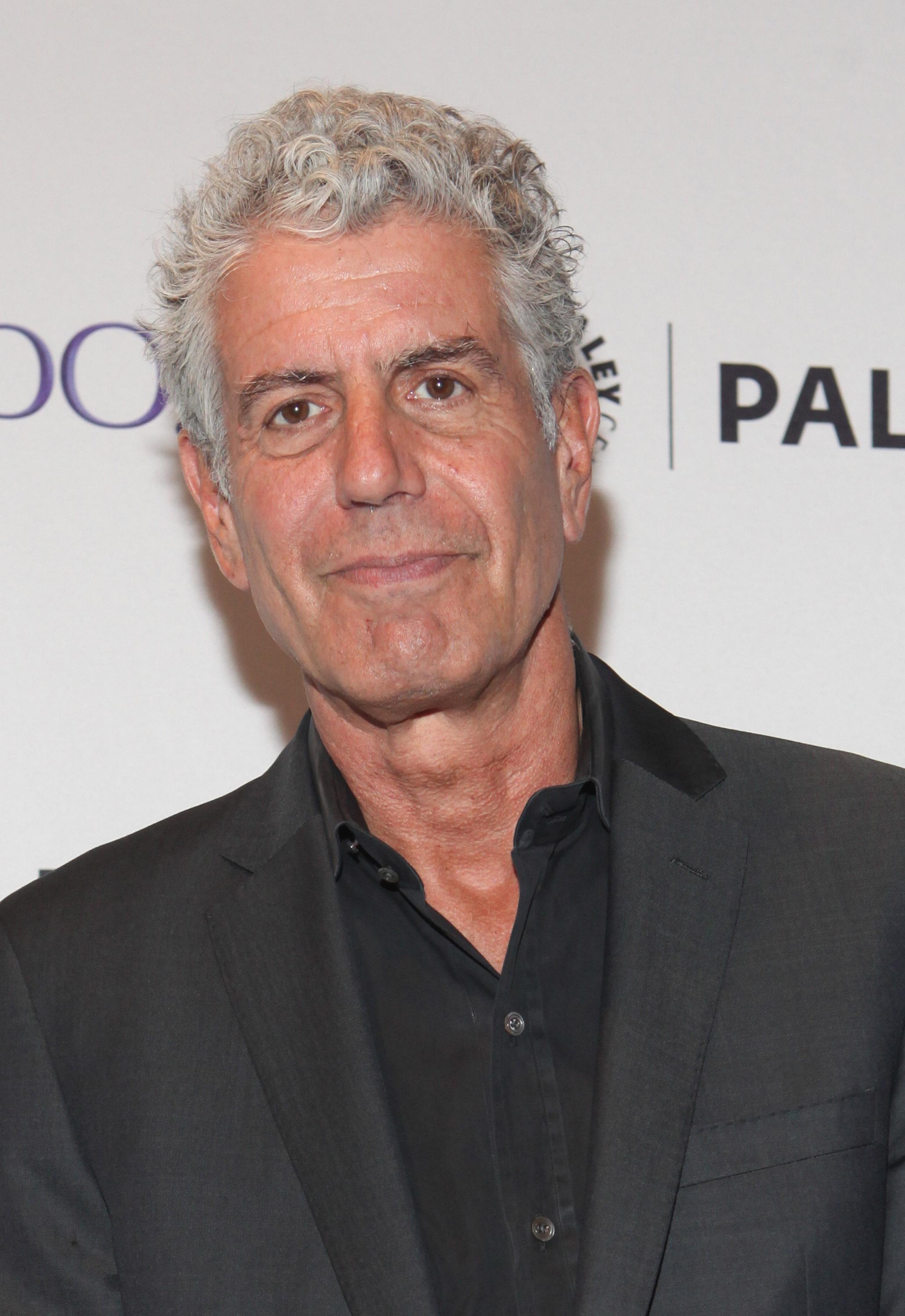 If you are affected by any of the issues raised in this article, please call the Samaritans on 116123.