Home » World News » Anti-Asian crime is awful, but ‘white supremacy’ isn’t driving most of it 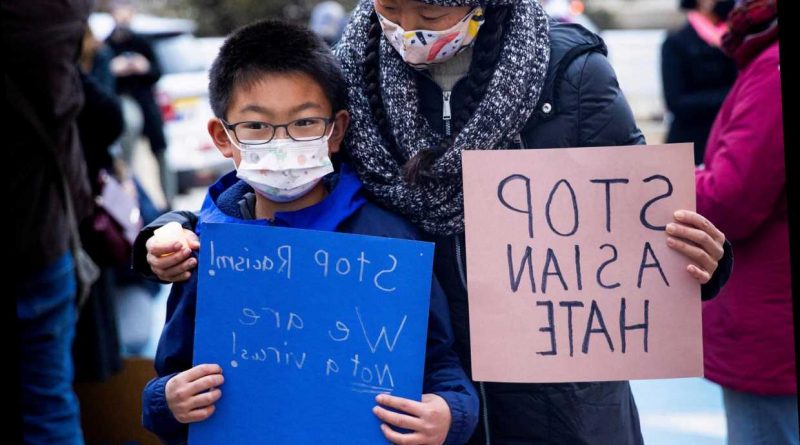 Democrats will live to regret it if they nuke the filibuster

Alzheimer's took my mom, but her dignity and love shone to the end

Every slander media flung at Florida's DeSantis was true of Cuomo

At least it’s permissible to question the conclusions of federal law-enforcement officials again.

During the Russia investigation and afterward, officials like FBI Director Christopher Wray were put on a pedestal by Democrats and the media. Now, Wray has occasioned Democratic dissents with his assessment that the horrifying murder spree at Atlanta-area spas that killed six Asian-American women wasn’t racially motivated.

Over the weekend, Sen. Tammy Duckworth (D-Ill.), said in response to Wray that she wanted to see a deeper investigation: “It looks racially motivated to me.” One of two new Democratic senators from Georgia, Raphael Warnock, agreed: “We all know hate when we see it.”

These are evidence-free objections to an FBI evaluation that we have every reason to believe is based on the best available facts.

All indications so far, including the perpetrator’s statement as related by the police and reporting about his background in the media, suggest that he was struggling with a sex addiction, visited massage parlors for sex and carried out his attacks as, by his perverse reasoning, vengeance against the parlors as the occasion for his temptation.

What he did is unforgivably awful, heartbreakingly destructive and, of course, profoundly hateful.

It’s just not the right kind of hate to fit a woke narrative of white supremacists targeting Asian Americans in a frenzy of racism fueled by former President Donald Trump’s use of terms like “the China virus” and “Kung Flu” during the pandemic.

There has been an ongoing effort to link the spa shootings to a trend of increasing hate crimes against Asian Americans. There is much still to learn about this phenomenon. It may have peaked last spring with the onset of the coronavirus and certainly appears to have driven by several big cities, especially New York City, Los Angeles and the Bay Area. But this broader trend doesn’t appear to fit a neat woke narrative, either.

For one thing, many attacks against Asian Americans clearly aren’t acts of white supremacism or even incidents of racial hatred.

It is an unfortunate feature of big American cities at the moment that not much explanation is needed for attacks against anyone other than a rising tide of lawlessness. That surely accounts for some significant percentage — if by no means all — of the attacks.

A high-profile stabbing of a Chinese man in Manhattan in February was carried out by a troubled 23-year-old man from Yemen. Despite pressure from Asian-American activists, prosecutors declined to charge the assault as a hate crime after they found no evidence that it was.

The suspect in the killing of Vicha Ratanapakdee — an elderly Thai American who died after being brutally pushed to the ground in broad daylight in San Francisco in January — is a 19-year-old black man.

Last March, an Asian-American woman was assailed on a bus in The Bronx by a group of black teenage girls, who accused her of spreading the coronavirus. There can be no doubt about the racial element of this assault, but the perpetrators belonged to one of the demographic groups in America least likely to be influenced by Trump or to favor white nationalism.

A New York Times story on attacks in New York referred to the awkwardness when the attackers are other minorities. It noted that some Asian-American community leaders “say tougher enforcement could end up pitting Asian Americans against black and Latino communities, inflaming racial tensions.”

The head of a Chinese social-services agency told the paper that “many of his Asian colleagues were verbally harassed during the pandemic but chose not to alert law enforcement, because they worried the perpetrators, who were often people of color, could be mistreated by the police.”