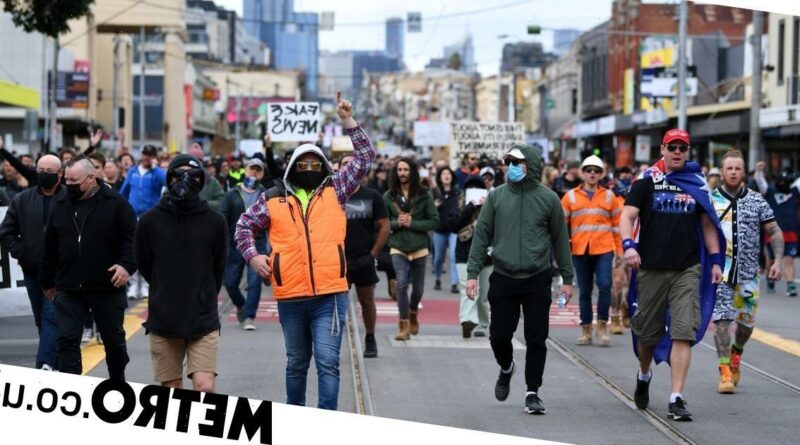 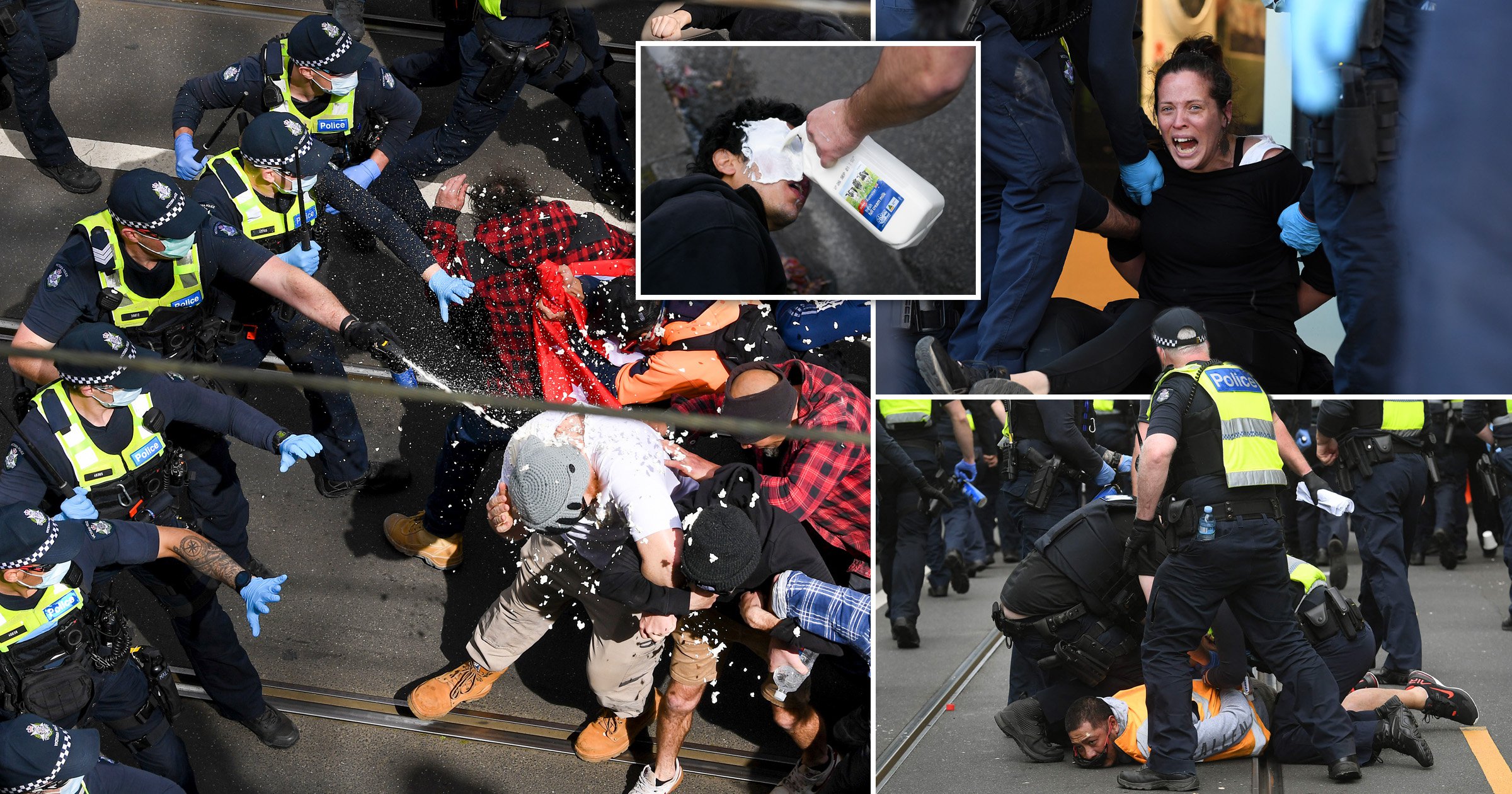 Violence broke out in Australia as anti-lockdown protestors clashed with police during a series of so-called ‘Freedom rallies.’

Thousands of officers were deployed to disperse around 1,000 demonstrators in Melbourne who had pledged to defy the city’s stay-at-home orders.

Stones, traffic cones and bottles were hurled at officers who used pepper spray and batons against the mostly unmasked crowds.

Footage from the scuffles in Richmond and Hawthorn suburbs, in the country’s second largest city, showed police descending on the angry mob, who let off flares and blocked main roads carrying placards that read ‘FREEDOM’.

Victoria police arrested 235 protesters and three officers remained in hospital, while in Sydney 32 arrests were made and 265 fines handed out.

It comes as 1,882 new Covid-19 cases and seven deaths were recorded in Australia in the latest 24-hour period.

Melbourne has spent 228 days in lockdown since March last year, while residents of Sydney have been under stay-at-home orders since late June after a surge in cases caused by the Delta variant.

Many have blasted them as ‘an insult’ to healthcare staff on the frontline of the Delta outbreak, and those working to vaccinate the population.

Kon Karapanagiotidis, CEO of a refugee non-profit in Australia, said: ‘My love and respect goes out to all the doctors, nurses, health care workers working around the clock in our emergency and ICU departments in Melbourne to save lives of people with Covid-19. What an insult to them all today’s protests are.’