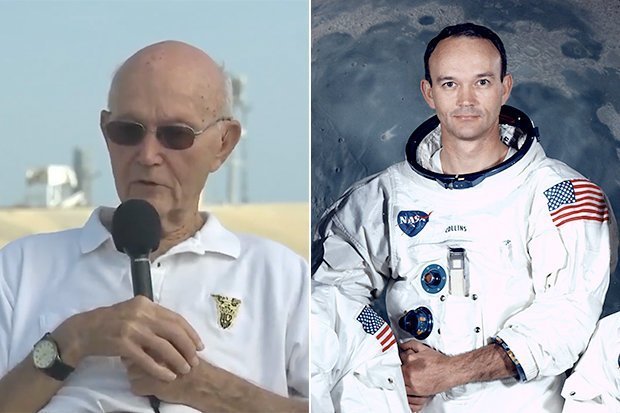 In 1969, he embarked on the NASA mission along with Buzz Aldrin and Neil Armstrong.

Unlike them, Collins remained onboard the command module Columbia in orbit – and did not get to set foot on the Moon.

NASA is now hoping to land back on the Moon by 2024, this time with a female astronaut on the Artemis programme.

Asked about the future of space travel, Collins today said: “I love the word Artemis, the twin of Apollo.

“I think women can do anything men can do in space, perhaps they can do it better.

However, Collins would prefer to step foot on Mars rather than return.

He added: “I don’t want to go back to the Moon, I want to go direct to Mars.

“I grant it, they have a great deal of merit to their argument.

“Neil Armstrong, whom I consider to be a much better engineer than I, thought that there were gaps in our knowledge and that we could fill those chinks by returning to the Moon.

“That would assist us mightily in our attempt to go to Mars.”