Home » World News » Apple’s AirTags are being used to stalk people, here’s how to prevent that

Apple’s (AAPL) AirTags can serve as a great tool for people who lose things. My wife and I have attached AirTags to our house keys in case we misplace them either out in the world or, more likely, in our apartment.

But recent reports show they’re also being used to stalk people without their knowledge. On Thursday, two California women said they received a notification on their phones telling them that an unknown AirTag was tracking them, according to KABC. They were, however, unable to locate the tiny white puck.

That follows an Instagram post by model Brooks Nader, who said she was out in Manhattan when she received a notification telling her that she was being tracked by an AirTag that someone slipped into her coat.

Other stories of AirTags being hidden behind vehicles’ license plates to track drivers have cropped up since the devices were released last year.

This isn’t a new issue, either. Privacy experts and tech journalists raised concerns over fears AirTags could be used to track people without their knowledge when they were first released.

In a statement, Apple said, "We take customer safety very seriously and are committed to AirTag’s privacy and security. AirTag is designed with a set of proactive features to discourage unwanted tracking — a first in the industry — that both inform users if an unknown AirTag might be with them, and deter bad actors from using an AirTag for nefarious purposes."

Here's how to determine if you’re being tracked by an AirTag and how to turn it off when you find it.

AirTags work by communicating with Apple’s network of more than 1 billion devices. So if an iOS device is near your AirTag, even if you don’t own the tracker, it will be able to ping the AirTag and send its location to your device.

But that’s also what allows people to use the tags for more nefarious purposes. Apple, however, has included safeguards designed to alert you if someone is using an AirTag to track you. 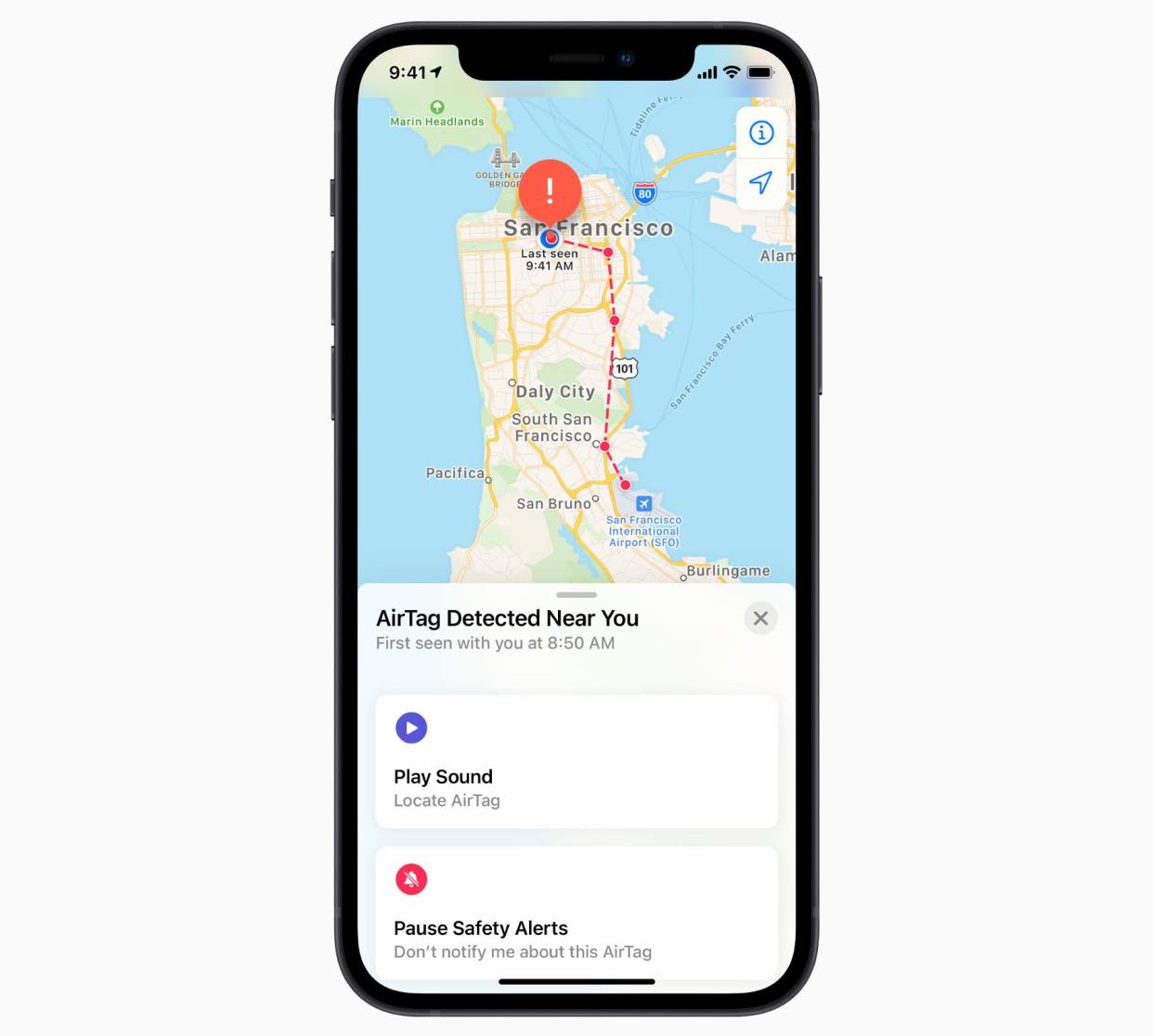 The first is if you’ve got an updated iOS device and it recognizes an AirTag that doesn’t belong to you, you’ll receive a notification telling you as much. From there, you can see how long it’s been with you, and the route it’s tracked.

From the notification, you’ll be able to disable the AirTag so that it can no longer track your location. You should also contact your local police department if you suspect you’re being tracked.

AirTags will start playing noises randomly between 8 to 12 hours after they are separated from their owner. Apple would originally only allow the AirTags to start making noise after three days, but cut it down over concerns about misuse.

If you receive a notification on your iOS device about AirTag, you can also make it play a noise to better help you find it.

When Apple initially released AirTags, the only means Android users had to locate suspicious trackers was to listen for the sound they made. But those sounds aren’t always loud, especially if a tracker is stuffed into a purse or placed on the outside of a car.

To that end, the company has released an Android app called Tracker Detect that you can use to scan for AirTags or any trackers compatible with Apple’s Find My network software.

If a tracker is detected, the app will tell you how to remove the battery to disable it. Doing so is as easy as pressing down on the back of the AirTag and twisting.

Whether you’re an iOS or Android user, if you find an AirTag or other tracker on you and feel that you’re in danger, your best bet is to reach out to the police.