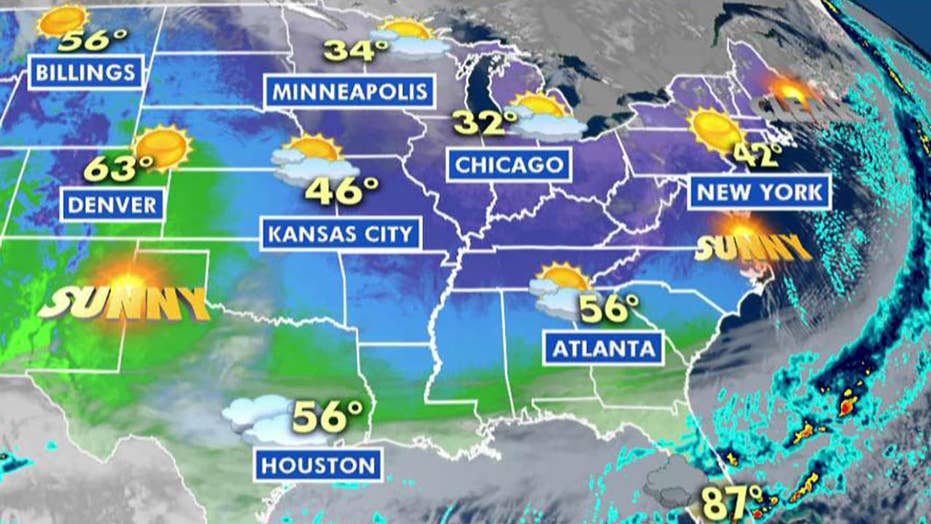 Janice Dean has your FoxCast.

A powerful Arctic Surge across most of the U.S. is expected to bring record-breaking cold temperatures early next week.

The National Weather Service (NWS) says numerous cold weather records for mid-November could be broken in the central, southern, and eastern U.S. states. 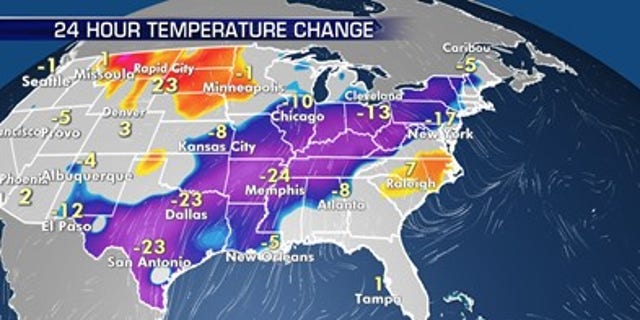 A powerful Arctic Surge is expected to hand most of the U.S. with record-breaking cold temperatures early next week. <br data-cke-eol="1">
(Fox News)

The Arctic front moving in on Sunday is expected to bring temperatures in the upper midwest to the teens, while freeze warnings are expected all the way towards the gulf coast on Monday, Fox News Senior Meteorologist Janice Dean said on Fox & Friends.

"Because we have cold air on the move, any storm system that moves in next week could mean some accumulating snow," Dean said.

The NWS is forecasting 170 potential daily record cold temperatures between Monday and Wednesday, according to a Tweet by Jonathan Erdman of the Weather Channel.

He described the temperatures as "A little taste of January in November."

Temperatures will plunge from the northern Plains and upper Midwest Sunday as the cold travels into the southern Plains and Ohio Valley on Monday and through the East Coast and South by Tuesday, according to the Weather Channel.

On Monday, high temperatures are scheduled to stay in the teens and 20s in the Midwest and Great Lakes. It's forecasted to be the coldest Veterans Day on record in Chicago and Minneapolis, according to the outlet. 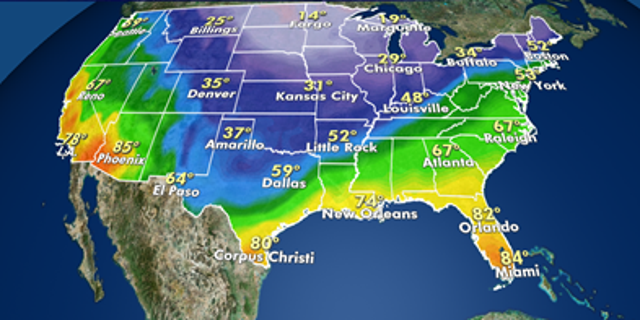 On Monday, high temperatures are scheduled to stay in the teens and 20s in the Midwest and Great Lakes
(Fox News)

By Tuesday, record cold is possible in the Northeast, Ohio Valley and parts of the South – with highs only getting into the 30s as far south as Alabama, according to the Weather Channel.

The Florida Panhandle could reach lows in the 30s on Wednesday and Thursday morning, according to USA Today.

The outlet says a storm system might accompany the cold over the central U.S. – bringing icy conditions to the central Plains, while snow could be in the forecast for parts of the eastern and southern U.S.

"Any kind of storm system that develops over that cold air mass we could see the potential for snow, so stay tuned for that," Dean said. "Next week as it gets colder, we'll have to stay tuned."