BUENOS AIRES (Reuters) – Argentina’s incoming cabinet has already been chosen and will be revealed on Friday, President-elect Alberto Fernandez said on Tuesday, while his team confirmed a few major picks, including the incoming foreign minister and chief of staff. 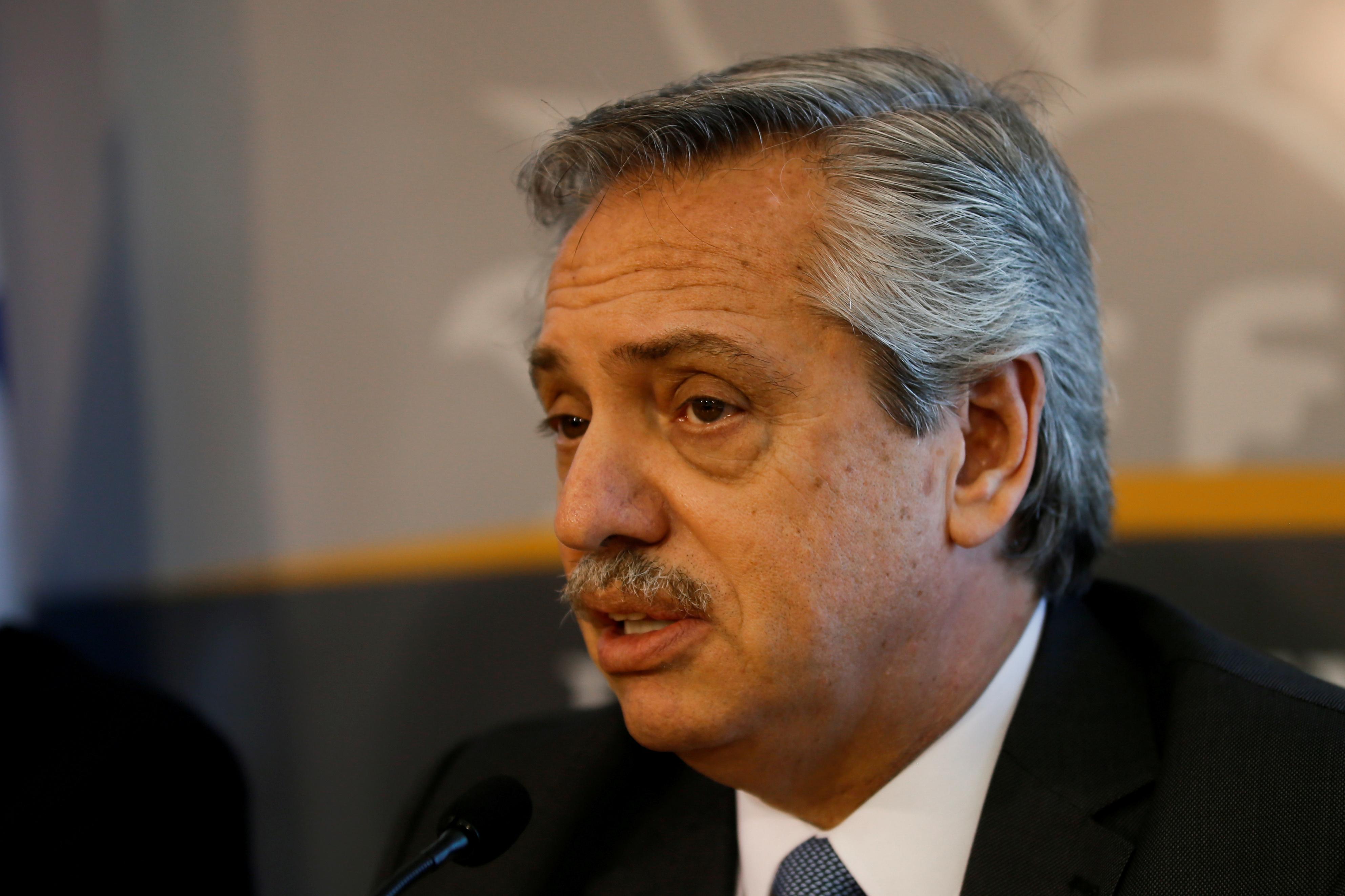 As the country and markets watch closely for the make-up of the Peronist’s core leadership team, the key economic roles are still under wraps, with talks ongoing about how those will be structured, a spokesman for the leftist leader said.

“The cabinet is defined. Everything is already chosen and we are all working. We will present it on Friday at 6 pm (2100 GMT),” Fernandez said a post on an official Twitter account. This followed comments made on local radio station Metro 95.1.

The incoming center-left leader gave little detail away, though he downplayed the influence of his vice president-elect, Cristina Fernandez de Kirchner.

The spokesman told Reuters that young political scientist Santiago Cafiero, heir to a historic Peronist family, will likely be Cabinet chief, and that former Buenos Aires governor Felipe Solá will take on the role of foreign minister.

Eduardo de Pedro, a “Kirchnerist” farther to the left in the Peronist political movement, will also be part of the cabinet, the spokesman said, without revealing his role.

“The aim is to make a cabinet that represents all sectors of Frente de Todos,” he said, referring to Fernandez’s coalition, which translates as “Front for All.” “The delay (naming the cabinet) is due to negotiations between the different sectors.”

Fernandez’s team has kept a tight lid on picks for the top economy role, though a few key people are likely to play at least some role either in the formal cabinet or as advisers.

In recent weeks so many names have been touted to head the economy that a running joke is that the candidates are so numerous they could fill a soccer stadium.

One source with knowledge of the matter and some domestic media have also said that Miguel Angel Pesce, an economist, is in line to take the central bank presidency.

Fernandez’s spokesman said that the structure of the economic roles has not yet been defined, which could include a powerful ministry with many secretariats or several ministries.

Fernandez said on Tuesday that Fernandez de Kirchner, a divisive former president who clashed with creditors and the farm sector during her two-term administration, had given advice on the cabinet but denied she had installed her own people.

“Cristina influenced the make-up of the cabinet in the way a person whose opinion I value would but did not fill the cabinet with her own names. We are a united front. What I am looking for is that everyone is represented,” he said.

Fernandez, who will come into office on Dec. 10 after winning an October election against incumbent Macri, faces a string of challenges including reviving stalled growth and renegotiating a painful debt pile with global creditors.

The country’s economy has been mired in recession for much of the last year, with annual inflation above 50%, sky-high benchmark interest rates and the central bank forced to drain dollar reserves to prop up a tumbling peso currency.

The economic crisis hammered Macri, who lost by a landslide in an August primary election ahead of the Oct. 27 vote, which sparked a market crash as investors feared political uncertainty with the return of the Peronist left.

Argentina is in talks with creditors and the International Monetary Fund to ease the burden of the country’s sovereign debt, with restructuring talks involving a total of around $100 billion.

According to the outgoing government, about $28 billion worth of debt with private holders and international organizations is due to mature in 2020.

In a tongue-in-cheek comment about his higher-profile running mate, Fernandez said he enjoyed U.S. series “Veep,” where former senator Selina Meyer rises to become president, but that it did not mirror the situation in Argentina.

“To clear up any doubts, I have no plans to resign or leave my position until the last day”, Fernandez said.