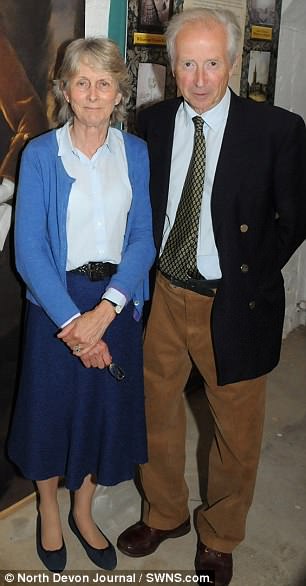 An aristocrat has sparked a tourism war by hitting out over a Channel Island cashing in on a new blockbuster movie filmed on her land in Devon.

Lady Angela Stucley, the owner of Hartland Abbey, has spoken out after the release of new film The Guernsey Literary and Potato Peel Pie Society.

The movie, starring Lily James, Michiel Huisman and Matthew Goode is set on Guernsey which is said to be benefiting from a tourism boost as a result.

The movie hit the cinemas on April 20 with a huge promotional push to attract visitors to Guernsey on the back of its success.

But Lady Stucley says the movie was in fact filmed 200 miles away in North Devon – as she feels the area is unfairly missing out on the flood of positive publicity.

She said: ‘It was filmed on the Hartland Abbey estate and at Clovelly and some other locations in North Devon at this time last year in glorious weather.

‘What us Hartlandites and Clovellyites would love to do is to get it into the wider world that rather than – as widely advertised by Guernsey tourism – it being actually Guernsey. It is in fact the beautiful North Devon coast. 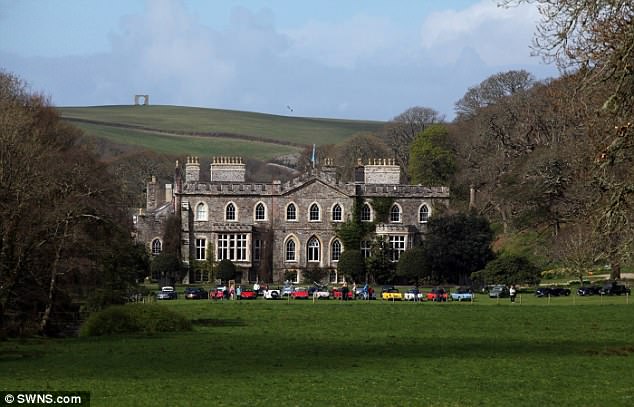 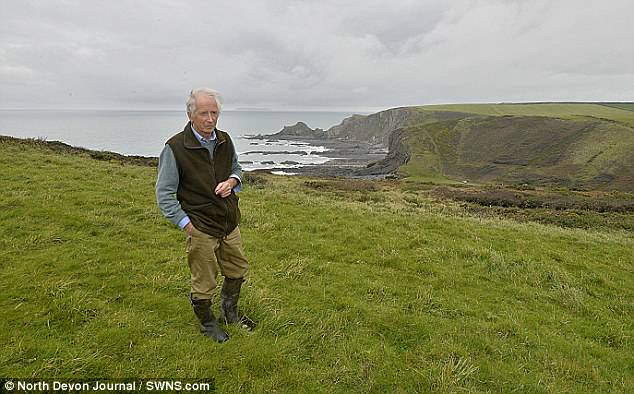 Lady Stucley, whose husband Sir Hugh is pictured, feels her local area is unfairly missing out on the flood of positive publicity following the release of the film on April 20

‘It is a wonderful opportunity to shout about it – but now is the time because the film is on at present and soon it will have left the cinemas.’

Lady Angela added: ‘We don’t want to do the dirty on Guernsey, but we just want to stick up for our patch and tell the world how stunning North Devon is. Actually, it’s quite ingenious of Guernsey (to cash in) as not one second was filmed there.

‘The producers told me that there wasn’t enough unspoilt country and no tax incentive. But it is all beautifully filmed. It even features an aeroplane landing at Saunton Sands.’

Historic Hartland Abbey and the country estate that surrounds it is a former monastery, which dates back to the 12th century.

Lady Stucley, who staged Prince William’s stag do on her land in 2011 due to her son George’s close friendship with the royal, said they were in need of a tourist boost with visitor numbers down in recent days due to bad weather.

She added: ‘I see a great opportunity to try and persuade them to visit the Hartland Peninsula and North Devon thanks to the film. 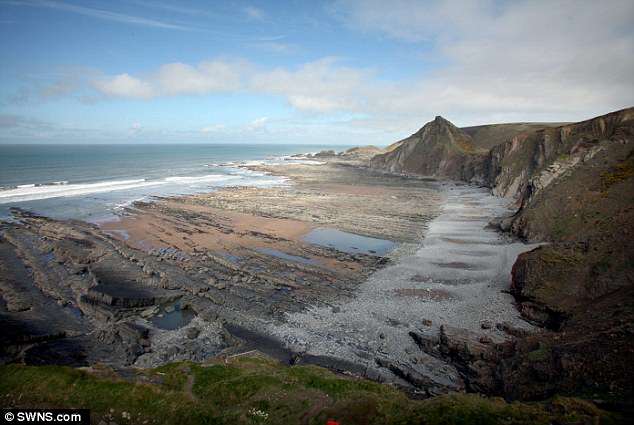 Speke’s Mill Valley, near Hartland Abbey, is one of the settings for the film released last month 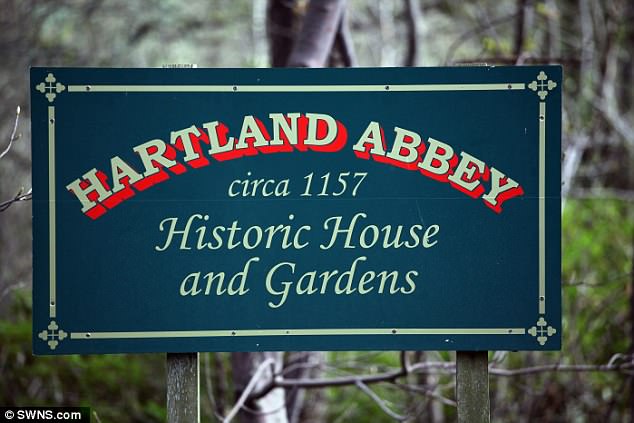 Historic Hartland Abbey and the country estate that surrounds it is a former monastery,

‘The Guernsey tourism website does not go all the way in identifying the island as being the actual location for the film.

‘But not surprisingly it does make quite a song and dance about the The Guernsey Literary and Potato Peel Pie Society – to the extent that it even features a short internet movie which portrays the storyline’s ‘real Guernsey locations’.

VisitGuernsey has capitalised on the release of the film with a £130,000 TV advert and a campaign that featured the slogan ‘Visit the island that inspired the story’ to try and encourage more tourists.

Alongside VisitGuernsey, the film’s producers, StudioCanal have made a ten-second advert which was shown for the three weeks leading up to the film’s UK release on April 20.

The tourist body has also aired a second 30-second advert which will be shown to almost 700,000 cinema goers.

Mike Hopkins, director of marketing and tourism for VisitGuernsey, said: ‘Cinema goers will see our advert on the big screen and then watch the Guernsey Literary and Potato Peel Pie Society film straight afterwards. 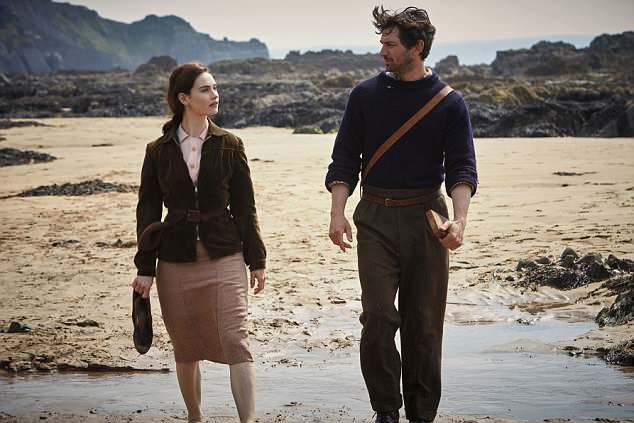 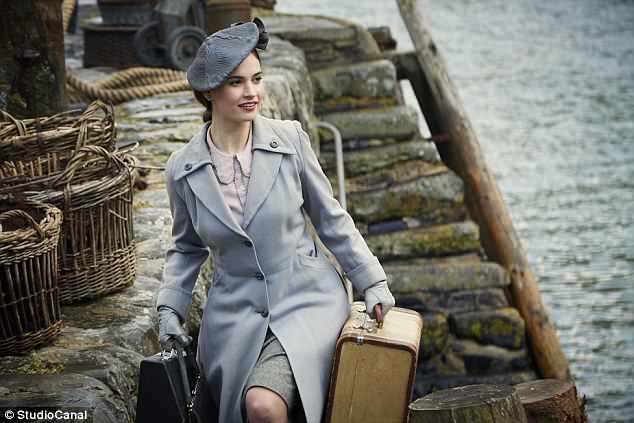 James is pictured playing Ms Ashton in the new film, which was released in Britain on April 20

‘(It is) a fantastic opportunity to showcase Guernsey to an already engaged audience and inspire them to visit our beautiful island.’

The Guernsey Literary and Potato Peel Pie Society was written by Mary Ann Shaffer who, like the novel’s main character, fell in love with Guernsey and its history.

On a whim she decided to fly to the island, but became stranded due to adverse weather – which is when she became fascinated by the German occupation and the effects it had on island life.

Shaffer died before completing the book but later her niece, Annie Barrows, finished the novel.

In the movie, the lead character Juliet, played by James, receives a letter from a member of a literary club which had been inaugurated in Nazi-occupied Guernsey.

She decides to visit the island where she meets the eccentric members of the group – including the rugged farmer who wrote her the letter.