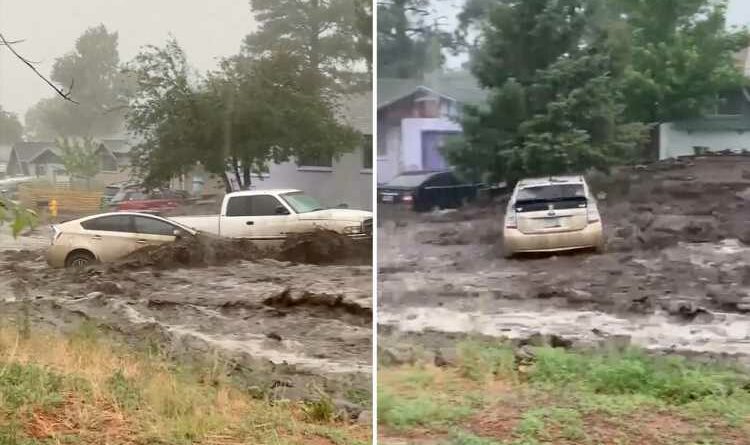 CARS were washed down streets and residents were told to stay indoors as torrential monsoon rains hit parts of Arizona on Wednesday.

Flash flood warnings were issued for 83,000 people in Flagstaff, Doney Park, and Winona. 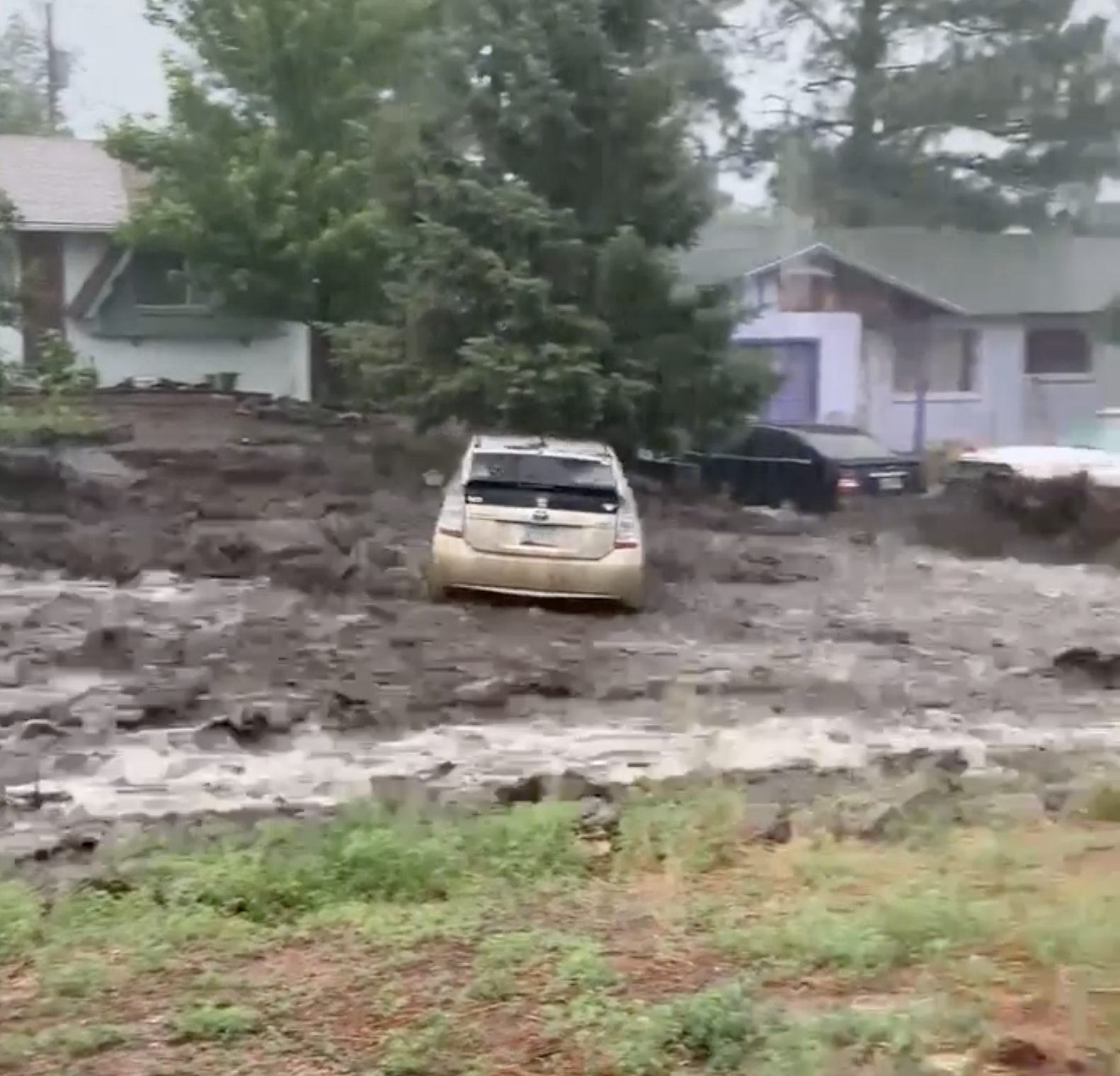 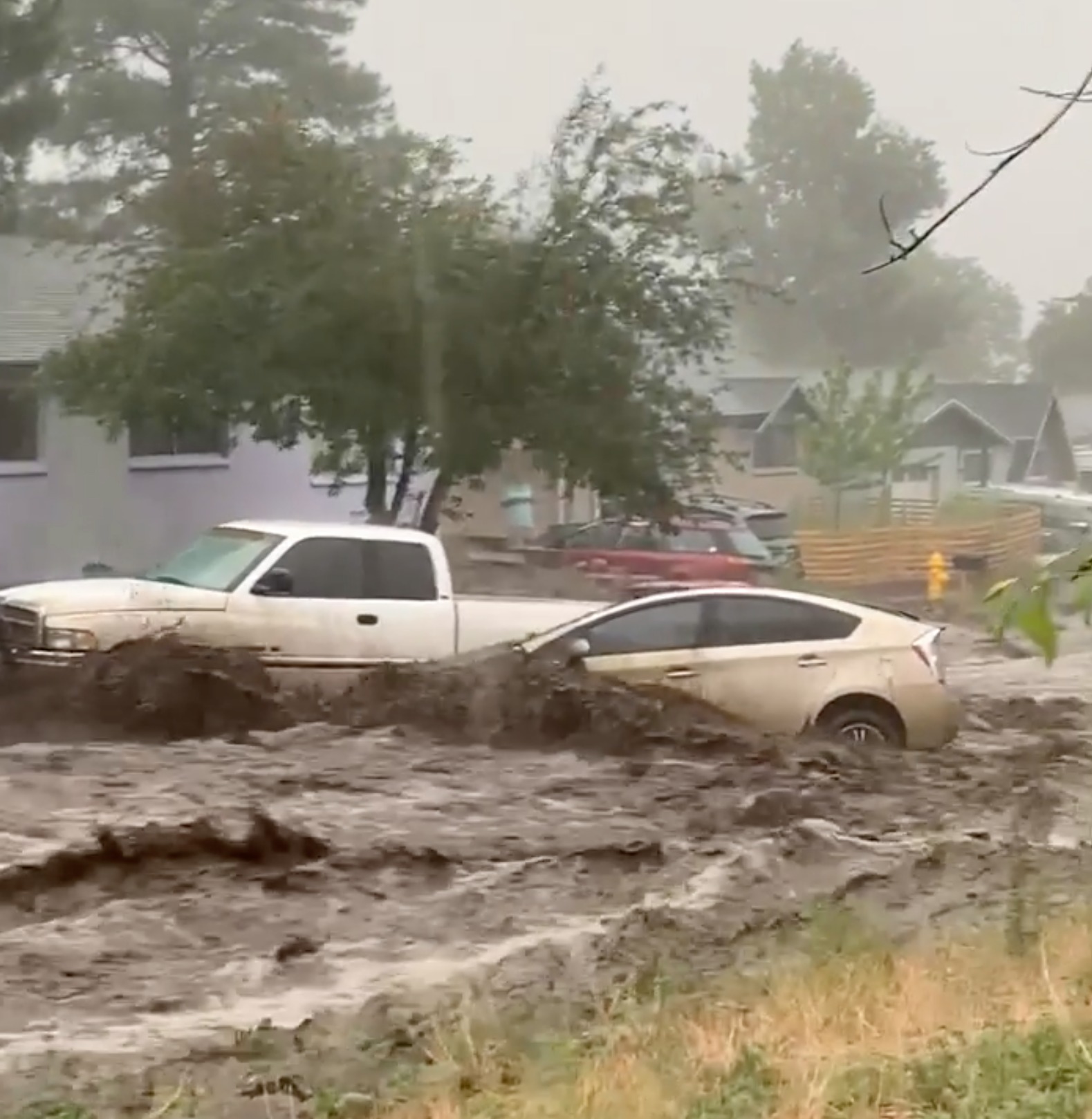 A parked Toyota Prius car was sent hurtling down a street in Flagstaff by the intense waters.

Authorities issued a shelter warning at around 2:20pm and told residents to seek high ground if they were outdoors.

The flooding reportedly lasted 30 minutes but resident Taylor Landy said she was worried for neighbors as some homes experienced higher water levels.

She told the Arizona Republic: “I definitely was worried for our neighbors across the street because the water was actually reaching their level of the garage, but it wasn’t reaching our side of the street.”

Coconino County said Flagstaff saw around 2.5inches of rain on Wednesday and more flooding is reportedly expected throughout the week.

A clean-up operation is already underway as debris up to one foot deep was reported in the Sunnyside area, and two inches of rain fell on the Museum Fire burn scar.

And, 20,000 homes in Phoenix were left without power as torrential rains battered the drought-stricken state.

Forecasters say up to four inches of rain cannot be ruled out.

Earlier in the week, the National Weather Service said the storms would be “slow-moving” and flash flooding was possible across canyons and burn scars.

Meteorologist Marvin Percha told CNN on Tuesday: “Due to all the fires that have caused burn scars and a loss of vegetation, we have a chance for even greater runoff and even more intense localized flash flooding.”

Motorists were stranded in floodwater in Tucson on Tuesday after the Orange Grove underpass was forced to close.

Officials said the underpass had not drained “properly” and had quickly filled up with floodwater.

The floods come as part of the West Coast remains engulfed under an intense dome of high pressure.

Temperature records shattered in Death Valley, California on Saturday as the mercury hit 130F – the hottest day since 1913.

A thermometer outside the Furnace Creek Visitors Center recorded a temperature reading of 134F on Sunday – but this was unconfirmed.

Wildfires have destroyed homes and cars in Doyle as the blaze was pushed by heavy winds.

And, vast swathes of the Fremont-Winema National Forest have been eaten up by flames.

The fire in Oregon has become the largest blaze in the nation as it has torched over 201,000 acres across the state.

During the week of June 25, temperatures hit a sizzling 40 degrees above average, setting 175 record high numbers around the Northwest.

Nearly 95 percent of the West is facing drought – up from 40 percent at this time last year.

The blistering heatwave is due to a heat dome that has formed predominately over California and Nevada.

'SHE WAS A BEAUTIFUL PERSON'

Everything to know about Lauren Smith-Fields and her death

As hot air expands upwards, it is pushed downwards by higher-than-normal pressure in the atmosphere.

The pressure compresses the heat as it nears the ground, creating a dangerous "dome" of hot air.

The phenomenon has been described as a "black swan" event that is also linked to climate change. 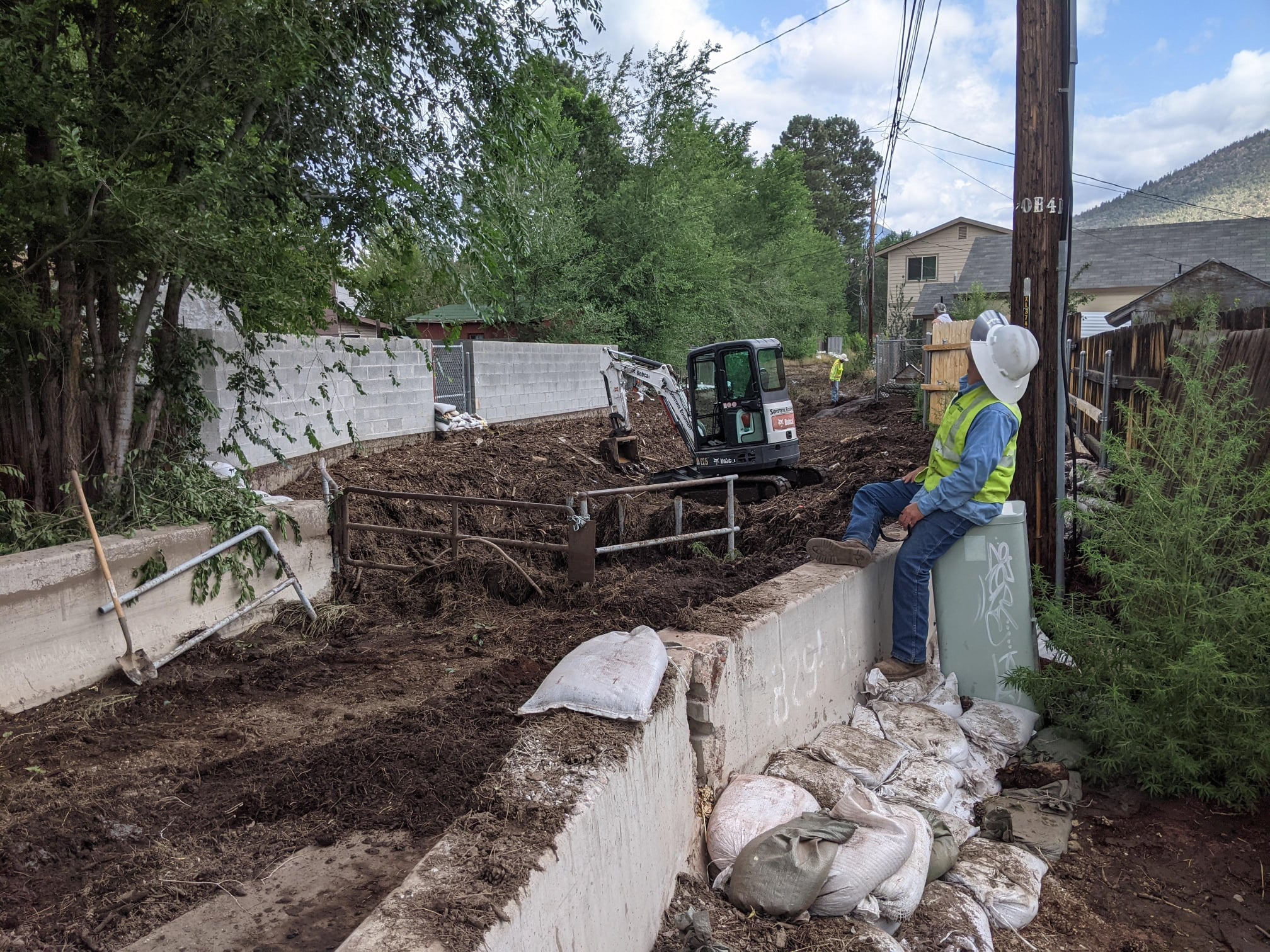 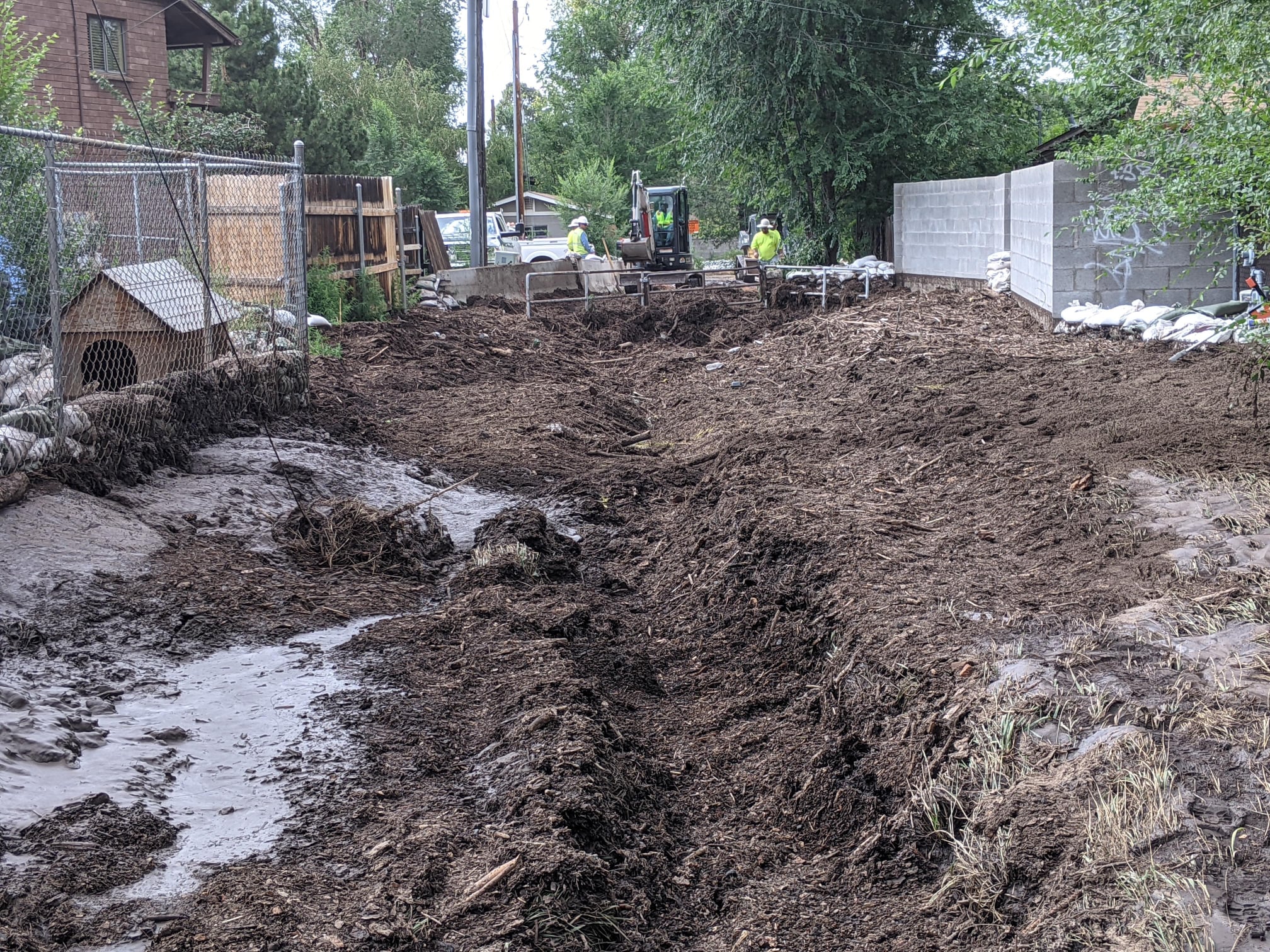