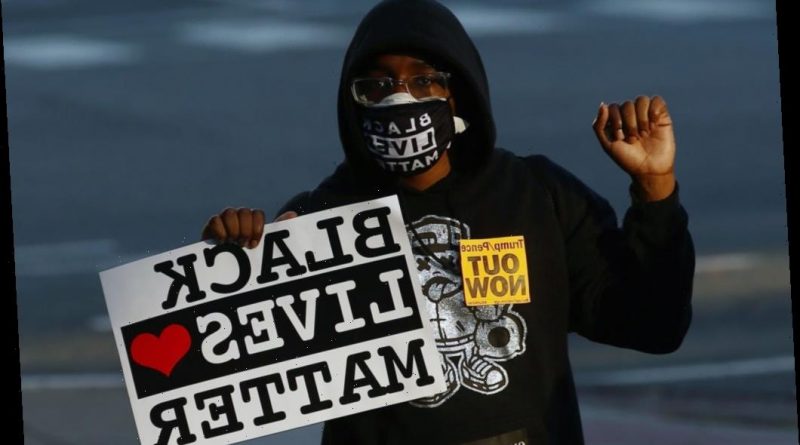 Officers in Phoenix, Arizona were caught via their own body cameras discussing regret over failing to commit acts of brutality against Black Lives Matter protesters during arrests last October. After arresting 18 members of BLM, three Arizona officers sat in a squad car questioning why “they hadn’t trampled the group and doused them in pepper spray,” according to The Washington Post.

“Why didn’t we just stomp on them when they were leaving?” one officer can he heard asking.

Another officer said they should, “just gas them and let them run like crazy.”

Arizona Police Chief Jeri Williams promised “swift and decisive disciplinary action,” and described the officers involved as disrespectful. Williams has so far not revealed what that discipline may look like.

According to The Post, just hours after the body-cam footage was released, the Maricopa County Attorney’s Office announced that it would dismiss charges against 15 of the protesters who were arrested on October 17, 2020. The protesters were facing a number of charges, including rioting, aggravated assault with a deadly weapon and resisting arrest. Phoenix prosecutors also filed gang related charges against the protesters. An officer explained that, although they were not in a gang, the protesters faced gang charges because they chanted “all cops are b——,” and most of them wore black and carried umbrellas.

Chief Williams said the department is going to undergo reform in order to prevent another incident like this one from occurring again. “I have been and will continue to be an advocate of the amazing work done in this department each day,” she said in a statement. “However, I know that unprofessional, disrespectful and inappropriate behavior from even one of our officers tarnishes the badge, but more importantly, it hurts the community we have sworn to protect.”