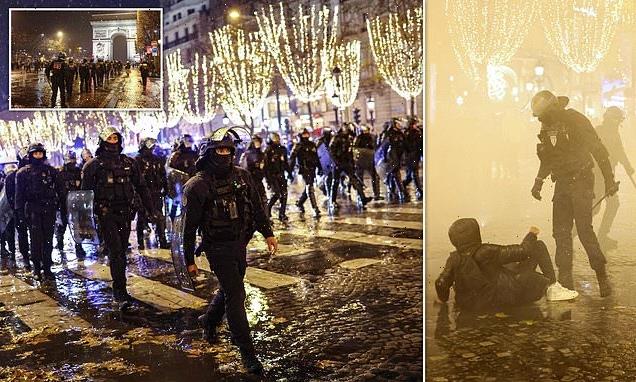 Armed police used tear gas on the streets of Paris tonight after disorder broke out following the World Cup defeat to Argentina.

Football fans descended en masse to the streets of the country’s biggest cities Paris, Lyon and Nice after the game.

Officers quelled a disturbance in the Champs-Elysees as flares were ignited and fireworks went off, The Sun reports.

Around 14,000 police officers went out duty across France tonight to guarantee security as Les Bleus took on Argentina in the World Cup final, officials said Friday. 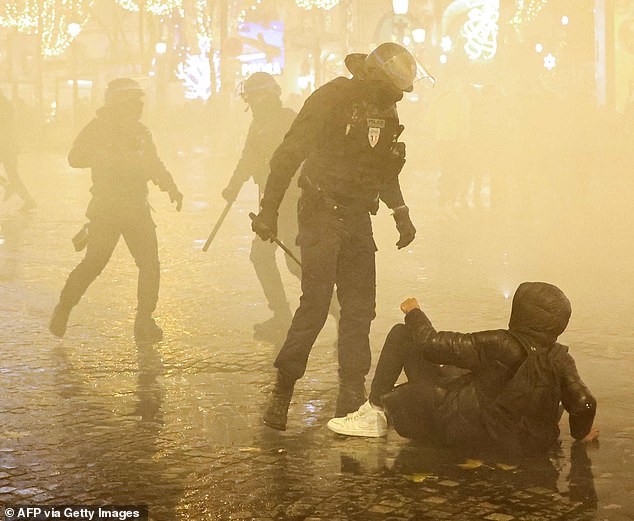 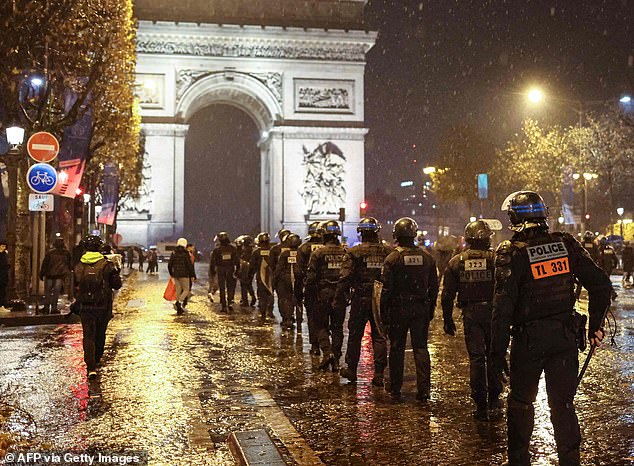 Police clear out the Champs-Elysees, near the Arc de Triomphe, after France’s defeat in the final football match of the Qatar 2022 World Cup

The security operation, presented to Interior Minister Gerald Darmanin publicly on Friday, saw a concentration of forces in Paris, where huge crowds were expected in the event of victory.

The Champs-Elysees avenue was the scene of vast celebrations during France’s previous World Cup triumphs in 1998 and 2018, with 600,000 people cheering and dancing there four years ago. The avenue was closed to traffic on Sunday and 2,750 officers were stationed in the vicinity.

Police will be on their guard for troublemakers, after around 40 far-right sympathisers arrested on Wednesday evening as they attempted to join a crowd of revellers after France beat Morocco in the semi-final.

‘They had come to start a fight,’ Darmanin told reporters.

Around 115 people were arrested in total after the Morocco game in Paris earlier this week, and clashes also took place last Saturday after France’s quarter-final victory when police fired teargas to disperse the crowd.

The aftermath of Wednesday’s game was also marred by the death of a 14-year-old boy in the southern city of Montpellier who was hit by a car carrying supporters.

The driver of a white hatchback involved in the accident is still being sought by police. 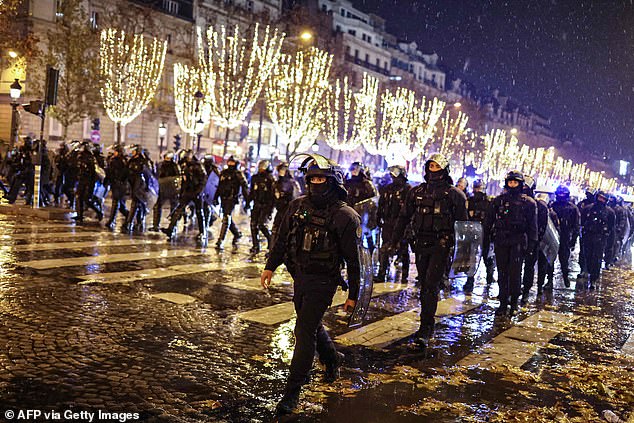 Around 14,000 police officers went out duty across France tonight to guarantee security as Les Bleus take on Argentina in the World Cup final, officials said Friday 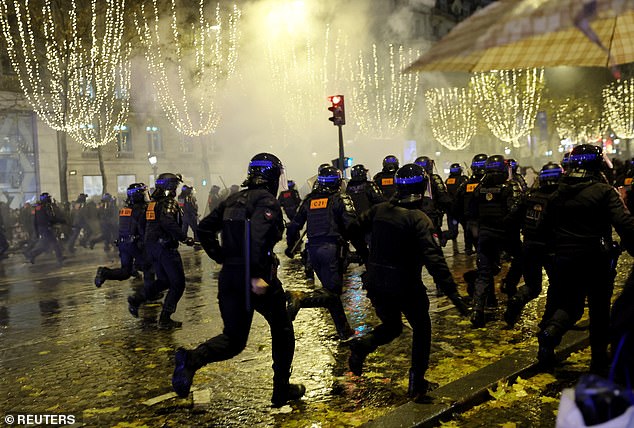 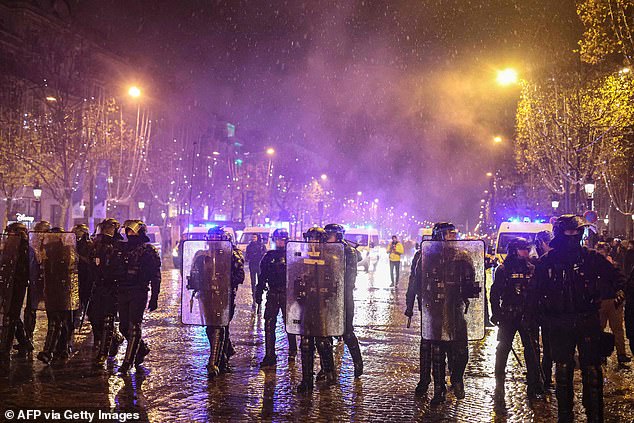 French national police form a security cordon on the Champs-Elysees, after France’s defeat in the final football match of the Qatar 2022 World Cup

A fatal accident took place in 2019 in the same poverty-hit area of the city, Paillade, when a driver lost control of his vehicle and hit a mother and her baby after an Africa Cup of Nations game.

With concrete blocks painted blue, white and red, police had sealed off the the Champs-Elysées to traffic in anticipation of it flooding with celebrating crowds on Sunday.

People did gather and fireworks were fired into the sky when France twice equalized, but they were left with a feeling of disappointment.

But after the sorrow of the penalty shootout, the Champs-Elysées and bars that had been packed quickly emptied and cold rain added to the sense of mourning.

‘It was a battle of the gods. This game, I went through every emotion.’ 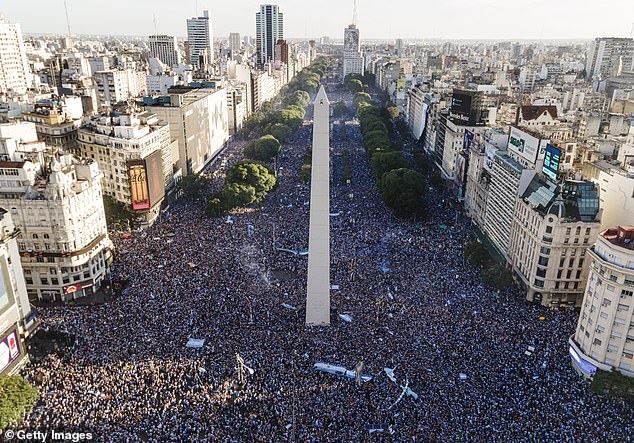 Hundreds of thousands of Argentines poured into the sunlit streets of Buenos Aires on Sunday, ecstatic after a nail-biting victory

A total of 12,800 police officers will also be deployed in France on Saturday for the third-place run-off game between Morocco and Croatia.

By contrast, hundreds of thousands of Argentines poured into the sunlit streets of Buenos Aires on Sunday, ecstatic after a nail-biting victory on penalties in the World Cup final over France made the South Americans world champions for the first time since 1986.

In a tense and roller-coaster match played in Qatar in front of some 88,000 fans, Argentina, led by star Lionel Messi, took home its third World Cup after beating France, the defending champions, 4-2 on penalties after drawing 3-3 after extra time.

‘I can’t believe it! It was difficult, but we did it, thanks to Messi,’ said Santiago, 13, celebrating the victory with his family in front of the Buenos Aires house that had belonged to late soccer icon Diego Maradona, who led the team in 1986.