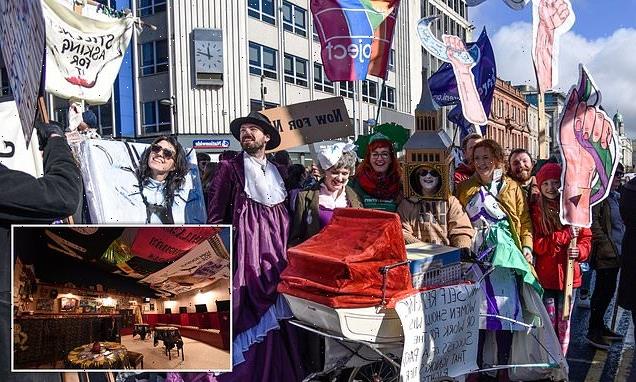 Belfast group Array Collective become the first Northern Irish artists in history to win the £25,000 Turner Prize for their work which tackles social political issues ‘with humour, seriousness and beauty’

Array Collective, a group of Belfast-based artists, have been named the winners of this year’s £25,000 Turner Prize for their work which tackles social political issues ‘with humour, seriousness and beauty’.

The group, comprised of 11 artists, have made history, becoming the first Northern Irish winners of the prize.

They have been working together ‘more actively’ since 2016 and ‘create collaborative actions in response to socio-political issues’ affecting the region.

Their success was announced at a ceremony in Coventry Cathedral where they were presented with the £25,000 prize money.

Holding a baby on the stage, Array Collective member Laura O’Connor said: ‘It’s surreal. We have not been making work over the last year with lockdown, it has motivated and pushed us.

‘I think we surprised ourselves with what we came out with in the end and we are so proud of it.’

The group added that they were going to celebrate with ‘a few pints’ after winning the prestigious prize. 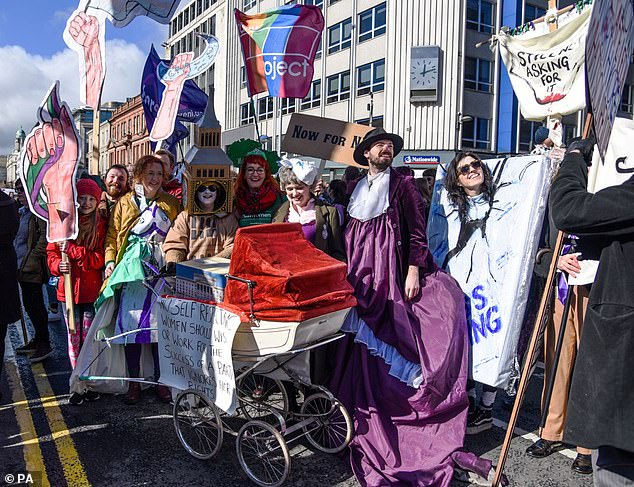 Belfast-based artists Array Collective (pictured) have been named the winner of this year’s £25,000 Turner Prize for their work which tackles socio-political issues in Northern Ireland 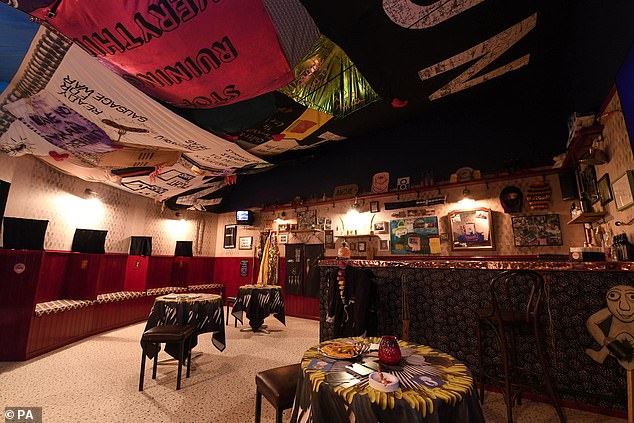 Pictured: The sibin, a ‘pub without permission’, is an immersive installation with a large canopy styled from banners and a circle of flag poles that reference ancient Irish ceremonial sites

The five-strong shortlist this year was made up of entirely of artist collectives for the first time in the history of the award, with no single person chosen.

The jury awarded the top prize to Array Collective for ‘their hopeful and dynamic artwork which addresses urgent social and political issues affecting Northern Ireland with humour, seriousness and beauty’.

The group impressed the jury with their ability to ‘translate their activism and values into the gallery environment, creating a welcoming, immersive and surprising exhibition’, a statement said.

The sibin, a ‘pub without permission’, is an immersive installation with a large canopy styled from banners which provides a floating roof and a circle of flag poles that reference ancient Irish ceremonial sites.

The winning artwork was designed as a place to gather outside the sectarian which has dominated the collective memory of Northern Ireland for the last 100 years. 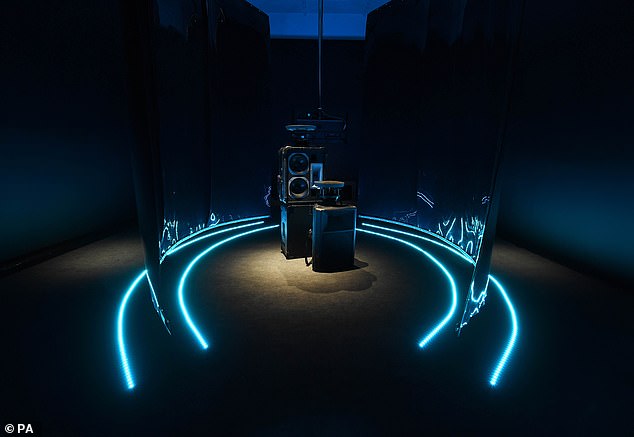 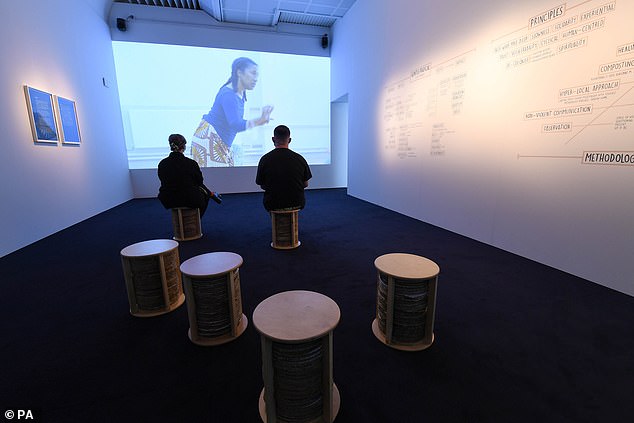 For the first time in the prize’s history, the shortlist was made up entirely of artist collectives. Pictured: An art installation by Gentle/Radical on display at the exhibition this year

Alex Farquharson, director of Tate Britain and chairman of the Turner Prize jury, said: ‘Of course, it was a hard one, the decision.

‘But what the jurists were drawn to, I think, was both a combination of the seriousness of the issues they’re dealing with, in a very divided world, but the joy, the hope, the fun, the surprise…. with which they do their political work as artworks.

‘I think the feeling was that the exhibition had really successfully translated the spirit of what they do, how they go about it, this amazing sibin you know, illegal pub, Northern Irish style in the middle of a gallery with these amazing videos of performances that were quite mesmerising…

‘While underneath it all a really serious message, imagining a life, beyond sectarianism, beyond patriarchy, that’s campaigning for reproductive rights, for LGBT+ rights, but again with a spirit of the absurd and a light touch that’s nevertheless profound and engaging, and they felt that was absolutely present in the exhibition space in a very surprising way.’ 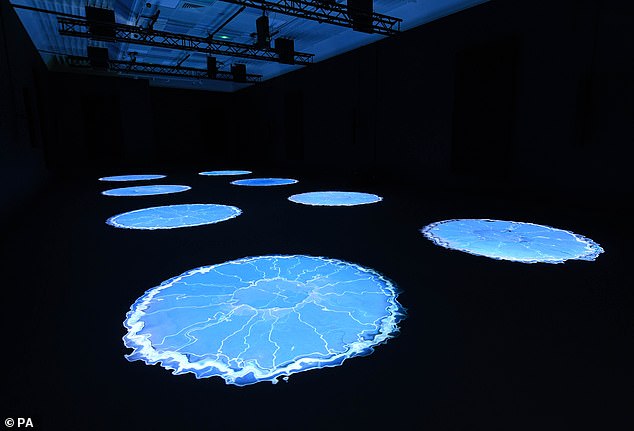 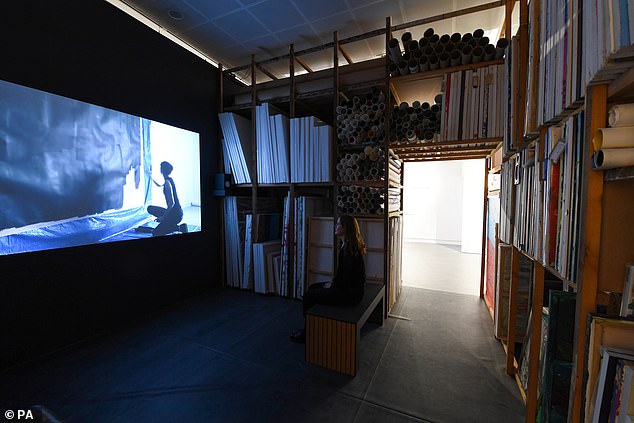 Last year 10 artists were awarded £10,000 bursaries in lieu of the Turner Prize after it was called off because of the pandemic.

The Turner Prize, named after the radical British painter JMW Turner, is one of the world’s best-known prizes for the visual arts celebrating British artistic talent.

Established in 1984, the prize is awarded to a British artist for an outstanding exhibition or other presentation of their work.

High-profile winners through the years include include Anish Kapoor, Grayson Perry, Damien Hirst and Steve McQueen.

Next year the Turner Prize returns to the Tate Liverpool for the first time in 15 years.