Young women are ditching the oral contraceptive pill over concerns about its effects on their physical and mental health, but medical experts are worried many are being misinformed on social media and turning to methods that may not work.

An average of 80,000 contraceptive pill prescriptions were made in Australia each month in 1992, a total of nearly 1 million. In 2014, the average number of monthly prescriptions reduced to about 51,700. By 2021, it had fallen to an average of 33,500 prescriptions per month.

But clinicians say the take-up of reliable alternatives, such as long-active reversible contraceptives (LARCs) including IUDs and Implanon, is slow. Some young women are using “natural” methods that are popular in online forums, but often less effective.

Methods including withdrawal during sex and fertility-timer apps that are being promoted online – and in a recent documentary – have increased in profile, but clinicians warn these raise the risk of accidental pregnancy.

Australian research found in 2019 that approximately half of women experience an unintended pregnancy, which is “a public health concern”. Local and international research shows women aged under 25 are more likely to experience unwanted pregnancy than older women.

Melbourne University professor Meredith Temple-Smith, a longtime sexual health researcher and co-author of the 2019 study Factors influencing young women’s contraceptive choices, said she was seeing more young women saying they’re not keen on taking contraception. However, some claims about it on platforms such as TikTok are misleading, she said.

In one TikTok video, a young man wrongly compares the contraceptive pill to anabolic steroids. “I’m willing to bet that you know one girl that’s using steroids every single day. One in three girls these days are using the birth control pill,” he says.

People with no stated medical credentials are making contraception claims that some young people may consider accurate, Temple-Smith said.

“I was very horrified with the TikTok stuff I observed … a young person might easily think these are people who know what they’re talking about.”

She is particularly worried that the “withdrawal” method of contraception is anecdotally fashionable among those wishing to avoid hormonal contraception and that some young people believe it to be far more effective at preventing pregnancy than it often is.

However, psychiatrist and Monash University Professor Jayashri Kulkarni said the concerns of young women about potential adverse impact of the pill on their mental health should be taken seriously. Much research, including her July 2022 paper Hormonal contraception and mood disorders, has demonstrated a link between the pill and depression in certain groups of women.

“The pill does have the potential to cause depression, it is a problem,” Kulkarni said. “The oestrogen component is good for the brain, but most pills have a synthetic progesterone that is bad for depression and some are particularly bad for mental health.”

Women pre-disposed to depression, who are in very stressful situations or who have experienced trauma are among those most likely to experience mental health issues while on the pill.

“Women are voting with their feet on this; they’ve known for ages that there’s something not right in their own mental health when they’ve taken the pill, often tried to tell their practitioner and got nowhere.”

Few pills have been put through rigorous clinical trials for their effect on women’s moods and only one currently available – Zoely – is marked as “mood neutral”.

Melbourne student Zoe Aarons decided to come off the pill after realising it was affecting her moods badly. “I just found myself more sensitive, more emotional, more irritable and I didn’t know why,” she said.

After changing her contraception to an IUD, the “uncontrollable moods” ceased, she said.

Aarons said young women were not educated enough about the contraception methods available, the pluses and minuses of each. “I think if [young women] were given the full spiel, a lot more would be not taking the pill,” she said. 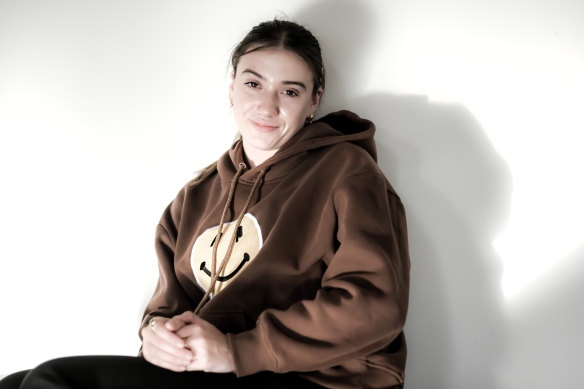 Zoe Aarons found great improvement in her mood once she stopped taking the pill and had an IUD administered.Credit:Justin McManus

Tayla Miksad has also experienced mental health side effects linked to the pill and is considering an IUD. Having made an informed decision to go on it, a couple of months in she experienced a dramatic change in her temperament, behaviour and mood.

“It made me more emotionally unstable and volatile,” she said, adding that her symptoms included depressive episodes.

“I was still doing the same kind of things as before I went on the pill. I was happy in my job and all of that. It was a process of elimination to realise it was the pill causing all of these symptoms.”

Miksad said her symptoms were relieved after she quit the medication last year. 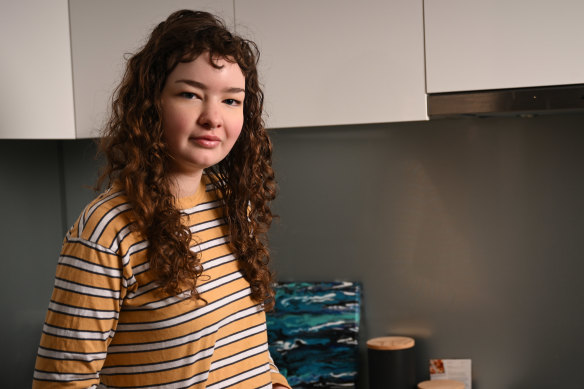 Tayla Miksad says her experience on the pill was traumatising.Credit:Eddie JIm

Temple-Smith said that for those seeking very reliable contraception with no hormones, the copper IUD, which is 99.5 per cent effective, was ideal. But take-up of such pill alternatives “hasn’t gone up as much as we’d hoped – it’s only been a couple of per cent in the last decade”.

Obstetrician and GP Dr Ines Rio said she had noted an increase in young women raising valid questions about the side effects of hormone-based contraception methods, but many were not well-informed of “the very high likelihood you will get pregnant” without excellent birth control.

Some women using fertility-tracking apps believe them to be more foolproof than they are.

“Some of the women I’m seeing are using fairly sophisticated apps to try to work out their fertile times, they’re saying, ‘I’m not going to get pregnant because this tells me when I’m going to ovulate’,” Rio said.

“I talk to them about the fact that it might decrease [the likelihood of unintended pregnancy] from and 80 to 90 per cent chance of pregnancy from unprotected sex per year down to 20 to 40 per cent per year,” said Rio, an Australian Medical Association spokeswoman.

She sees young women every week who are distressed about being accidentally pregnant.

Natural Cycles, the only so-called “digital contraceptive” to be TGA-approved in Australia, is driven by an algorithm based on the woman’s basal temperature, taken first thing in the morning.

The fertility awareness app, developed by CERN physicist Elina Berglund and husband Raoul Scherwitzl, is promoted as being 93 per cent effective with typical use. It has none of the side effects of hormone-based birth-control, but was reported to Swedish authorities in 2018 after a hospital recorded 37 unwanted pregnancies among the app’s users. 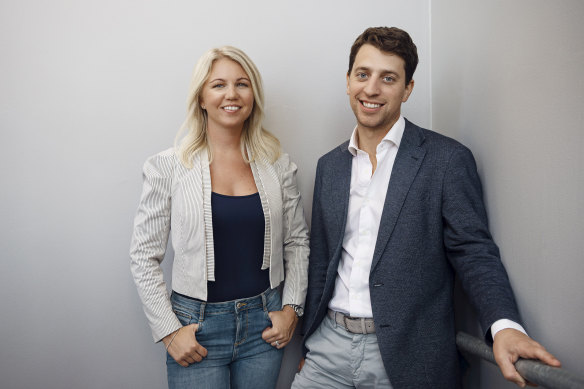 Tina Aimes, a GP specialising in women’s health at Jean Hailes, said it was positive that young people were talking about their experiences with contraception is positive. However, while it was encouraging that taboos around the subject were vanishing, much word-of-mouth information could be misleading, she said.

For example, those wanting to use natural methods such as fertility awareness apps often do not realise that if their cycle is irregular, they are unlikely to work.

“There is not enough understanding of how [fertility awareness methods] work, the limits of its efficiency and what the ramifications of failure may be for that woman,” she says.

“The pill wouldn’t be available on the Australian market if we thought it was potentially dangerous for women to take.”