Home » World News » At 93 and 88, Newlyweds Feel Like the 'Luckiest Two People on Earth' — All Thanks to Online Dating 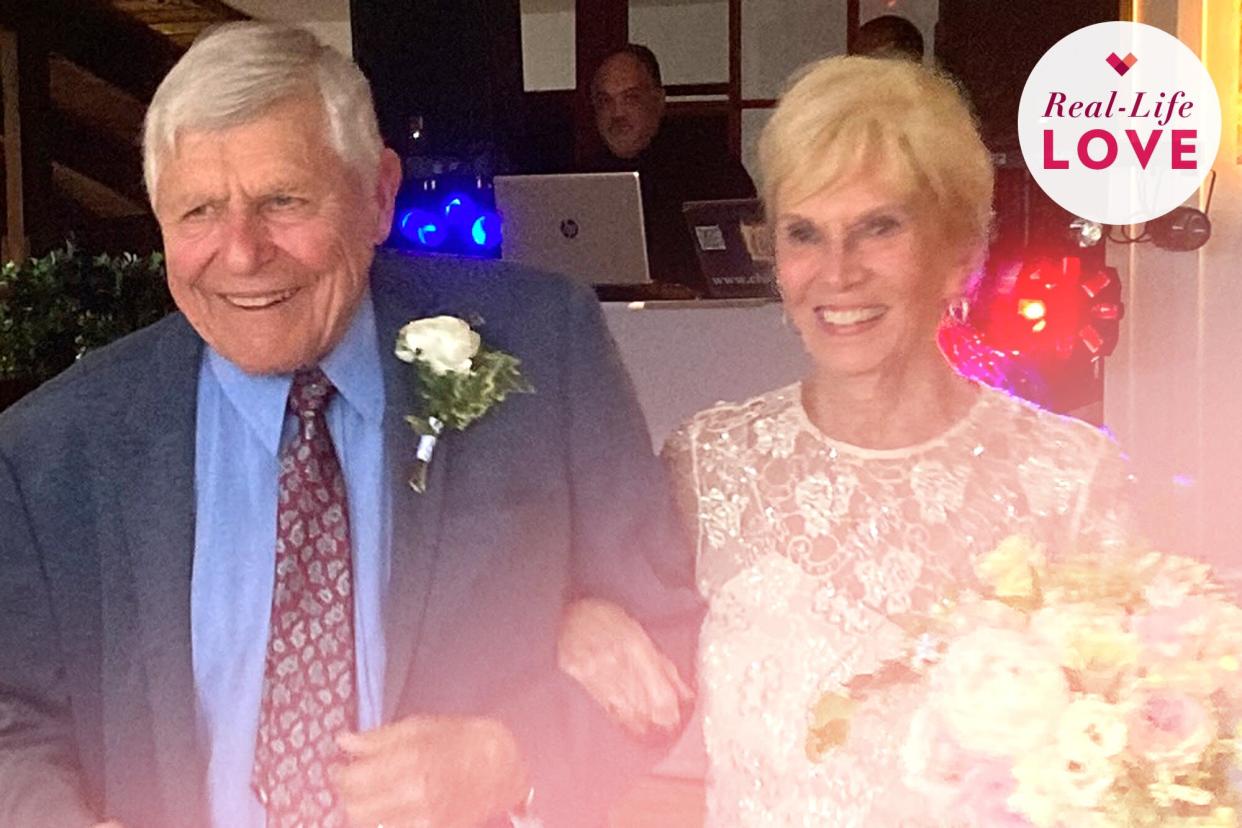 It was love at first sight for 93-year-old Robert Marshall. The minute he saw 88-year-old Anne Cooper-Menguy’s online dating profile in October 2019, he was in love.

“I always felt I wanted to marry Anne. From the moment that I saw her picture, I knew this is a woman I wanted to share my life with,” he tells PEOPLE. “Anne’s picture just captured me. It was kind of an intuitive, unbelievable force.”

The New York couple married in June, inspiring others to never give up on finding love.

“We are the luckiest two people on earth,” Anne says.

Both Robert and Anne were widowed before logging onto match.com.

“I think when people lose a spouse when you’re older, most people just kind of consider that’s the end of the era —you’ve been married for 50 years, 60 years, you’re in your 80s, grandma takes over, you go play with the grandkids,” Anne says. “But today people are healthier and living longer.” 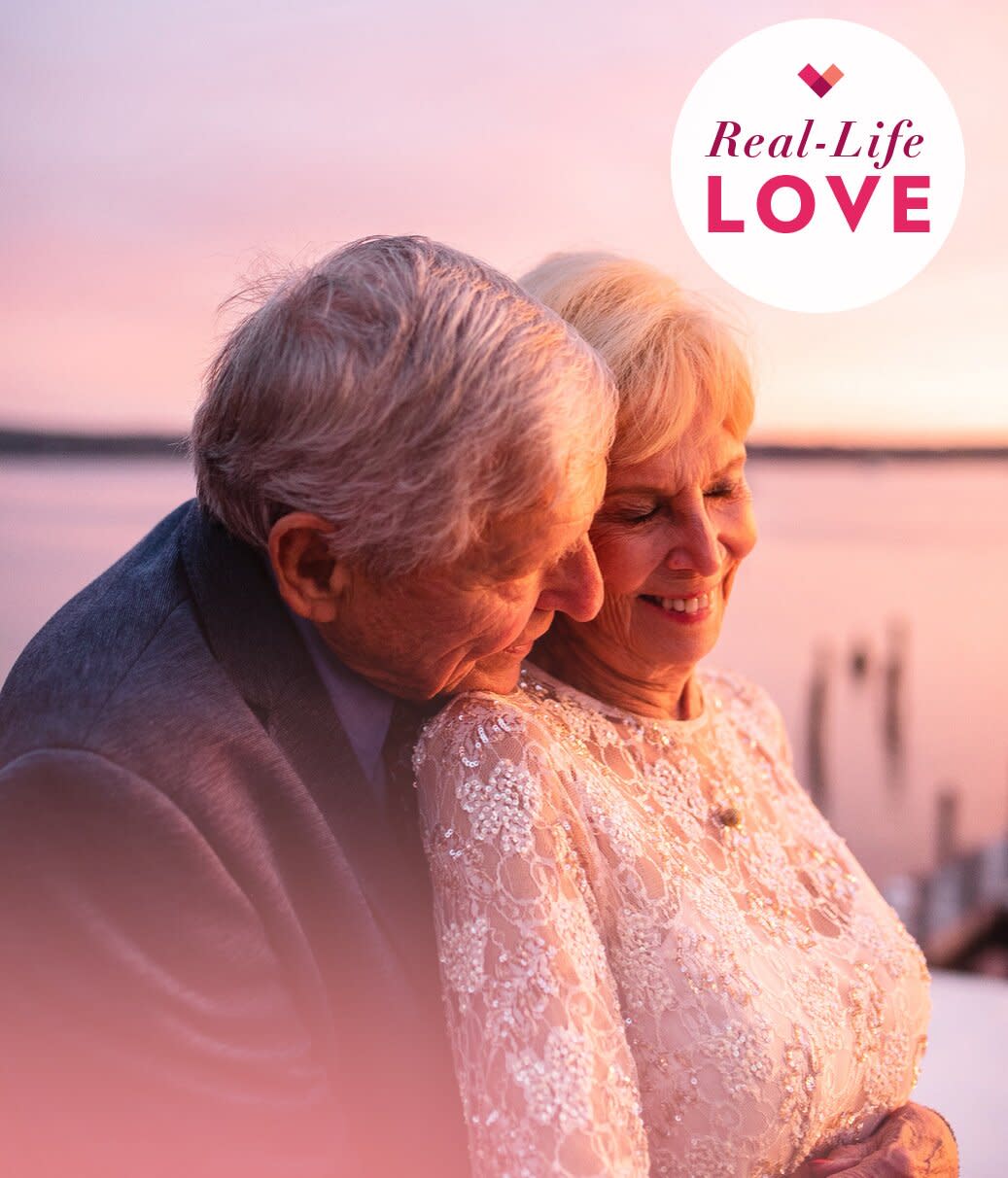 When Robert came across Anne’s profile, he had already been using the dating website for about two years “and probably went through 10,000 pictures and 100 telephone conversations.”

Then, “one day I saw this picture that meant more than a thousand words,” Robert says. “Somehow Anne’s picture just captured me. There was something in the picture that somehow I sensed her, I sensed her past, the future — everything was in that photo.” 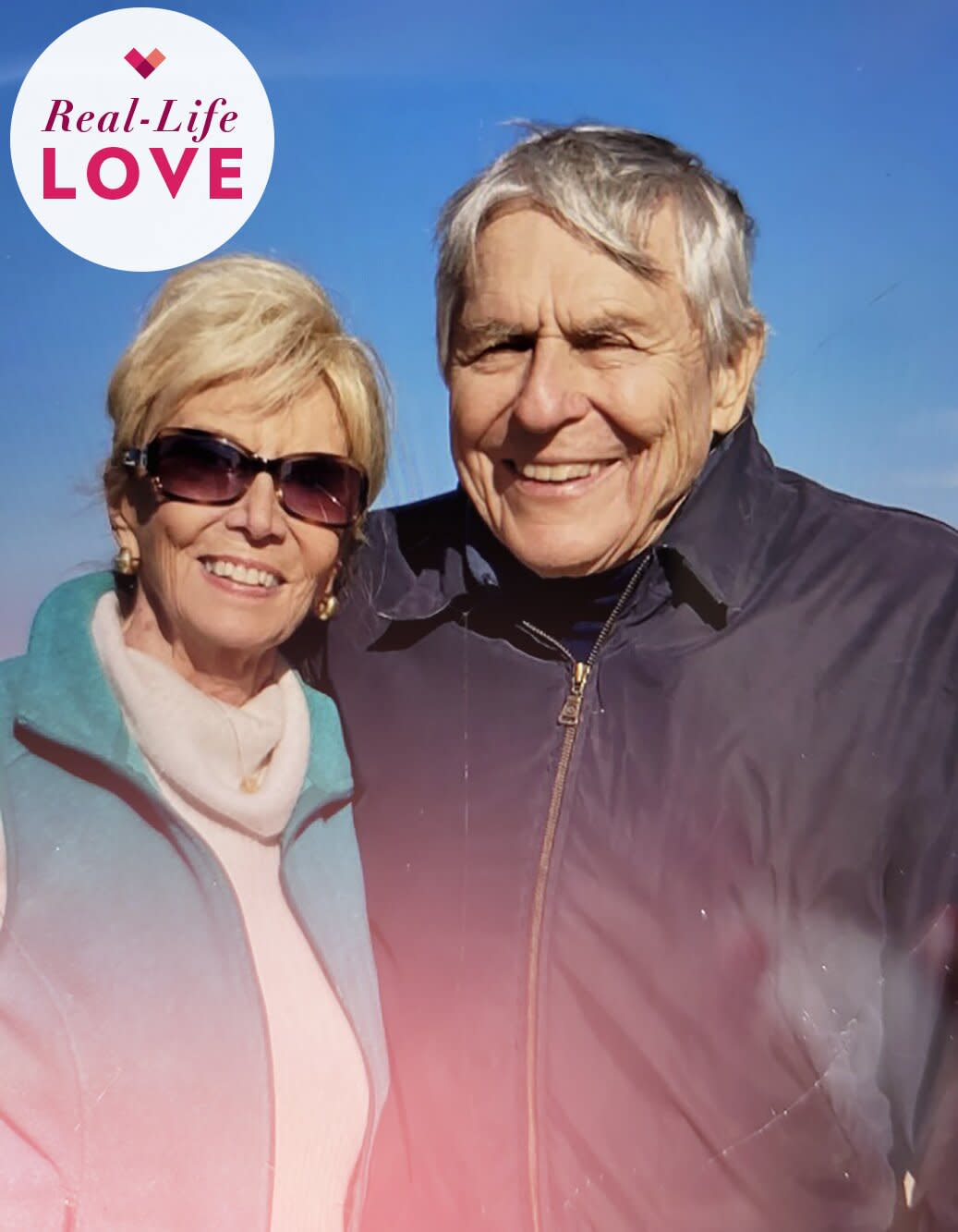 Their first date was at a French restaurant. Anne says she thought Robert looked like Sam Spade — the fictional private detective from The Maltese Falcon — when she saw him standing on the corner in a trench coat waiting outside her apartment.

“I started to fall in love with him right off the bat,” Anne says. “He’s got gentleness mixed with strength. He’s everything I ever dreamed of in a man since I was little.”

RELATED: Mom, 29, Suffered Cardiac Event Near Her Newborn in NICU. It Shook Her Fiancé: ‘Want to Get Married Tomorrow?’

In March 2020, the couple went on a two week-long Caribbean cruise together. When they returned, New York’s COVID-19 lockdown had begun — so they decided to quarantine together.

Do you have a sweet story the world needs to know? Send the details to [email protected] for a chance to be featured in Real-Life Love, People.com’s series dedicated to sharing extraordinary connections and heartfelt gestures.

The couple spent much of the pandemic quarantining at Robert’s home in East Hampton. An interior designer, Anne redecorated both their beach home and his New York apartment after it flooded.

They’re both very active, high-energy people who have a shared love for going to jazz clubs — and describe themselves as “zesty.”

“We’re busy all the time. I don’t think I ever sit down,” Anne says. “We’re extremely well matched, which is very unusual. If you get old, and you find somebody who’s old and tired, that’s not going to work.”

And Robert, a practicing psychoanalyst, says he enjoys playing jazz piano for her. “Anne is my best audience,” he says. 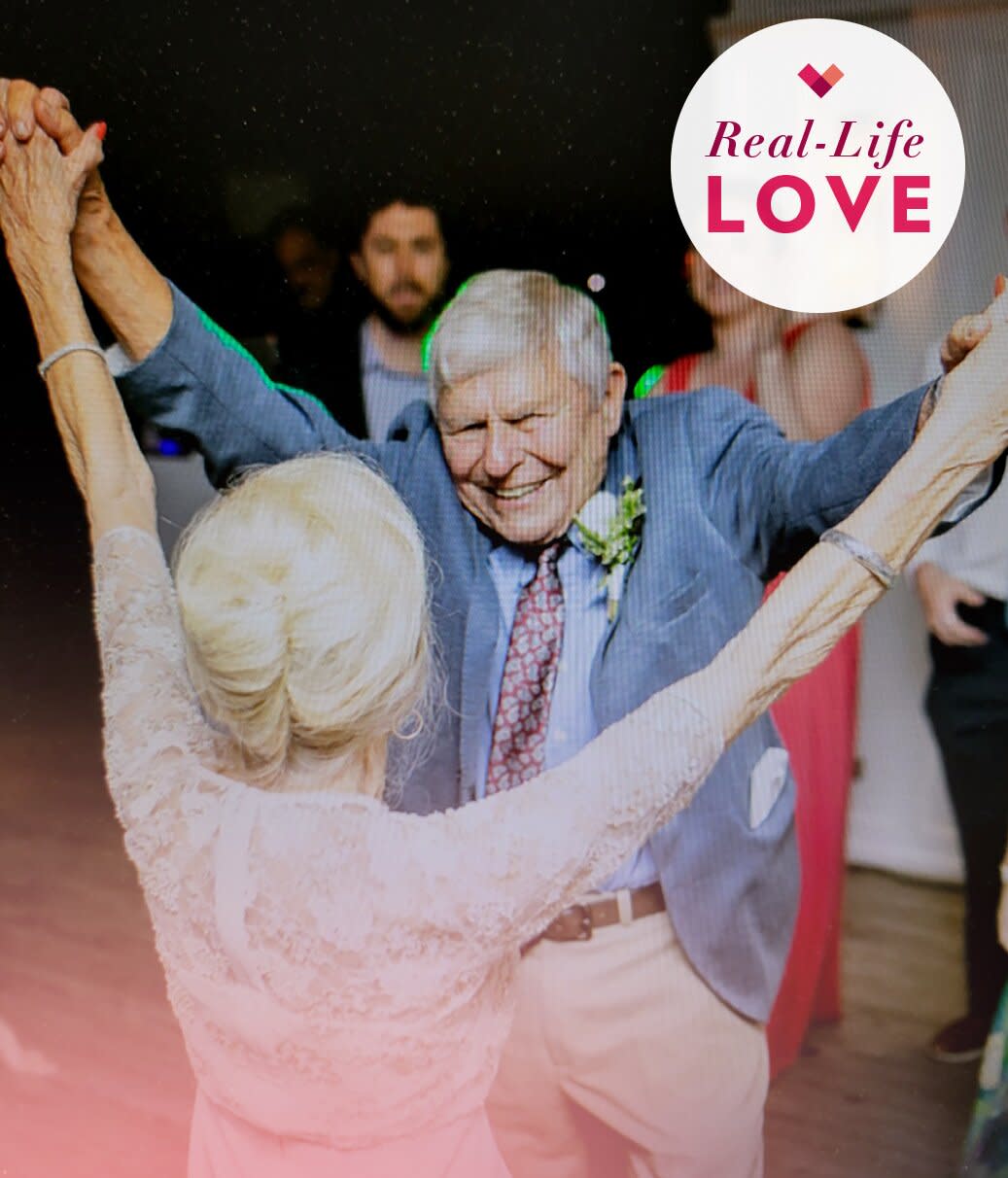 Just months after returning from the Caribbean, the couple officially got engaged that Christmas.

“I feel really very alive living with Anne — she’s helped bring me back to life,” Robert says. “We’re so happy to have found each other.”

Then, on June 11, they tied the knot. The bride dazzled in a pink dress with a lacy, hand-beaded top (which she also wore to her granddaughter’s wedding five years earlier) while carrying a bouquet of pink peonies mixed with roses.

“It was the best wedding ever,” Anne says of their East Hampton Point nuptials. “The whole room was full of nothing but love, both sides of the aisle.”

Robert cries just remembering the day. “We touched so many souls,” he says, “because we love each other so much. We’re so happy to have found each other.”

RELATED: Bride Who Was Paralyzed in Accident But Walked at Wedding Is Now Pregnant — See the Announcement Photos!

While exchanging vows, the couple promised to devote their lives to making sure the other is healthy and happy. And they made some funnier promises to each other too. 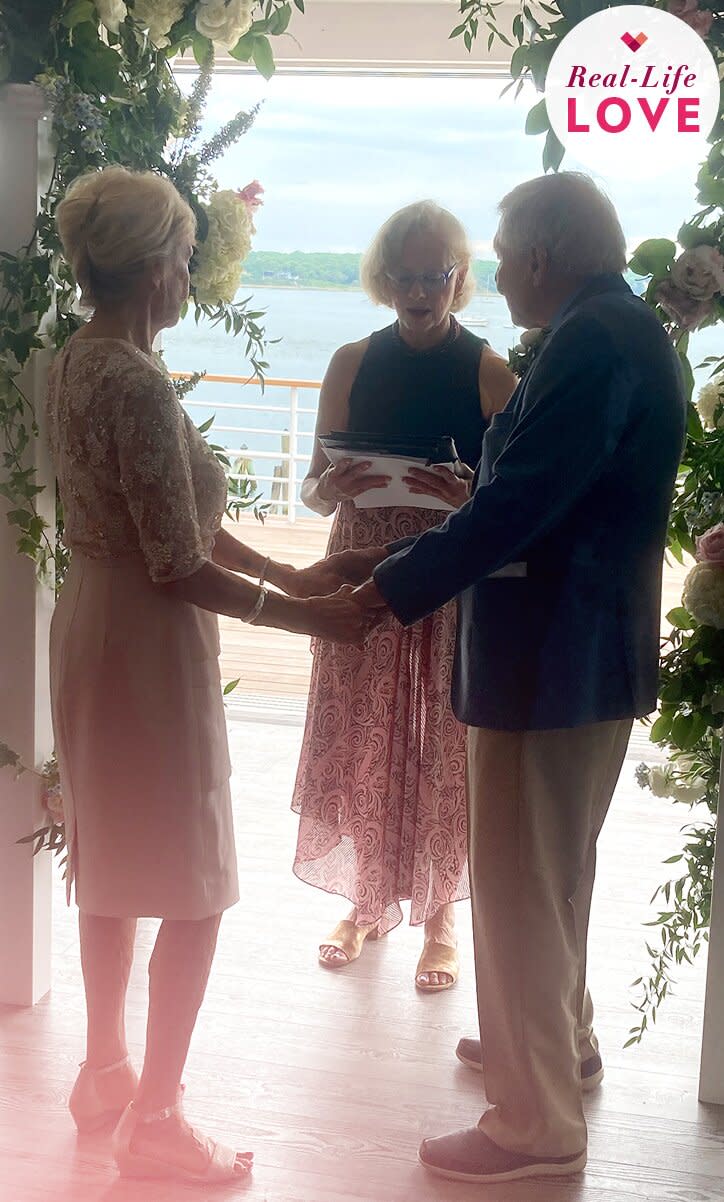 “It’s fun,” Robert says of their relationship. “We laugh a lot… The other night, I couldn’t stop laughing.”

Some of their wedding guests – from friends to grandchildren – have been inspired to pursue love and long-term relationships too.

“We have such a strong, sincere, warm love,” Anne says. “It’s contagious.”