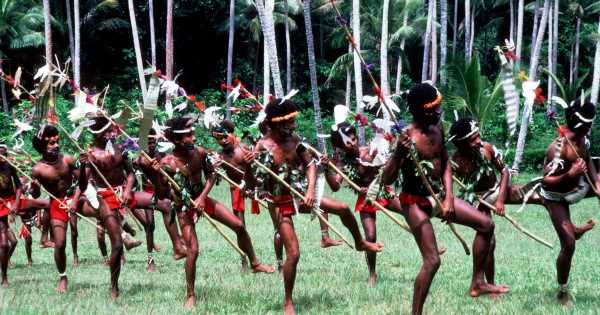 Fighting erupted on Kiriwina Island in Papua New Guinea’s east between the Kulumata and Kuboma people on Monday (October 24).

The fighting, which is in Milne Bay province, was said to have started last month when one man from Bwetalu village on the Kuboma side was killed during a fight over a football game, according to a source that wanted to remain anonymous for fear of reprisals.

He said Kuboma villagers allegedly retaliated by destroying the yam gardens of the Kulumata villages, which are very valuable and key to their livelihood.

When the Kulumata villagers went to the authorities to make a complaint, they encountered a group of Kuboma villagers and fighting broke out.

A team of police from the nation’s capital, Port Moresby, were deployed on Tuesday to contain the situation, said Peter Tsiamalili Jnr, the internal security minister.

“The team of police deployed today to the island have been instructed to contain and maintain order in the area, provide leadership on the ground and help start the peace process,” he said.

The government is yet to release an official death toll, but government sources told the Guardian that 32 people were dead, while locals estimate that 15 people are missing.

One local said it was “frightening to see such violence on their island”, which is locally known as the “island of love”.

“Tribal fighting has always been part of our lives and culture, but normally when someone got killed, the fighting stopped, they cease fire and start the traditional process of dealing with the death, and they don’t just continue fighting like this,” she said.

“The Kulumata and the Kuboma people are all related to each other and it is heartbreaking for us as mothers, sisters, daughters to watch our people fight amongst themselves like this.”

She said the violence had been horrific. “We ran away with our children, they will not harm women and children but it was just too frightening to watch so we ran away,” she said.