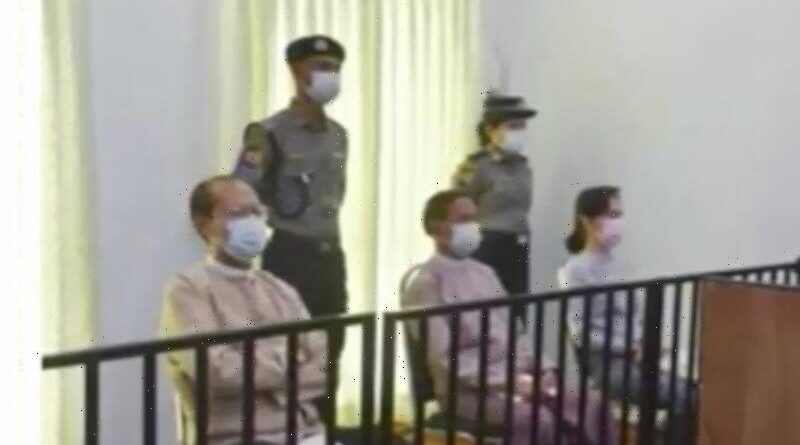 For the first time since Myanmar’s military locked her up in a pre-dawn raid as part of its coup on February 1, Aung San Suu Kyi, the leader of Myanmar’s ousted civilian government, was seen in person on Monday when she sat briefly at a court hearing.

The short appearance at a special court in Naypyitaw, Myanmar’s capital, was also the first time that most of her legal team had caught a glimpse of their famous client. They have been defending her against a raft of criminal charges that the United Nations and foreign governments say are clearly politically motivated. Many of the country’s elected leaders have been jailed. 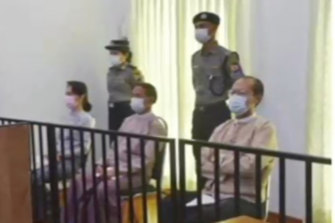 In a 30-minute meeting with her lawyers before the hearing, Suu Kyi, who had previously appeared by video link, seemed healthy and resolute, if unclear about just how Myanmar had changed since the coup, a member of her legal team said. Since the putsch, the military has imposed a reign of terror, isolating the country once more from the international community.

Suu Kyi was determined to defend the integrity of her political party, the National League for Democracy, or NLD, her lawyers said.

“Daw Aung San Suu Kyi said that the NLD is the party of the people, and the party will exist as long as the people exist,” said Min Min Soe, a member of her legal team.

Suu Kyi, who spent the better part of two decades locked up by Myanmar’s generals for her campaign for democracy, has been charged with illegally importing walkie-talkies, breaching coronavirus regulations and contravening the Official Secrets Act, among other crimes. Military-linked forces have also accused her of accepting bags of cash and 11 kilograms of gold, although she has not been formally charged on those counts.

If she is found guilty of the charges – and Myanmar’s courts have a record of delivering guilty verdicts in political cases – Suu Kyi, 75, could be imprisoned for the rest of her life.

Her next scheduled court date is June 7.

On Friday, an election official installed by the junta that seized power in February lashed out at Suu Kyi’s National League for Democracy as a breeding ground of “traitors” and said the party would be investigated and possibly dissolved. It is not clear when such a dissolution might take place.