A second person has been found alive after being stranded in the Australian Outback for almost two weeks.

Phu Tran was discovered by a farmer in a remote area south of Alice Springs, the Northern Territory police confirmed.

The 40-year-old, who is being treated in hospital, survived by drinking groundwater.

He was with two other people who became stranded when their car got stuck in a riverbed on 19 November. They split up to find help.

Tamra McBeath-Riley was found on Sunday, but the third member of the party, Claire Hockridge, is still missing.

According to ABC News, the group stayed by the car for three days – relying on a supply of six litres of water, 10 cans of iced vodka, a packet of biscuits and some beef noodles. 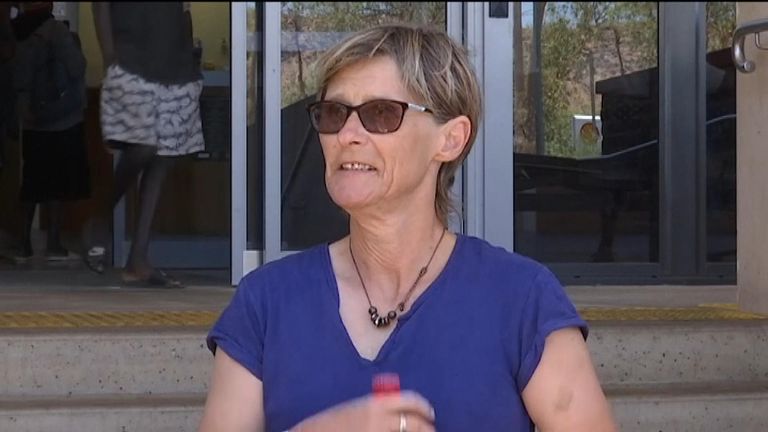 With temperatures reaching up to 40C (104F), they dug a hole underneath the car in an attempt to stay cool during the day – and slept in the car at night.

When supplies ran out, they made the difficult decision to move on.

They left a note on the car and found a watering hole about a mile away. Ms McBeath-Riley decided to stay here with her Staffordshire terrier, fearful that the dog wouldn’t survive a longer trek.

Her two friends began a 12-mile trek towards a highway, armed with a GPS device and a compass.

The pair had planned to avoid the desert heat by walking at night. Although they were carrying six litres of water to stay hydrated, they had little in the way of food.

Rescuers are continuing to look for Ms Hockridge, but Police Superintendent Pauline Vicary warned: “It’s quite a diverse terrain.

“There’s sandy dunes, there’s hard clay, there’s areas of dense trees, but there are also rocks and ranges in the area.”