London: A trade deal between Australia and the UK could be struck within weeks after Brexit, Trade Minister Simon Birmingham has said, after talking to his new British counterpart Liz Truss.

That could be as early as November this year, amid growing signs new Prime Minister Boris Johnson is pursuing a No Deal Brexit on October 31. 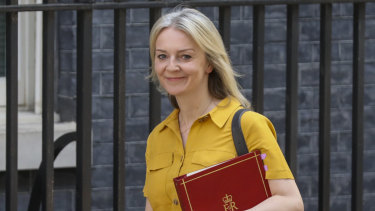 Truss, a free-market Libertarian, was one of the big winners of Boris Johnson's cabinet reshuffle, being promoted from the junior ministry to the Cabinet, replacing Liam Fox as Trade Secretary.

Truss had wanted to be made Chancellor of the Exchequer but that job went to Sajid Javid, one of the leadership contenders who backed Boris Johnson after being knocked out.

A week after being named as Fox's replacement, Truss phoned her Australian counterpart for their first official discussion. 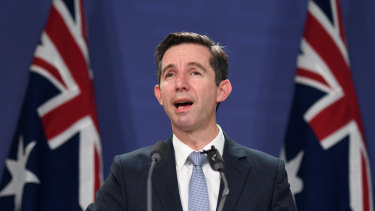 Trade Minister Simon Birmingham said the discussion had gone well and both were keen to secure a deal that would reflect the closeness of Australia and the UK's tied history as soon as possible – which could be before the end of the year.

“I welcome the incredible enthusiasm of Liz Truss to secure an ambitious Australia-UK deal as soon as possible," Birmingham told The Sydney Morning Herald and The Age.

"I said last week that I hoped we could conclude a comprehensive deal within months if not weeks of Brexit and Australia stands ready to move as fast as the UK can to open our markets up to one another.”

On Twitter, Truss said she planned to visit Australia soon to get the ball rolling.

"First call with Australian Trade Minister @Birmo and it's clear we are on same page," the Secretary of State tweeted.

"Both totally committed to getting a free trade deal done ASAP. Will be visiting Australia soon to get the ball rolling."

Earlier this week, Truss outlined her priorities as Trade Secretary and said a deal with the United States would be the first port of call.

Following his first call with Boris Johnson last week, Prime Minister Scott Morrison said Australia would be "one of the first cabs off the rank" to strike a trade agreement with the UK.