Kuala Lumpur: The Australian grandmother sentenced to death in Malaysia for drug smuggling has told her lawyer not to worry as they will win their appeal case because "it's obvious I'm innocent".

An appeal court in Malaysia on Thursday sentenced Maria Elvira Pinto Exposto to death by hanging after overturning her earlier acquittal on drug smuggling charges. 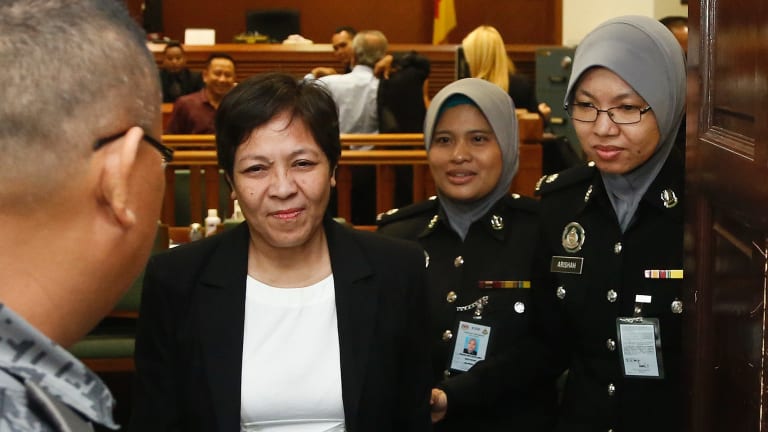 The three judges sitting in Kuala Lumpur unanimously found the 54-year-old guilty but said she had a right of further appeal on the methamphetamine charges and wished her luck.

On Friday Exposto's legal team lodged an application to appeal the ruling in the Federal Court.

"I can confirm a notice of appeal has been filed with the court," a lawyer with Muhammad Shafee Abdullah, who represents Exposto, told AAP.

Her lawyer told Network Ten on Friday that his client had "told me something very encouraging".

"She said, 'Not to worry, we got another appeal, and with your team …we will win the case … because I'm innocent. It's obvious I'm innocent'."

In a statement on Thursday Foreign Minister Julie Bishop said "Australia opposes the death penalty in all circumstances for all people" and Exposto would continue to receive full Australian consular assistance.

On December 27 last year Exposto was acquitted of drug trafficking but faced a prosecution appeal against the acquittal on charges of trafficking 1.5kg of methamphetamine into Malaysia.

She had claimed she was the victim of a set-up after she was found with the drugs in her bag after arriving on a flight from China in 2014.

She was acquitted after the judge found she was scammed by her online boyfriend and was unaware she was carrying the drugs stitched into her bag.

The prosecution in the appeal argued Exposto had been wilfully blind, that her defence was made up and she had engaged in a "sly game", News Corp reported.