Manila: An Australian nun who irked the Philippine President by joining political rallies defied an Immigration Bureau order to leave the country on Friday.

Accompanied by fellow Catholic nuns and priests, Sister Patricia Fox again appealed to justice officials to allow her to continue her missionary work for the poor and victims of injustice.

Her lawyer, Katherine Panguban, said the appeal should stop the Bureau of Immigration and Deportation from enforcing a decision to revoke Fox's missionary visa and force her to leave the country after nearly three decades of missionary work for the poor, workers and tribal communities. 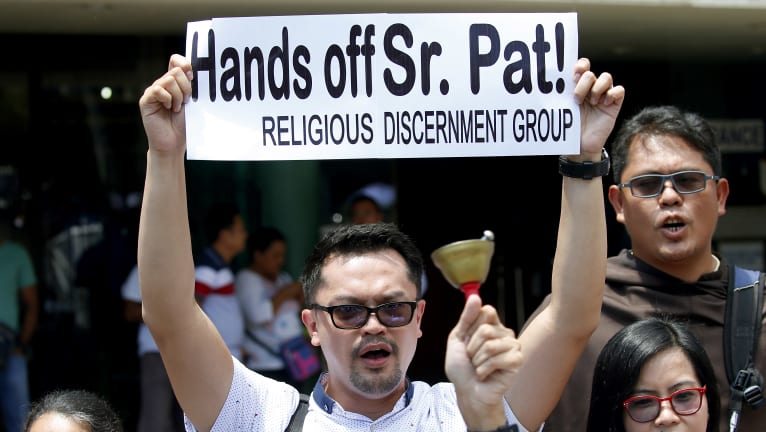 Supporters of Australian Roman Catholic Sister Patricia Fox hold up signs during a protest on May 2.

Dozens of supporters held placards that read "Hands off Sister Pat" and yelled "No to deportation".

"My wish is to continue the missionary work with the poor and I hope that will be the result … and for me to continue working as a missionary, as a human rights defender," Fox, 71, told journalists and supporters.

Justice Secretary Menardo Gueverra ordered the bureau to comment on Fox's petition and provide details of her case within 10 days. 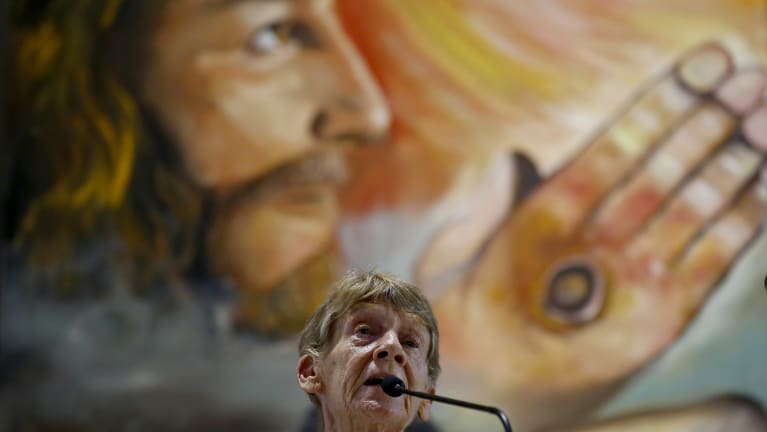 President Rodrigo Duterte has been hypersensitive to criticism, especially about his bloody crackdown on illegal drugs and expressions of alarm by foreign governments and human rights watchdogs. His administration barred a critical Italian politician, Giacomo Filibeck, from entering the country last month.

Last month, Duterte also threatened foreigners with arrest if they insult his government in rallies. "You come here and insult us, you trample on our sovereignty. That will never happen," said the former city mayor, known for his extra-tough approach to law and order.

"I assure you, if you begin to malign, defame government in any of those rallies there, I will order your arrest," Duterte said.

Lawyer Edre Olalia, president of a legal group backing Fox, said her case was both a litmus test and emblematic of how the present government treats sincere advocates of basic reforms for the poor and oppressed.

"It is also a barometer of how the law serves as a tool of or excuse for repression to silence well-meaning critics and dissenters," Olalia said. 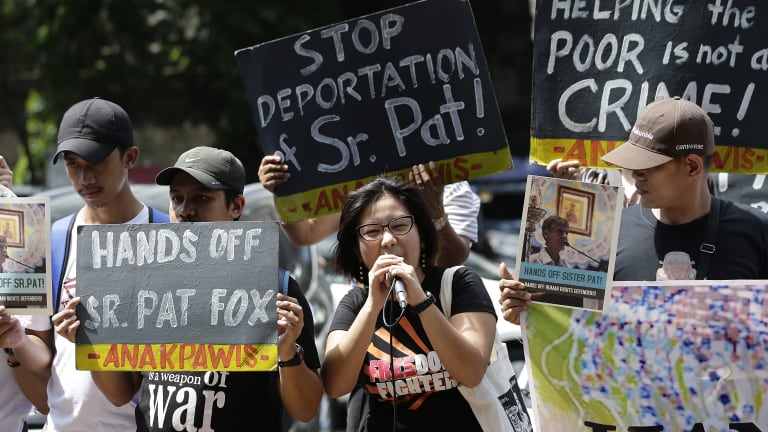 Presidential spokesman Harry Roque has said there was no crackdown against dissent and immigration authorities found out Fox violated the terms of her visa after an investigation.

Panguban said Fox's missionary visa remains valid and that she will carry out her religious mission as usual for now.

Immigration Bureau chief Jaime Morente, however, said on Wednesday that his agency had turned down Fox's appeal for the reversal of an order revoking her visa and ordered her to leave the country in 30 days, adding that no other appeals would be considered.

Immigration spokeswoman Dana Sandoval said Fox had to leave the country on Friday. The Justice Department, however, said Fox can stay up to June 18 because her earlier appeal extended the 30-day notice. 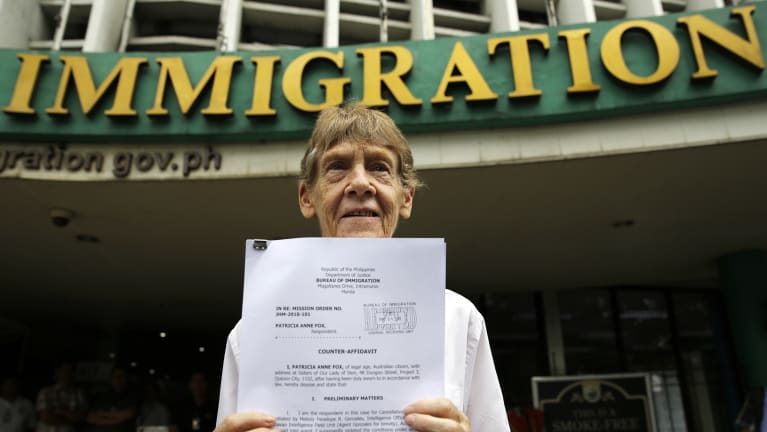 Fox's lawyers argue that she has not engaged in political activities as the government claims. She said on Wednesday her religious mission brought her to poor communities of people fighting for land, justice and survival, destitute Filipinos who are supporting her now.

"I've always been quiet about it, but faithful to it because I believe that's where church people should be, with the people, who are struggling for their rights," Fox said, fighting back tears. "At this stage I'm sort of a little emotional, in part because of the decision and also because it's been really special to have people say that they don't want me to go."