Australia’s prime minister has described vegan activists as “un-Australian” and “green-collar criminals” after a number of protests across the country.

Around 150 people blocked one of Melbourne’s busiest intersections and others targeted abattoirs and farms in the states of Victoria, New South Wales and Queensland.

Some chained themselves to conveyors or machinery, resulting in criminal charges for 40 people in central Melbourne, and another 20 who protested at processors in the city’s outer suburbs.

In New South Wales, nine people were arrested at an abattoir in the city of Goulburn.

The protesters want state and federal agricultural ministers to “acknowledge cruelty in the process of killing animals for food, clothing and entertainment” and to add warning labels on animal products.

But Prime Minister Scott Morrison said that the country’s farmers were having a hard enough time without the actions of Aussie Farms, the group named as being behind the protests.

Responding to calls for the government to support legal claims by farmers as a result of the protests, Mr Morrison said: “If there are pastoralists and farmers that are in a position to actually bring a civil action against these groups… then the [Australian government] is totally open to supporting them in a test case.

“State and territory governments should ensure that the full force of the law is brought against these green-collar criminals.”

Earlier, he had told radio station 2GB that the protests were “shameful…un-Australian”.

Farmers across Australia are struggling with one of the worst droughts in history, with costs of stock feed and transport spiralling. 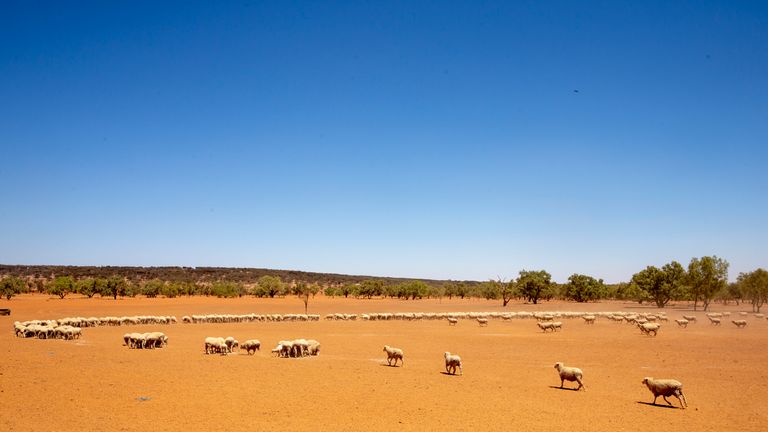 According to the Australian Broadcasting Corp, parts of eastern Australia have been in drought for up to seven years with no end in sight.

Last year was Australia’s third hottest on record and last month was the hottest March on record.

The term “un-Australian” has been around for more than a century but it found popularity among politicians during the 1990s when it was favoured by John Howard, who was prime minister between 1996 and 2007.

These days, it is so over-used that it covers almost anything – trade unions, laziness, not eating lamb on Australia Day, protesters one disagrees with and the imposition of certain taxes that one deems unfair.