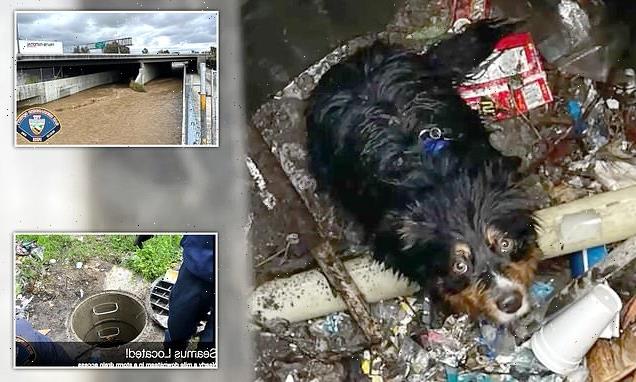 A California dog that got swept away in a storm drain was sensationally rescued by firefighters who were able to reunite him with his owner using his Apple AirTag.

Using the high-tech $29 tag, officers managed to reunite the pup with his owner Emile Brill – catching the moment in a heart-warming video. 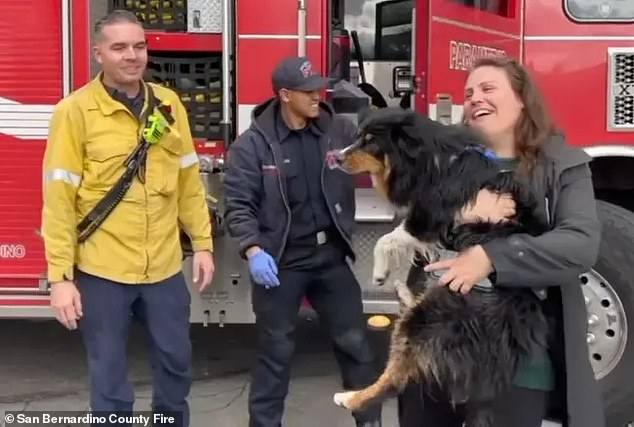 Fire crew who rescued Seamus after he fell down a storm drain told owner Emile Brill, right, the pup had been ‘lucky’ to be rescued, adding ‘he’s got some fight in him’

Brill, from Loma Linda, had been walking Seamus  when he got away from her, ending up in a flood control basin.

Fast-moving floodwaters, which have been hammering California residents this month, swept the pup away leaving her unable to fetch him back.

Brill told KABC: ‘The water was going so fast, I think all it took was one paw in that water and he was gone.’

The mutt managed to find his way to a nearby access tube where firefighters were able to find him. 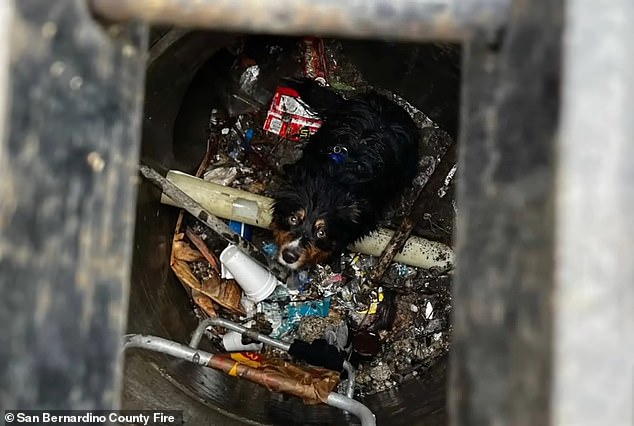 San Bernardino County Fire Service posted photos of their rescue on Facebook, explaining they brought the dog into their fire engine to keep him warm and dry 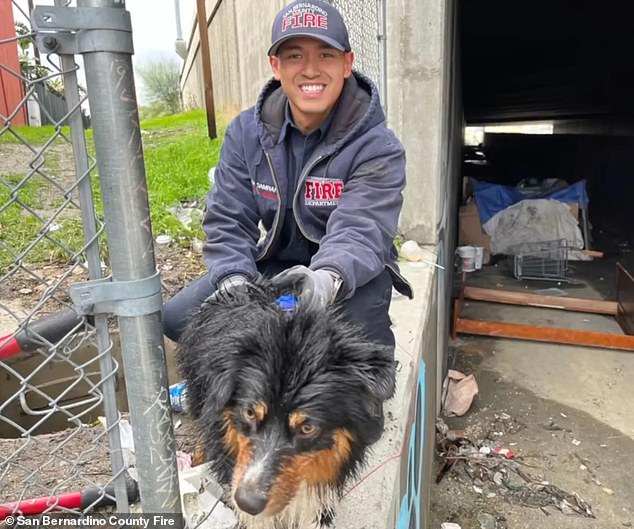 They had been flagged down by an employee at an RV facility on East Redlands Boulevard who reported seeing a dog floating down a nearby channel and hearing its  barks.

The crew brought the dog to their fire engine to warm up while they worked out how to reunite him with his owner.

Fortunately, he was equipped with both an ID tag and an Apple AirTag – the latter of which authorities used to track his owners down. 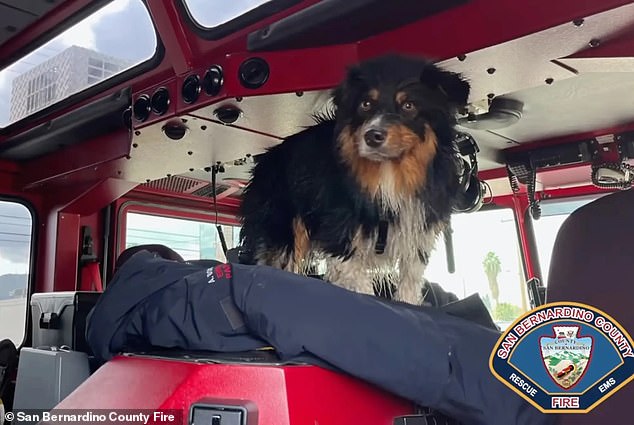 Apple began selling AirTags in 2021 and the devices are supposed to be attached to valuable belongings.

The owner can then track the tag using their ‘FindMy’ app meaning it should never get lost.

In a Facebook post yesterday, the San Bernardino County Fire Service wrote: ‘Yesterday San Bernardino crews were dispatched to a public service call for a dog lost in a storm drain.’

The post continued: ‘Firefighters quickly made access to the dog, bringing him up the ladder to safety. After assessing the dog he seemed uninjured & in good spirits.

‘Seamus was equipped with both Apple AirTag & a conventional ID Tag which aided rescuers and owners in tracking the pup and reuniting them.’ 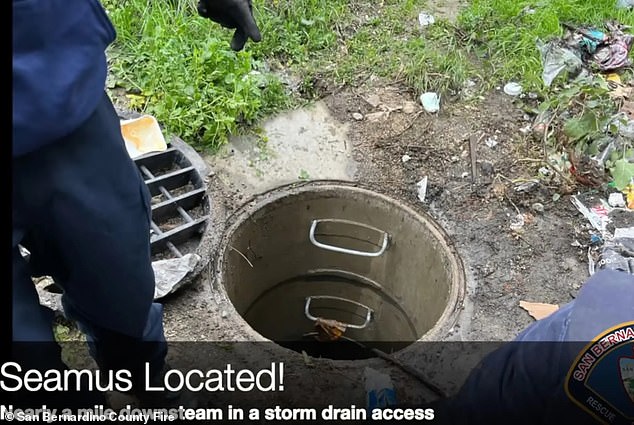 The dog was found by firefighters in a pile of debris at the bottom of the tube.

Authorities used a ladder to bring the pup up to the surface where has assessed.

The moment the dog and owner were reunited was caught on camera, with one firefighter telling Brill: ‘He is one lucky dog, I’ll tell you that.’

Brill replied: ‘Oh he is so lucky!’ 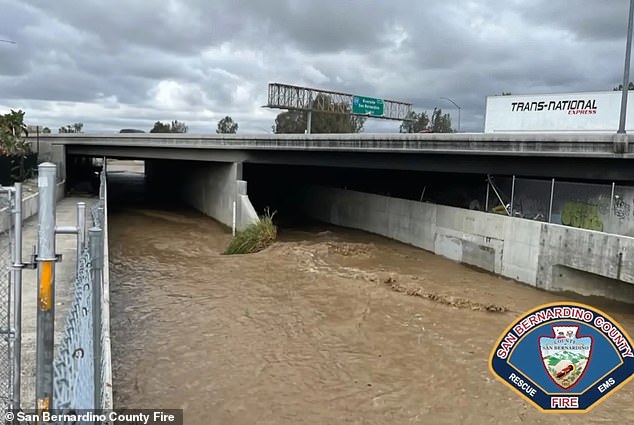 Pup had gotten lost down flood control basin where the fast-moving waters captured him, causing him to float away from his devastated owner