London: Concerns about Australia’s animal welfare standards have been raised with Agriculture Minister Murray Watt by multiple MPs during a trip to London where he attempted to get the trade agreement with Britain over the line.

When in force, the deal will give Australian meat producers unrestricted access to the British market which farmers in the UK say is an unfair playing field because Australian producers use techniques that are outlawed in Britain. This includes mulesing, growing beef in feedlots, battery hens and live exports. 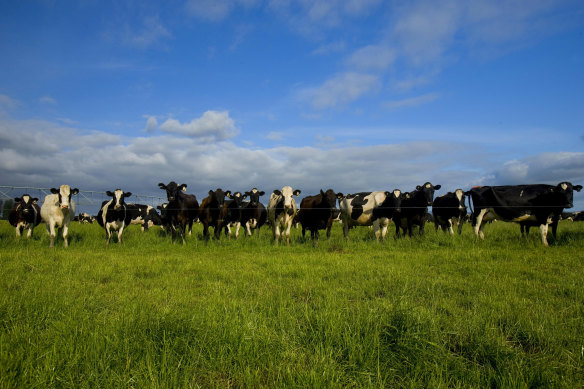 In addition, Australian abattoirs are not required to have CCTV installed, unlike slaughterhouses in England and Scotland, prompting fears that British consumers will eat meat not produced to current standards.

Whilst the Australian Parliament has ratified the deal the UK still has not, giving critics of the agreement in Britain more chance to air their concerns.

Dianne Hayter, chair of the House of Lords International Agreements Committee which last year reported on the trade deal with Australia, met with Watt last week. It was the fourth visit by a cabinet minister since the Labor government was elected in May.

“I think Senator Watt was quite surprised by how frequently animal welfare came up as a discussion topic during his visit to Europe and not simply in my meeting with him,” Hayter told The Sydney Morning Herald and The Age.

“The minister said Australia had a ‘good story to tell’ and it was in the interests of Australian farmers to have high welfare standards to support trade.

“From UK consumers’ perspective, this is a key issue.”

Hayter’s committee said it was clear that the Conservative government, then led by Boris Johnson, had “prioritised tariff removal over demanding certain conditions on production methods and animal welfare to be met”.

“We call on the government to set out its rationale for prioritising this approach over available alternatives and to consider further the circumstances under which it may ask for such conditionality,” the committee said.

Although Australian goods exported into the UK would have to meet its food safety, health and phytosanitary measures this does not include production methods or animal welfare.

“Witnesses noted these practices diverge between the UK and Australia and raised concerns about Australian practices such as battery-hen cages, hot-iron branding, mulesing, and longer transport times for animals, as well as the use of pesticides which are banned in the UK,” the report said.

Lords said it feared that as the Australia-UK trade deal was Britain’s first post-Brexit agreement from scratch, it could expose the UK to the animal welfare standards of other countries with which it hopes to strike trade deals, including the United States, Canada, Mexico, Argentina and Brazil.

While poultry and eggs are not included in the deal and Australia currently exports live sheep and cattle to other markets, predominately the Middle East, the use of battery hens and long-haul live animal shipments have become totemic symbols in Britain of Australia’s lower standards.

During his candidacy pitch to the leadership, Prime Minister Rishi Sunak repeatedly raised the Australia FTA deal as being bad for farmers, including those in his constituency in Yorkshire in the north.

Jed Goodfellow from Animals Australia said Australia was being embarrassed on the world stage.

“We’re viewed as being backwards by British and European standards – they see us as the Wild West when it comes to the treatment of animals, and with good reason,” he said.

“Practices that were banned over a decade ago there are still legal under Australian law due to a misguided sense of complacency about the adequacy of our standards.

“We should be an international leader in animal welfare.

“We hope the minister’s trade visit has provided some much-needed perspective on the concerns of key trade partners and helped focus his mind on the importance of investing in animal welfare,” he said.

Goodfellow said he looked forward to working with the minister on implementing an Australian Animal Welfare Strategy, establishing the inspector-general for animal welfare, and phasing out live sheep exports, all of which Labor promised at the election but has still not begun implementing.

But he said higher standards were essential for just maintaining Australia’s trade opportunities.

“There is no doubt that continuing to improve our already strong agricultural sustainability and animal welfare standards is essential for our ongoing ability to sell Australian produce to the world,” Watt told this masthead.

He said the phasing out of battery hens and live exports would be done in “a measured way that acknowledges the impact on an existing industry.”

“Based on the many meetings I had while I was in the UK, I am confident that these agreements will continue to progress in the coming weeks,” he said.