An autistic girl’s mother has written an emotional open letter to a woman who questioned her daughter’s disabilities when she saw them parking in a disabled space.

Hannah Blatch, 24, returned to her car in Bishop’s Stortford, Hertfordshire with her two children when she noticed a woman staring at her.

She was with her two-year-old son Max and four-year-old daughter Lily, who has autism, severe OCD, Ehlers-Danlos syndrome and postural tachycardia syndrome.

When the woman noticed the family were parked in a designated disabled place, Ms Blatch claims she turned to her husband and said ‘well she’s clearly not disabled’.

The mother-of-two confronted the stranger in the Jackson Square Car Park on April 21, but also decided to document what happened on social media. 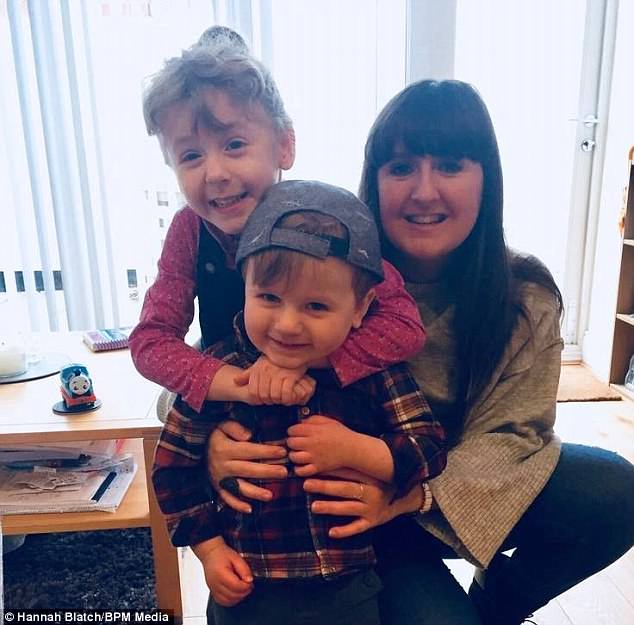 Hannah Blatch is pictured with her son Max, 2, and daughter Lily, 4, who has a long list of physical and mental health issues

Writing on Facebook she penned an open letter to the woman who accused her of ‘not being disabled’ describing little Lily as ‘the kindest, most gentle, endearing little girl’.

Describing what happened that day, Ms Blatch said: ‘We had just come back from town and I was loading up Lily’s pushchair into the car when I noticed a woman at the ticket machine watching me.

‘I didn’t think much of it at first but as she walked passed she said to her husband ‘well she’s clearly not disabled’.

‘I looked straight at her and said ‘well actually my daughter is, but thank you for your concern’ and then she actually said ‘well she doesn’t look disabled’.

‘Her husband, bless him, looked like he could have died a thousand deaths.’

Lily, of Takeley, Essex who turns five in July, only started speaking nine months ago and has to attend around ten medical appointments a month for a number of health conditions.

The youngster has Ehlers-Danlos syndrome, postural tachycardia syndrome – a heart condition – and severe OCD, as well as autism.

She suffers from a range of symptoms including seizures, blackouts, social anxiety and swelling of her joints.

She also has a gastrointestinal condition which means she still has to wear nappies.

But her mother says she looks like a ‘typical four-year-old’ most of the time, which has often led to them being on the receiving end of ‘judgmental’ looks and comments when out in public, as well as confrontations over parking.

She added: ‘I’ve had it happen regularly, and it’s always in Stortford. I never get it anywhere else. 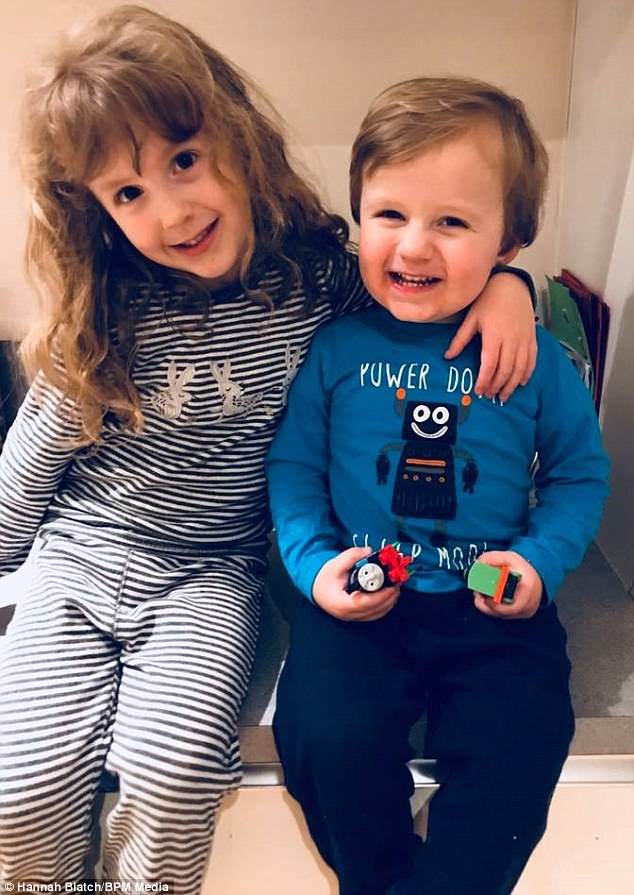 Miss Blatch 24, returned to her car in Bishop’s Stortford, Hertfordshire with her two children (pictured)  when she noticed a woman staring at her. The woman said Lily ‘clearly wasn’t disabled’

‘There has been a couple of occasions where Lily has got upset before when she’s been aware there has been some kind of confrontation.

‘Because she isn’t in a wheelchair people question it. They don’t even look to see if I’ve got a blue badge, they are just looking at me, looking for my disability.

‘People judge and they shouldn’t. You don’t know what is going on in someone else’s life or what kind of day they have had.

‘If we are in a disabled bay just trust us. It’s not your job to check.’

It read: ‘I am fortunate enough to be a healthy, happy 24-year-old mummy to two very individual and beautiful children.

‘My son is an energetic, cheeky, intelligent two-year-old and my daughter is t.

‘Age is just a number though – she may nearly be five, she may be tall but that doesn’t mean you can compare her to others.

‘Lying in bed, fearful of the future has become the norm to me.

Being a ‘special needs mum’ is a challenge, she told her Facebook friends, and a commitment to a life that ‘you wouldn’t choose for your child’.

Although Hannah said even though she wishes she could make her daughter’s life easier, she and other ‘determined’ and ‘powerful’ mothers of special needs children ‘were given the gift of these children because we have what it takes to be their mummies’. 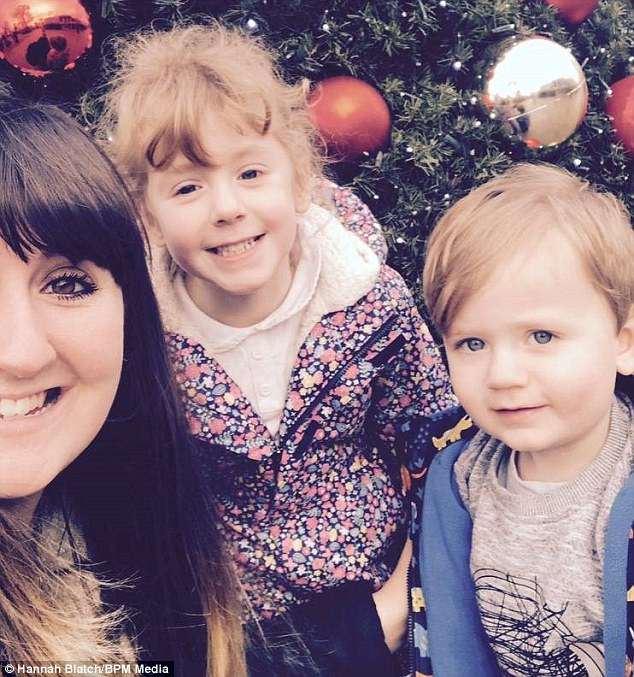 The mother-of-two  (pictured with her children) confronted the stranger in the Jackson Square Car Park on April 21, but also decided to document what happened on social media

She continued: ‘However much you wouldn’t change them for the world, because they’re perfect, and they’re clever and they’re gorgeous and they’re yours, you would in fact make their lives easier in a heartbeat.

‘You would give them the ability to use the toilet by themselves, to put their own socks on in the morning or to ride a scooter down the road without pain.

‘Special needs mums have this power (…) to be their strength when they need us, to give them space when they simply can’t cope with the world around them, to give them and show them as much love as humanly possible whilst they push you away, they hit you, they slap you and they cry for you all at the same time.

‘So the next time someone questions your parenting, questions a diagnosis or why you’re parking in a disabled space, remember – you shouldn’t need to justify yourself to anyone.’

The post elicited a strong response from fellow parents, some of whom Hannah says have been in touch to share their own experiences.

She added: ‘It’s really frustrating as a parent of a child who is disabled but not visibly.

‘You’re sort of stuck in a quandary where you’re glad your child isn’t in a wheelchair but in a way it would almost be easier if they were.

‘I’ve had emails from parents of children with autism who’ve said they’ve had comments about bad parenting when their children are screaming in public or won’t get off the floor.

‘It’s definitely struck a chord. Hopefully it will help show people what is behind the scenes.’

WHAT ARE LILY’S CONDITIONS?

Autism spectrum disorder (ASD) is the name for a range of similar conditions, including Asperger syndrome, that affect a person’s social interaction, communication, interests and behaviour.

People with ASD tend to have problems with social interaction and communication.

Children with ASD have problems using non-verbal behaviours to interact with others and may be reluctant to make eye contact or speak to unfamiliar people.

Obsessive compulsive disorder (OCD) is a common mental health condition in which a person has obsessive thoughts and compulsive behaviours.

OCD can be distressing and significantly interfere with people’s lives.

There is currently no specific treatment or cure, but symptoms can be managed with specialist care.

Postural tachycardia syndrome (PoTS) is an abnormal increase in heart rate that occurs after sitting up or standing.

It typically causes dizziness, fainting and other symptoms.