Home » World News » Average pay for teachers, who said they were underpaid, hits £38,400

The average pay for teachers, who said they were underpaid, hits £38,400 which is far more than the UK average salary of £28,600

Teachers are now paid an average salary of £38,400 – and got a pay rise of almost 5 per cent last year, figures reveal.

Campaigners said teachers’ earnings far surpass the UK average salary of £28,600, despite claims that they are underpaid.

It comes after the left-wing National Union of Teachers (NUT) demanded a pay rise for teachers, saying their salaries had been eroded.

But analysis by the TaxPayers’ Alliance suggests that while teachers may feel hard done-by, they are paid more than many other workers – with senior teachers earning more than £67,300 a year. Meanwhile, heads can earn up to £117,000 in inner London and £110,000 in the rest of England and Wales. 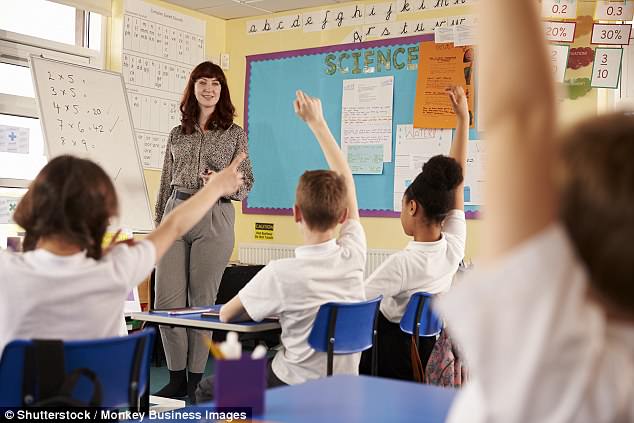 Teachers are now paid an average salary of £38,400 – and got a pay rise of almost 5 per cent last year, figures reveal (stock image)

The research found teachers’ gross pay increased by 1.6 per cent in 2016-17. This was below the inflation rate for that year.

However, when individual pay rises caused by people being promoted into higher pay bands were taken into account, average pay rose by 4.6 per cent.

The analysis, based on Department for Education figures, provides a counter-argument to union calls for higher pay.

The report said: ‘Although we are not calling for teacher pay to be cut, our analysis … shows that teachers have been enjoying a pay rise and so there is no need to increase their salary further at this point in time.’

Earlier this year, the NUT committed to ballot its members for strike action next year if teachers are not granted a 5 per cent pay rise. Teaching unions have also been warning of a funding ‘crisis’, saying schools are having to cut down on support staff and courses.

But a recent analysis by the Institute for Fiscal Studies found school funding levels are much higher than they were two decades ago. It found much of the extra money has been spent on hiring teaching assistants, despite experts disagreeing on how effective they are in raising attainment.

John O’Connell, chief executive of the TaxPayers’ Alliance, said: ‘Whilst we are constantly hearing trade unions calling for more spending, this has largely gone on salary increases. This is completely unfair at a time when public sector workers are already better off, onaverage, than those in the private sector. 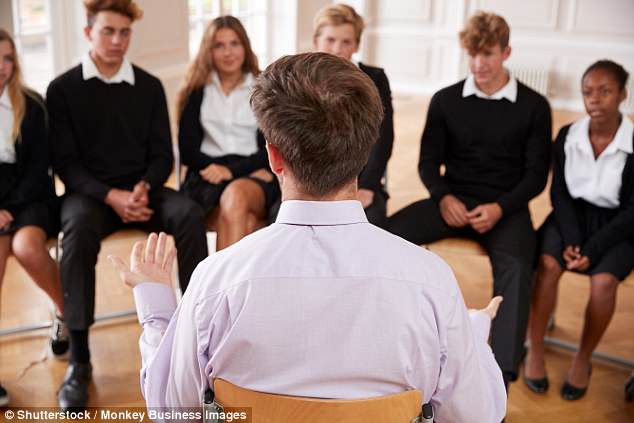 ‘Teachers in particular have seen generous salary increases when moving up through pay bands … Schools should deliver value in their budgets before teachers see higher pay, rather than demanding the Government increase spending.’ The report prompted fury from unions. Geoff Barton, general secretary of the Association of School and College Leaders, said: ‘It is important the public realises that teachers’ pay has fallen well behind inflation because it has been capped or frozen since 2010.

‘This has led to salary levels falling in real terms. This is part of the reason we have a teacher recruitment and retention crisis.’

NAHT chief Paul Whiteman said salaries had to compete with graduate professions to ‘attract the best people’, and salaries should be compared against this – not the national average. He added: ‘Teachers’ real average hourly pay has seen a … fall of 15 per cent over the last decade.’