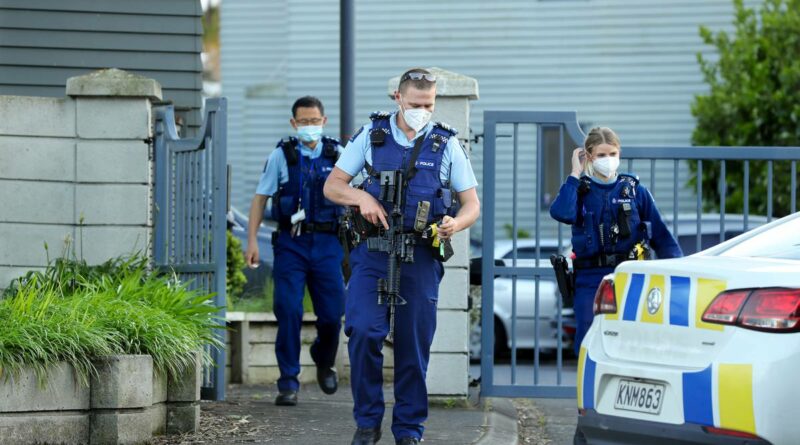 A man has been charged with murder following a shooting in Avondale which left a 28-year-old Auckland man dead.

The investigation into a fatal shooting in the Auckland suburb of Avondale is centred on the Mongols gang, the Herald understands.

A 24-year-old male has been charged with murder, drug supply and firearms-related offences.

A 20-year-old woman has been charged with accessory after the fact of murder, drug supply and attempting to dissuade witnesses.

On Saturday, police were called to Avondale just before 4.30am after a report gunshots had been heard.

Inspector Daniel Meade said a man was located with a gunshot injury and was taken to hospital in a serious condition.

Just before 10.30am, police said the man had died.

Detective Inspector Schmid said police aren’t seeking anyone else in relation to this death.

“If you were at this address and we haven’t spoken to you, or you saw people and vehicles coming and going from it during this time, we strongly encourage you to come and talk to us,” Schmid said.

The pair are both due to appear in the Auckland District Court tomorrow.

A scene examination is continuing today in Saintly Lane and is expected to continue for some days yet.

“We believe this vehicle travelled from 19 Saintly Lane to nearby Rosebank Drive and we’d like to speak to anyone who may have seen it at about 4.30am,” said Schmid.

The Herald understands the homicide investigation is centred on the Mongols gang.

The Mongols were first established in the United States in 1969 and spread to 12 countries, including Australia, where they quickly earned a reputation for ruthless violence.

The Mongols arrived in town in 2019, the first New Zealand chapter of the Australian gang was established in New Zealand last year after influential members were deported.

Earlier this year, escalating tensions between the Mongols and Head Hunters gangs led to police arresting 19 people in relation to a spate of serious arsons and drive-by shootings including gunfire at an Auckland inner-city hotel.

In mid-2020 police arrested 10 people who were either members or associates of the Mongols, who they described then as an “organised crime group” in relation to drug dealing, firearms and money laundering.

• Anyone with further information is asked to contact police by ringing 105 and quoting file number 211002/1241.