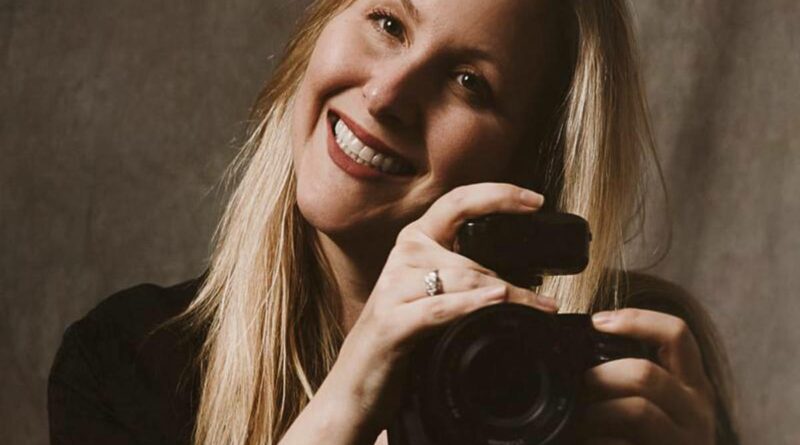 An award winning photographer suffered “significant injuries” when a helicopter she was travelling on to shoot a bridal couple crashed on a Canterbury golf course yesterday.

The wedding photographer, wife and mother was onboard the chopper when it went down yesterday at Terrace Downs Resort in Windwhistle, 80km west of Christchurch.

All people four on board – the bride, groom, Jordan and pilot – were hurt, with three flown by rescue helicopter to Christchurch Hospital with serious injuries after the 3.05pm crash.

The remaining injured person was taken by St John Ambulance to hospital with moderate injuries.

“Rach has been able to move her legs but is having trouble with her feet and cannot move them but that could change as swelling around her spinal cord goes down,” a givealittle page set up to raise money to support Jordan’s recovery says.

“She can however feel people touching her feet which is good.”

“Miraculously all on board the helicopter have survived the crash & for that we are all very thankful,” the page says.

“Rach is a wonderful wife & mother as well as an incredibly talented photographer. Rach has significant injuries & there is going to be a long recovery period.”

Fellow photographer Kate Ryan described the incident as a “nightmare scenario that no one ever wants to think will happen to them either at work or on your wedding day”.

“The photography community is rallying around to offer support to one or our own,” she posted on Facebook, urging those who could spare a couple of dollars to support the fundraising effort.

The Herald revealed today that the newlywed couple hospitalised after yesterday’s horrorcrash were being supported by members of their Al Noor Mosque community in Christchurch.

Waleed Abaza, a close friend of the groom who lost close friends in the March 15, 2019, mosque shootings, was one of the “traumatised” wedding guests.

He spoke about how he and his friends were driving into Terrace Downs, and excited to attend the big day, when they saw an ambulance and wondered what had happened.

They then met other shocked guests who told them that there had been a helicopter accident involving the wedding party.

At first, they thought people had lost their lives in the crash which happened just after take-off.

“We were told it had just taken off and like … just dropped from the sky.”

About 10 minutes later, they heard that all had survived but had been badly injured.

“Everyone was in a state of shock – we were all just standing around, nobody knew what to do,” Abaza told the Herald this morning.

“We were all just trying to find out information.

They went to Christchurch Hospital but only close family members were admitted to see the injured.

After a sleepless night, Abaza is still looking for answers.

He believes his mate is undergoing surgery today for back injuries.

And he can’t believe that tragedy has struck just two years after living through the Christchurch mosque attacks.

“We both lost many friends in March 15 attacks,” Abaza said.

“It was supposed to be such a happy day, that is the irony.

“[The groom] has been through a lot in his life and we were so happy for him.”

His friend wasn’t at Al Noor on the day a terrorist stormed the mosque and gunned down 42 worshippers – but they both lost many friends that fateful.

Many of them would’ve been at yesterday’s wedding and supporting their close friend.

“It’s so hard to believe that this has happened,” he said.

This morning, Wyndon Aviation which owns the helicopter released a media statement, saying it understood the “considerable interest” in the crash.

“Our immediate thoughts are with the bride and groom, the photographer and our pilot who sustained injuries as a result of the accident,” the statement says.

“While the injuries are serious, we are grateful that all four are recovering in hospital.”

A spokesman for the company said, at this stage, they are “unaware of any causal factors in respect of this accident” and that it would “not only be counterproductive but inappropriate to speculate on the cause”.

“We have, however, undertaken to work closely with the CAA (Civil Aviation Authority) and authorities who are investigating the circumstances behind yesterday’s accident.”

Four people playing golf nearby were first on the scene after the helicopter came down, said Ronnie Ronalde, director of operations for CPG Hotels, which owns the resort.

“Four golfers on the next green ran across. They heard a thud and ran to the fairway.”

He was walking past when one of the golfers “called it in” to the resort so he jumped into a golf cart with other staff to help, arriving within minutes to discover the occupants of the Robinson 44 “conscious and talking” but in pain.

“Everything happened so quick … we were trying to look after the people till the ambulance came … comforting them, putting blankets on them.

“One [staff member] was in the helicopter, consoling [the injured].”

A hospital surgeon staying at the resort also came to help, Ronalde said.

The helicopter crashed upright near a sand trap, but photos showed its tail had been sheared off – it came to rest several metres away tangled around a flag stick.

The newlyweds were sitting together in the back of the helicopter, behind the photographer and pilot, but Ronalde didn’t know which of those on board was among the seriously injured.

The group were flying to a picturesque mountain spot – the resort is located next to Rakaia River and below Mt Hutt and the Southern Alps – and had just started the planned 10-minute flight.

“They’d just taken off and weren’t that high [off the ground].”

The mountain photo excursion was part of the big day, with the reception for around 100 guests to follow, Ronalde said.

“The whole family had come here today to have their reception, which they had out in the gardens, and part of it was for some photos to be taken. They were going up to the top of the mountain and the reception was to be afterwards.”

Shocked wedding guests waiting back at the resort, including the newlyweds’ parents, had to be comforted by staff, with about 30 on duty at the time of the crash, Ronalde said.

Guests were traumatised and confused, he said.

“It’s a big day and all of a sudden it stops … it’s devastating for the family, and the staff who were there, all of us. It’s quite a traumatic day.

The CAA is working with the Transport Accident Investigation Commission (TAIC) to determine which agency would lead the investigation into this crash.

A team from the CAA investigation and response unit will head to the accident site today to begin a “thorough scene examination and to gather witness statements”.

“The initial focus of our investigation will be to build an understanding of the circumstances surrounding the accident,” the CAA says.

“This will help us identify whether there are any safety issues which need to be promptly addressed by the CAA and helicopter operators.”