New York: It happens every once in a while: A child being raised vegan develops serious health problems, setting off an emotional debate over whether such diets are suitable for the very young.

Experts say it is possible to raise healthy infants and children on a totally plant-based diet. Planning helps, as babies are particularly vulnerable to malnutrition and are unable to choose the foods they eat. 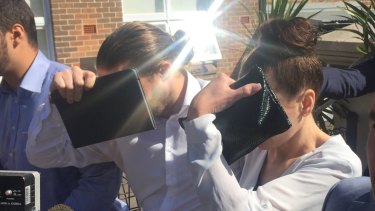 Reed Mangels, a registered dietitian in California and nutrition adviser for the Vegetarian Resource Group who raised her children on vegan diets, said that vegan babies, like all infants, should start with breast milk if possible. Where breastfeeding is not possible, a soy-based formula — which, unlike plain soy milk, is specially formulated for babies — can be a good option, though Mangels pointed out that some formulas contain derivatives of lanolin, an animal byproduct.

Sheth said it was important for caretakers to make sure that vegan babies, once weaned, got enough of vitamins D and B12, calcium, iron, zinc and heart-healthy fats. The same is true for all babies, but these nutrients are worth paying special attention to for vegans and vegetarians. She added that vitamin B12, in particular, comes predominantly from animal products.

"So if you don't have B12 coming from animal products, you want to make sure you're supplementing it," she said. Many fortified foods for infants include B12, along with other essential nutrients, like iron and calcium.

Sheth recommended introducing vegan children to a range of foods, starting with breast milk or formula and perhaps mixing that with fortified cereals before moving on to soft options, like puréed fruits, bean spreads, mashed avocados and tofu, then eventually adding more solid options, like whole wheat breads and cooked and dried fruits. 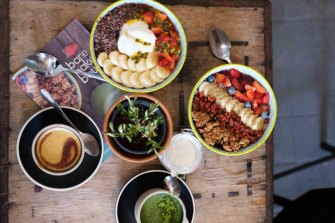 Vegetarian and vegan diets are growing in popularity.Credit:Oscar Coleman

According to a report published by Global Data, 6 per cent of US consumers claimed to be vegan in 2017, up from 1 per cent in 2014. Surveys in Australia have indicated about 5 per cent of people are vegetarian and about 2 per cent are strictly vegetarian or vegan.

Sheth and Mangels said they had noticed a growing interest in diets that included more plants and less meat. Some children are even making the decision to eat this way on their own.

"Many kids do thrive on vegan diets," Mangels said, adding that parents who were considering raising their children that way should work with health care providers to come up with a plan.

"Many dietitians know about vegan diets and are open to it," she said. "Just seek out good quality information so that you can feel like what you're doing is healthy."

When child malnutrition cases make headlines, they often can involve factors beyond just an avoidance of animal products. In the Sydney case, the judge said the parents were "initially unable to accept that their daughter's condition was due to malnutrition".

In 2016, a woman in Pennsylvania was charged with endangering the welfare of her child. In that case, family members told CBS Pittsburgh that she had essentially been feeding the baby only nuts and berries.

In May, the Royal Academy of Medicine in Belgium released a report that said that vegan diets were unsuitable for children and that young people could suffer irreversible harm if they lacked nutrients like vitamins D and B12.

That report came two years after a mother and a father in Belgium were sentenced to jail over the death of their seven-month-old son, whom they had fed a diet of vegetable-based milk, the BBC reported. But some doctors objected to the academy's report.

A letter from the Physicians Committee for Responsible Medicine, a nonprofit group in the United States that promotes plant-based diets, said that "several key statements and conclusions were not based on scientific evidence and were both erroneous and misleading."