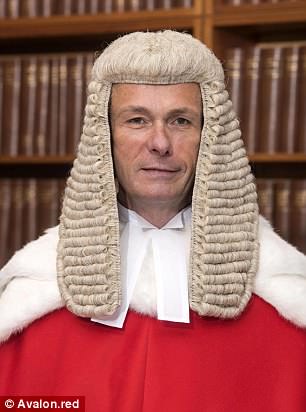 A baby could become the first person born in England or Wales who will not legally have a mother if a transgender man wins a historic human rights battle.

The youngster is the child of a single parent who was born a woman but now lives as a man after undergoing surgery.

Lawyers have told a judge that he had been biologically able to get pregnant and give birth but had legally become a man when the child was born.

They say the man wants to be identified as the child’s ‘father’ or ‘parent’ on a birth certificate.

But they said a birth registrar has told the man the law requires people who give birth to children to be registered as mothers.

The parent has taken legal action against the body set up to administer statutory provisions relating to the registration of births and deaths after complaining of discrimination.

He says forcing him to register as the child’s ‘mother’ breaches his human right to respect for private and family life.

The man says such ‘interference’ is not proportionate or necessary in the light of changes which have ‘evolved in society’.

Mr Justice Francis said the issue had never been raised in a court in England and Wales before.

He said if the man won his fight ministers might have to consider changing the law.

Mr Justice Francis heard preliminary discussion at a public hearing but he said the baby could not be identified in media reports. 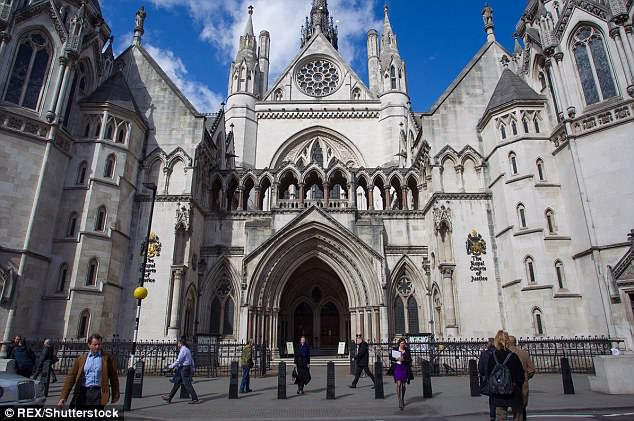 The judge said reports should not reveal the baby’s gender or age, or the man’s age, and should not give any clue where the man and the child lived.

Lawyers say other transgender men have given birth but have been registered on birth certificates as mothers.

The man held the baby as he sat next to a lawyer at Thursday’s hearing.

At one point he stood to rock the baby, who sucked on a dummy, to sleep as lawyers discussed issues with the judge.

Mr Justice Francis heard how the man was born a woman but ‘realised he was trans’ several years ago.

Lawyers said he had lived ‘as a man’ since then and undergone surgery to ‘re-contour’ his upper body.

The High Court judge was told that the man was granted a gender recognition certificate more than a year ago, before the baby was born.

‘It is an accepted fact that a female who transitions to male may in law maintain the ability to conceive and give birth to a child,’ barrister Hannah Markham QC, who leads the man’s legal team, explained in a written outline of his claim.

‘(He) seeks a declaration that being forced to register as a mother to his son is contrary to his right to private and family life within Article 8 of the Human Rights Act 1998 and that such interference, in the light of the changes which have evolved in society are no longer proportionate.’

Barrister Sarah Hannett, who is leading the Registrar General’s legal team, said the man had obtained a gender recognition certificate under the 2004 Gender Recognition Act.

He gave birth following intra-uterine insemination treatment some months ago.

She said the Registrar General took the view that registrars were not permitted to ‘take the step in question’.