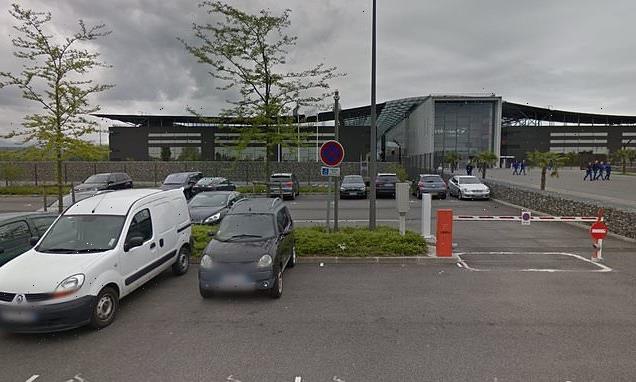 A baby was found dead after it was left in stifling temperatures in a hot car by its father who reportedly forgot to drop the child off at nursery before going to work.

An investigation has been launched after the infant was found dead in a car park at aeronautics company Safran in Bordes, southwest France on Wednesday afternoon.

The 14-month-old was reportedly left inside his father’s sweltering vehicle that had been parked at his workplace after he ‘forgot’ to leave the child at nursery.

Record temperatures and wildfires ripped through the southern parts of France this week, but at the time of the baby’s death the mercury had hit around 22C (71.6F). 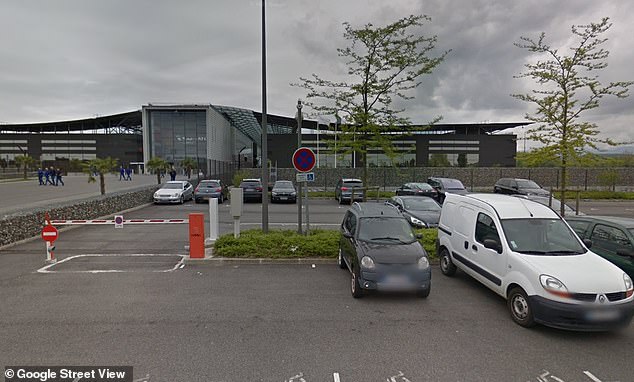 An investigation has been launched after the infant was found dead in a car park at aeronautics company Safran in Bordes, southwest France on Wednesday afternoon.

The child’s mother initially raised the alarm after realising her 14-month-old had no attended nursery late on Wednesday.

Emergency services rushed to the scene where they attempted to resuscitate the child at around 5pm.

An autopsy has yet to determine the exact cause of the child’s death.

The parents of the baby, neither of whom have prior criminal records, were sent to Pau hospital after suffering ‘shock’, it was reported.

Psychological support units have been set up for staff at the child’s nursery, which cares for around 80 children.

Gironde, an area that surrounds Bordeaux in the south-west of France, saw wildfires rip through tinder-dry grass and pine forest for a little over a week – torching an area twice the size of Paris in the process. 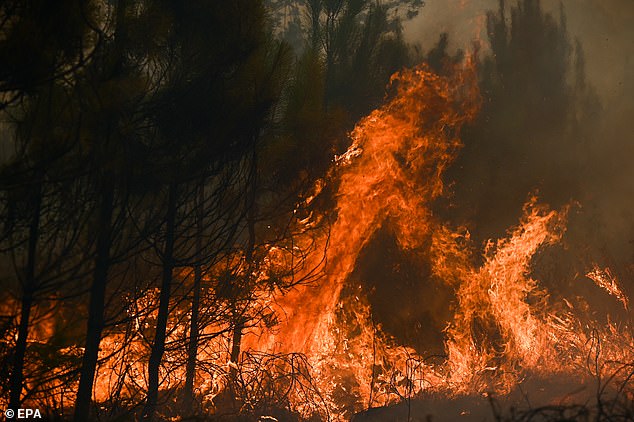 Flames rise at a forest fire near Louchats in Gironde, southwestern France, where more than 30,000 people have been forced to flee their homes due to the advancing flames 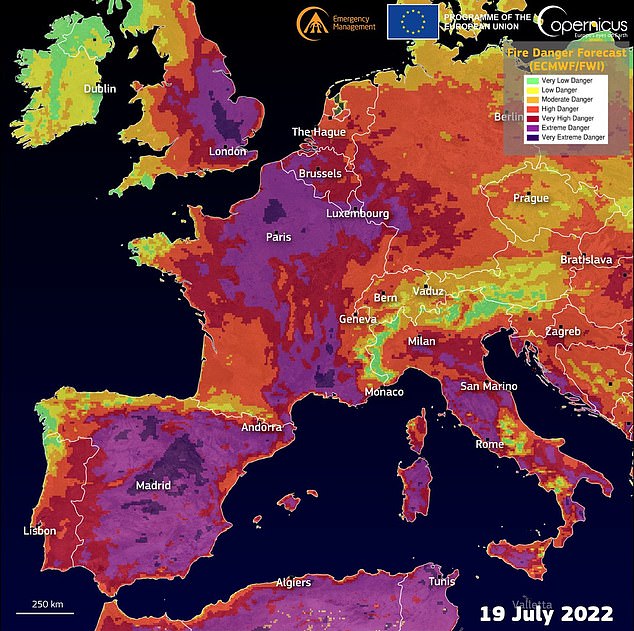 ‘Very extreme danger’ of fire warnings are in place across northern Spain, parts of northern France, and a large part of England today – with ‘extreme danger’ warnings widespread as a heatwave turns the continent into a tinder-box

More than 30,000 people were evacuated and dozens of animals at a local zoo have died due to heat and stress.

It comes after a deadly and record-breaking heatwave swept Europe and brought widespread temperatures above 40C (104F) – turning the continent into a tinder-box.

Dozens of fires raged across Spain, Italy, Greece, Portugal and Slovenia – with four times as many logged so-far this year compared to average.