Jumbo kisses! Baby elephant smothers a tourist with love as it wraps its trunk around her and presses its lips onto her face

This is the adorable moment a baby elephant showers a tourist with affection, wrapping its trunk around her and even giving her a kiss.

The heartwarming footage was filmed at the sanctuary of the Karen tribe in Thailand.

The baby elephant seems infatuated with the woman and appears to grin as it clings closely to her.

The woman seemed stunned at the affection shown by the elephant.

She is perched on a rock and the baby elephant presses into her, pushing her to the side as it leans in close to her.

She can be seen laughing uneasily at first before relaxing as she realises the elephant is only asking for attention. 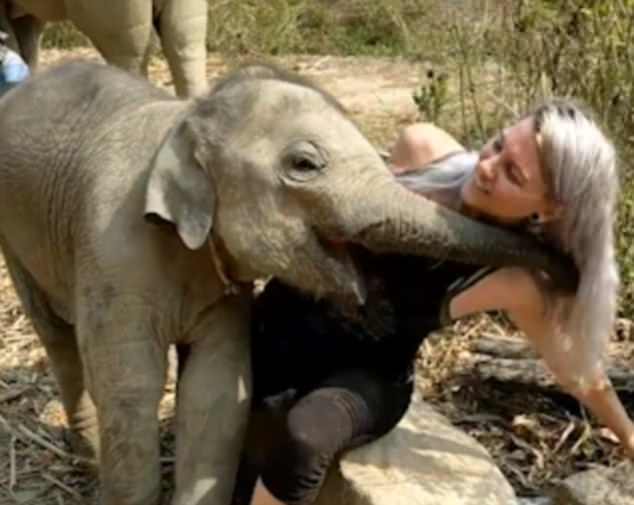 The elephant wraps its trunk around the neck of the woman before appearing to give her a kiss.

The woman laughs and jokes about how the elephant doesn’t realise how strong it is, just like her pet dog.

The tourist’s guide can be seen smiling and watching the baby elephant who cannot stop clinging to the woman. 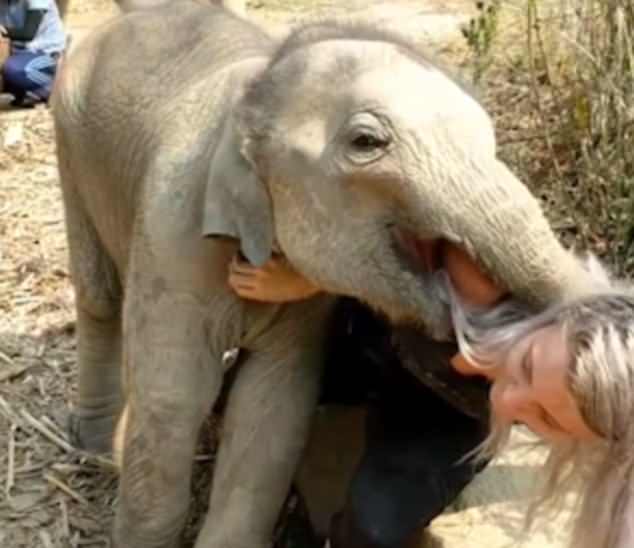 The cheeky elephant gives the woman a kiss before it starts to eat her hair, although she seems touched by the affection

She laughs: ‘He can’t stop eating my hair.’

The woman tries to sit up straight but the baby elephant is determined not to let her get away and presses even closer.

The clip ends with the elephant sprawled over the tourist. 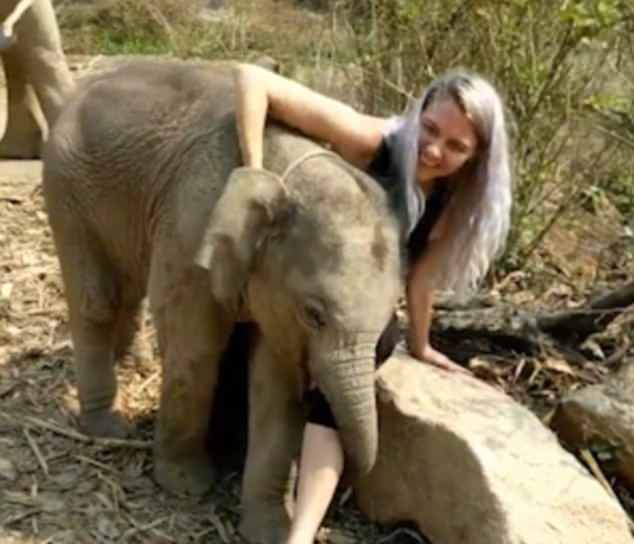