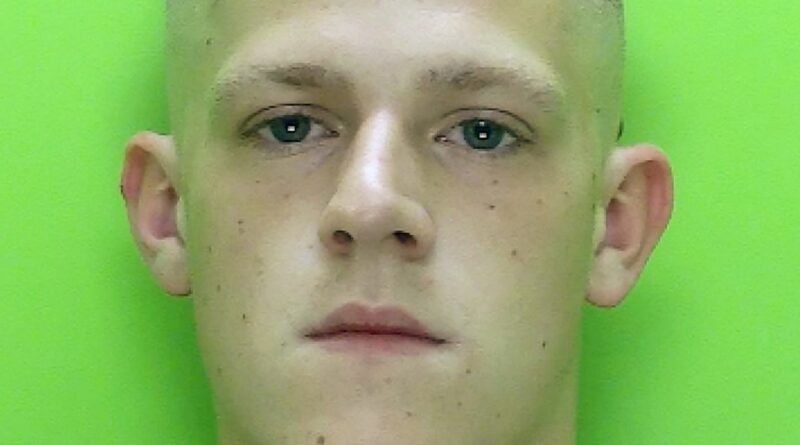 A baby-faced thug told police he was “too bladdered to drive” after being arrested for carjacking a woman and child.

Tyler Gillespie, 18, used a knife to threaten the victim who was waiting in the passenger seat of her friend's car at midnight on June 19 last year.

Before Gillespie sped off down Leamington Drive in Sutton-in-Ashfield, Nottinghamshire, the frightened woman managed to take a child who was in a car seat in the back.

A police car on patrol saw Gillespie a few moments later driving erratically and followed him along residential streets where he drove at speeds of 60mph.

Gillespie was eventually arrested after he pulled over more than half-a-mile away on High Pavement.

Items stolen by Gillespie the previous night during a break in were found by officers in the vehicle.

Gillespie admitted to carrying out the burglary and to taking the car when questioned by police.

The carjacker said he had been "daft" and explained that he pulled over because he was "bladdered" and "didn't want to die".

In addition, he admitted to an unrelated theft at a local supermarket.

He was sentenced to four years detention at a young offenders' institution when he appeared at Nottingham Crown Court on Tuesday, May 3.

Detective Constable Adam Penn, of Nottinghamshire Police, said: "Gillespie put his victims through an extremely frightening ordeal and was lucky not to cause serious injury to other road users during the truly appalling display of driving that followed.

"It is testament to the skill and professionalism of police officers and control room staff that this pursuit was bought to a swift and safe conclusion.

"I sincerely hope that Gillespie uses this period of incarceration to reassess the way he is living his life and make positive changes to his future behaviour."