Left to die on a rubbish dump: Newborn baby is rescued after she was heard crying underneath a pile of trash in Thailand

A newborn baby dumped under a pile of rubbish and left to die has been rescued by an alert passerby who heard her whimpers, incredible video footage shows.

Wanida Martmoon, 31, was walking to the doctors in Pathum Thani, Thailand on Wednesday afternoon when she suddenly heard crying from beneath a pile of waste.

Rummaging through the garbage, she discovered the tiny baby, and scooped her up into her arms, before calling an ambulance. 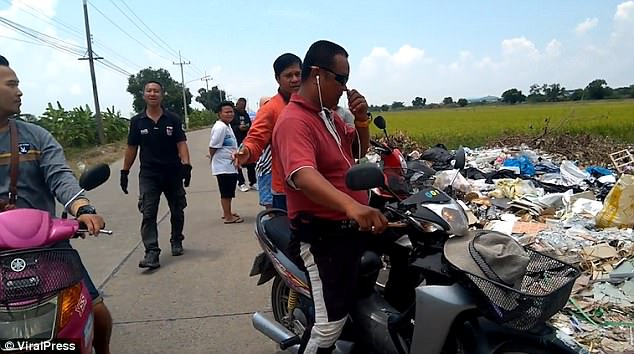 The newborn baby girl was found underneath a pile of rubbish in Pathum Thani, Thailand while Wanida Martmoon was walking to an appointment with her doctor 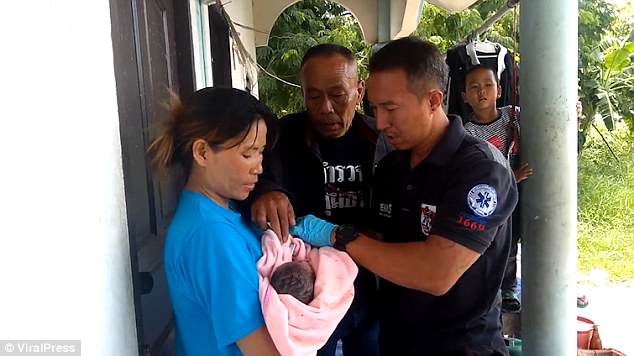 Wanida Martmoon, left, is pictured here with the baby girl, who was found with her umbilical cord still attached. It is believed that she was born several hours prior to being discovered buried under waste 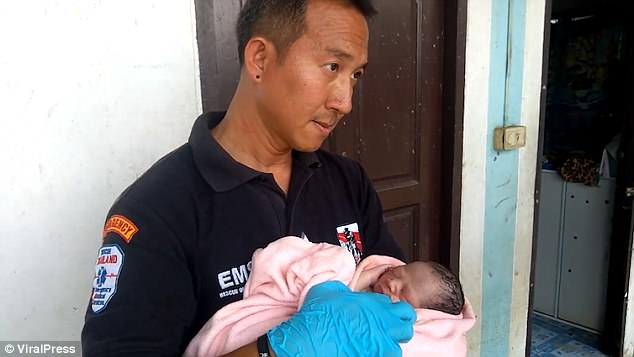 Emergency services were called to tend to the baby, with nurses reporting her as dehydrated after being left unfed for several hours After receiving liquid, the newborn is carried from Wanida Martmoon’s home to a waiting ambulance, on the side of the road 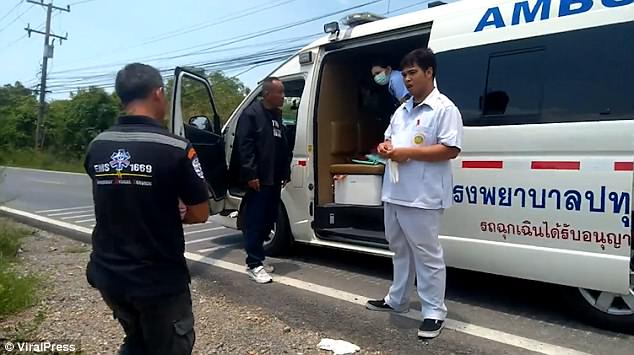 The baby was reported to be ‘moving strongly’ despite her horrific ordeal. She is still recovering in hospital

It is believed that the girl was born several hours prior to being found, as her umbilical cord was still attached.

Nurses treated her for dehydration, before the newborn was rushed to hospital for further treatment. Her condition is now stable.

Wanida said: ‘I wasn’t feeling well that morning and on the way to see a doctor I heard crying and saw something in a pile of rubbish.

‘I stopped to have a look [at] what it was and found the baby girl with her umbilical cord still attached. She was moving around so I put her in a towel.

‘My heart melted, it was very emotional. I took her home and made an emergency call.’

Siroj Kamolpornwattana, rescue volunteer from Kuubangluang rescue team in Ladlumgeaw district, Pathum Thani, said he received a call from Wanida and arrived at her home with the nurses.

He added: ‘The baby is still moving about with good strength. We took the baby to Pathumthani Hospital for caring and to report to police to find the infant’s mother to hear her punishment.’