Home » World News » Baldness could be cured with a £2,000 treatment that REVERSES hair loss, experts say – The Sun

A NEW £2,000 stem cell procedure which may actually reverse hair loss is being called the world's first "cure for baldness".

Doctors selling the revolutionary treatment reckon patients can expect a 30 – 40 per cent increase in their hair density from a single treatment. 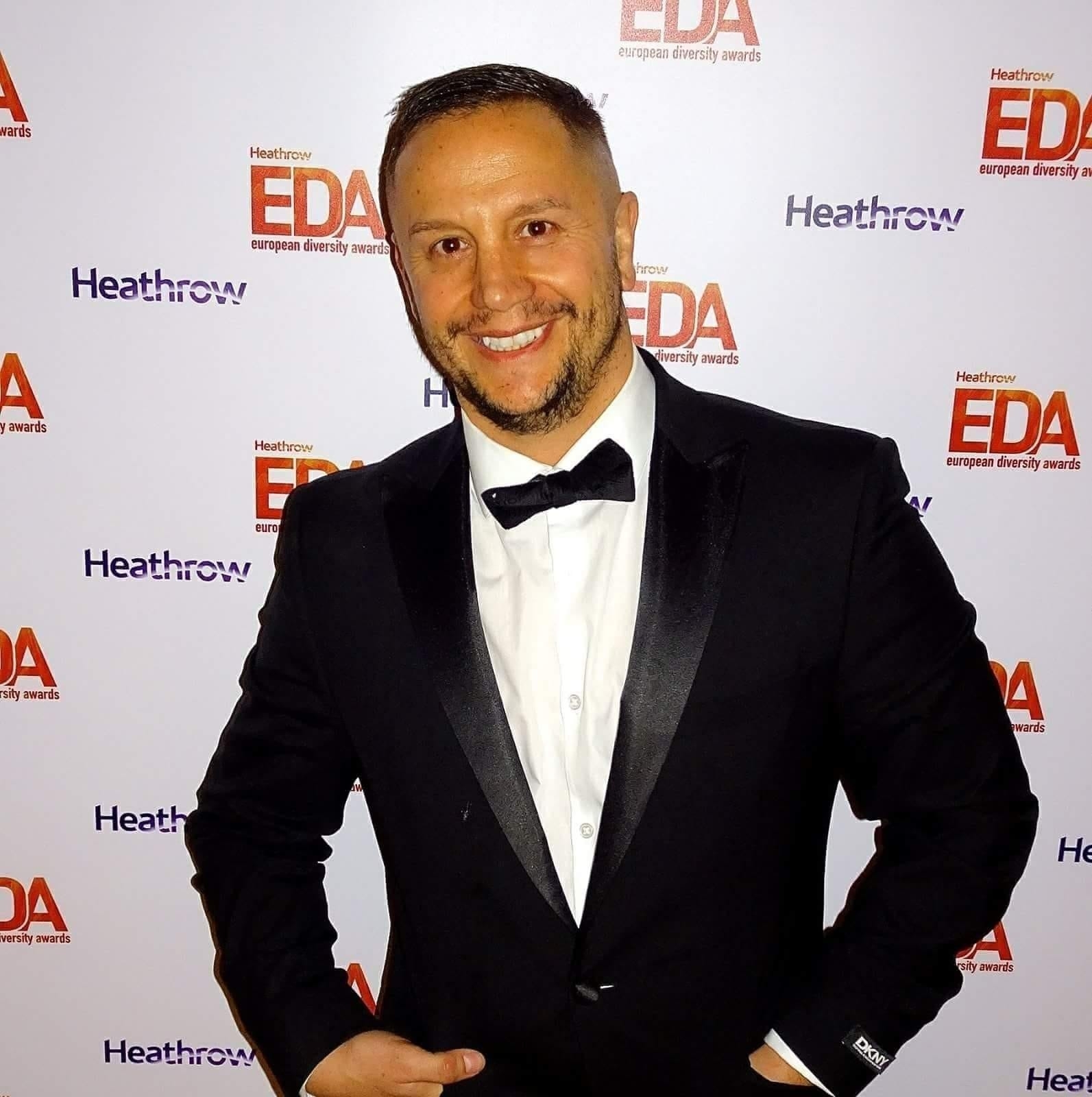 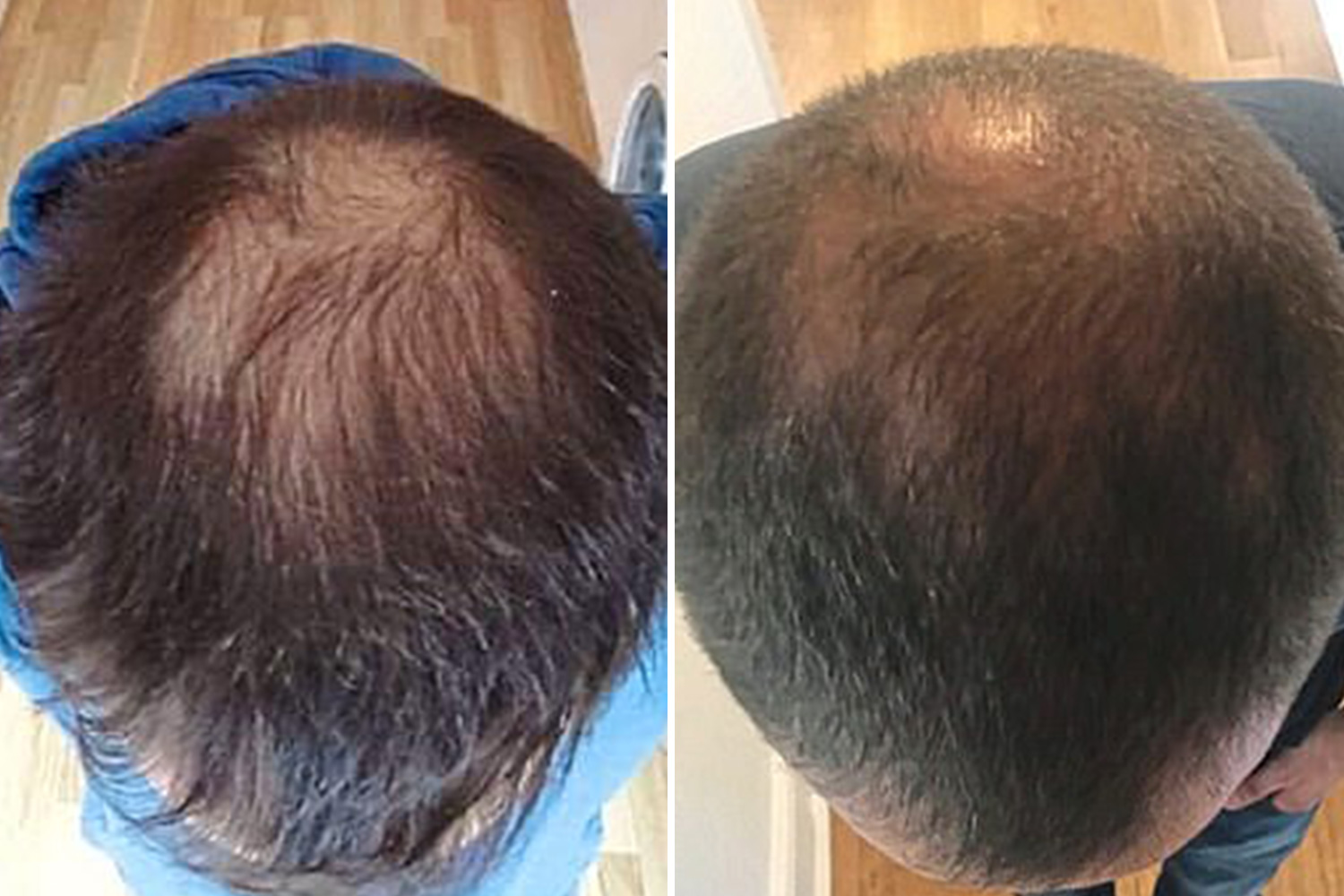 Unlike other treatments which are designed to prevent hair loss, the stem cell approach is intended to reverse it.

Last October, former boxer Chris Wild became one of the first people in Britain to undergo the pioneering procedure.

Balding Chris, 39, from Enfield in North London, now has new hairs growing on the front and back of his head.

He told MailOnline: "I'm a tough kid from the streets, but [balding] destroyed my confidence."

Now he couldn't be more pleased with the results.

Hair loss currently affects half of men in their 40s and one in six in their 20s.

According to Dr Loannis Liakas, who carries out the stem cell procedure at Vie Aesthetics in London, it may even be able to restore colour in grey hair.

He said: "If a 20-year-old man comes to see me, I would hope to keep baldness at bay his entire life."

Patient Chris had previously tried other treatments for six years before he opted for the stem cell route.

He'd taken Propecia, one of only two licenses medications for hair loss, but it led to an increase in his cholesterol and blood pressure.

It was only after having the stem cell treatment that he started getting the results he wanted.

Chris said: "Four months after the procedure, I visited my mum and almost the first thing she said was, 'You've grown more hair'."

The procedure works by using a device called Rigenera Activa which can extract stem cells from fat, skin and hair.

The hormone attacks hair follicles, causing them to shrink.

This makes hairs thinner, lighter and shorter until the follicles no longer produce visible hair.

Follicles from the back of the scalp and around the ears are immune to DHT so they continue to produce hair.

Boffins found that if stem cells from the DHT-resistant hairs were transplanted into thinning areas, they allowed new healthy follicles to grow and could even help regenerate ones which were already "strangled" by DHT.

In a 30-minute treatment performed under local anaesthetic, a doctor takes three pieces of skin from behind the patient's ear.

The stem cells are then extracted from the skin and mixed with a saline solution which is injected into the scalp.

Hair which grows as a result of the treatment is expected to last at least two to six years.

But some experts have said they want to see larger and more long-term studies of the procedure before endorsing it. 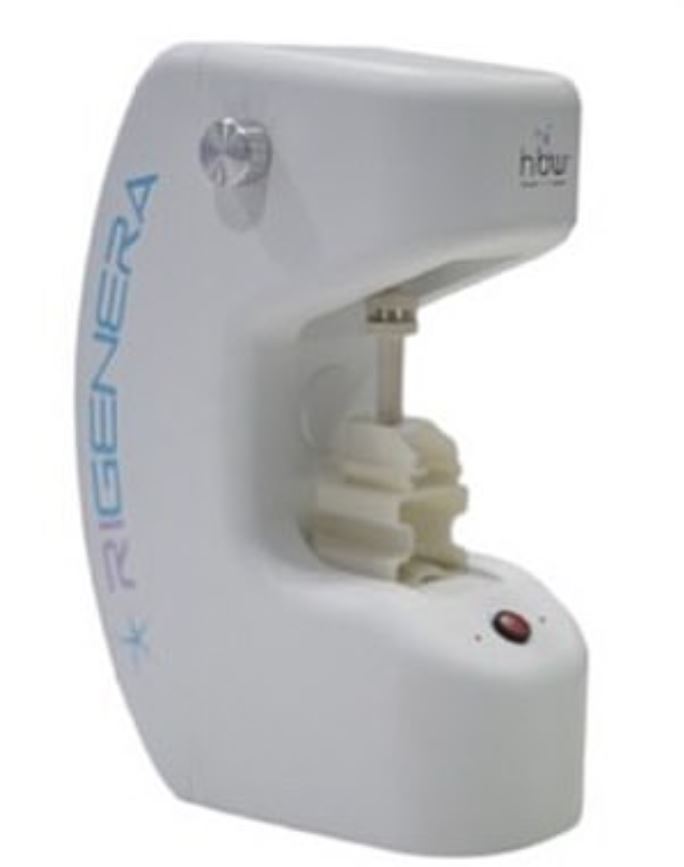