A little girl in south-east China had a 20cm (8in) -long bamboo skewer lodged in her face after accidentally falling onto it.

The two-year-old girl, identified by her nickname Huanhuan, was eating a grilled sausage while walking when she tripped. The stick pierced through her right cheek.

She was immediately taken to hospital and doctors were able to remove the skewer. 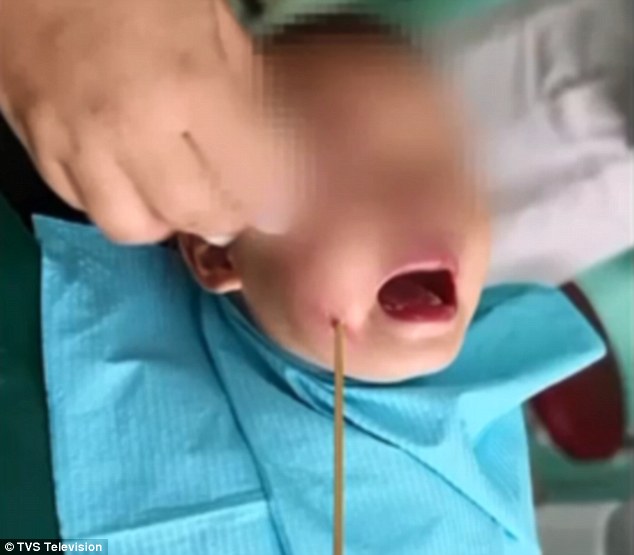 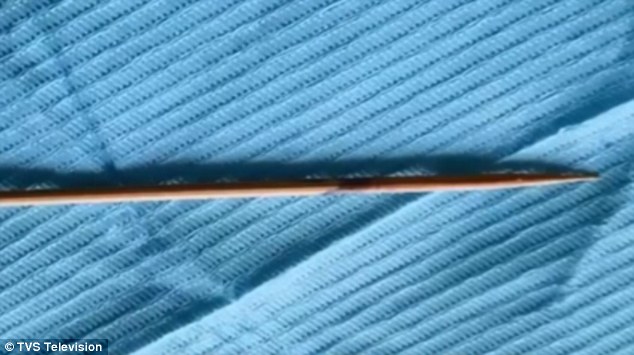 The child sustained a wound that was about 5cm (2in) deep, according to CCTV citing doctors at the Shenzhen Children’s Hospital in Guangdong province.

‘The little girl was crying loudly and appeared to be in a lot of pain,’ Dr Ding Guicong told reporters on July 29.

The bamboo stick had penetrated from the child’s right cheek and was lodged in her upper jawbone, he said.

‘Luckily, the skewer had missed the main blood vessels and the brain.’

Doctors carefully removed the skewer in surgery and was able to prevent excessive bleeding. 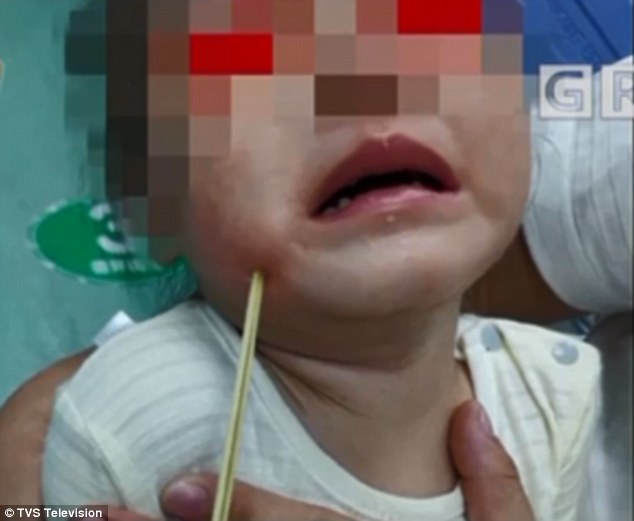 Huanhuan was immediately taken to hospital, where doctors were able to remove the skewer

The girl has been released from hospital and is expected to make a full recovery.

Dr Ding warned that parents should always keep an eye on their children and not let them play with sharp objects, especially when they’re eating skewered foods.

Household items such as toys, spoons and chopsticks can be a safety hazard to children, he said, adding that cases like Huan Huan’s occur more frequently during the summer holidays when children are at home.