Banks are being banned from charging rip-off overdraft fees under radical new plans by the City regulator.

Proposed changes to the way overdrafts work are being branded the ‘biggest shake-up in a generation.

The Finance Conduct Authority (FCA) wants to make them simpler, fairer and easier to manage for people who find themselves in the red.

Banks and building societies will be banned from charging fixed fees for borrowing through an overdraft, which will bring an end to fixed daily or monthly charges and having an overdraft facility.

They will also be stopped from charging higher prices for unarranged overdrafts than they do for arranged ones. The FCA says the reforms will ‘fix a dysfunctional overdraft market’. 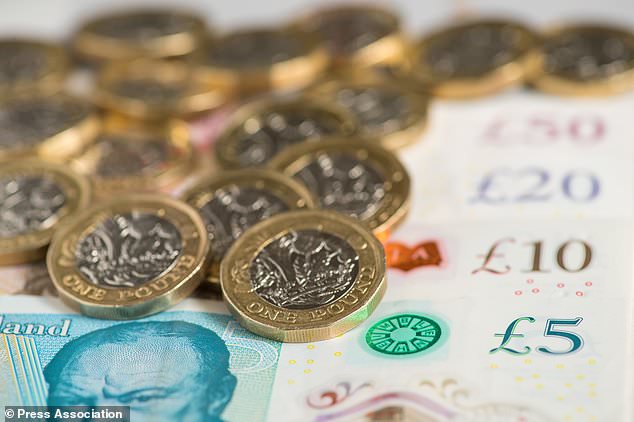 Christopher Woolard, the FCA’s executive director of strategy and competition, told Sky News that where current overdraft fees are £5 a day, he wants them to be just 20p.

Mr Woolard said the changes will ‘take time’ but hopes they will be in place by April next year.

He added that there would be no compensation for anyone who has been consistently charged huge amounts for being in their overdraft.

He said: ‘This is a forward-looking measure, there is no suggestion in any of the work that we’ve done that banks or others had broken the rules that existed at the time.’

In 2017, firms made over £2.4billion from overdrafts alone, with around 30 per cent coming from unarranged ones.

More than 50 per cent of banks’ unarranged overdraft fees came from just 1.5 per cent of customers in 2016.

People living in deprived areas were found to be more likely to be impacted by these fees.

In some cases, unarranged overdraft fees can be more than 10 times as high as fees for payday loans, the regulator said.

The FCA has also announced that it will:

She said: ‘Today’s interventions from the FCA are long overdue. Overdrafts have long been a minefield for consumers and the plethora of different rules regarding arranged vs unarranged agreements, fixed fees, interest rates and APRs fuels a lack of understanding.

‘This announcement is not only a step in the right direction, but also a stark reminder of the responsibility for banks, building societies and the regulator to help consumers understand their financial circumstances and offer protection from unnecessary fees and charges.’

Intern Left Colo. Radio Station in 1980 and Never Made It Home — and Killer Is Finally Sentenced
Travel