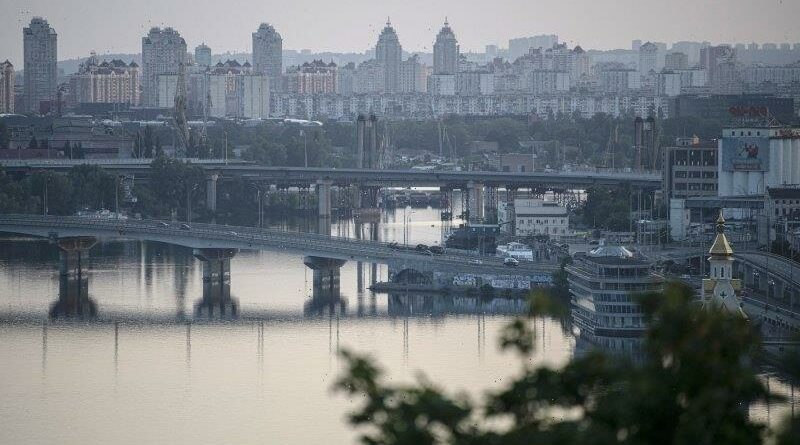 Kyiv: A massive barrage of Russian strikes on Monday hit critical infrastructure in Kyiv, Kharkiv and other cities in apparent retaliation for what Moscow alleged was a Ukrainian attack on its Black Sea Fleet over the weekend. 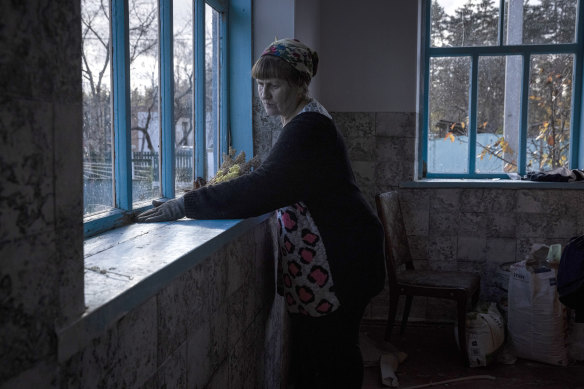 A woman cleans a windowsill at a home that was damaged during recent attacks.Credit:Getty Images

Many people received text messages from the emergency services about the threat of a missile attack, and air raid sirens wailed for three straight hours.

The attacks occurred just before Czech Prime Minister Petr Fiala and many top members of his government, including the foreign, defence and interior ministers, arrived in Kyiv in the latest show of support from European leaders for Ukraine.

Large areas of the capital were cut off from power and water supplies as a result, Kyiv Mayor Vitali Klitschko said. Local authorities were working to restore a damaged energy facility that supplies power to 350,000 households in the capital, he said.

Ukrainian Foreign Minister Dmytro Kuleba said there was no justification for Russia launching missiles meant to inflict so much suffering on civilians.

“Don’t justify these attacks by calling them a ‘response.’ Russia does this because it still has the missiles and the will to kill Ukrainians,” he tweeted.

There was a heavy military presence north of Kyiv. Smoke was rising from the left bank of the Dnieper River, either from a missile strike or where it was shot down by Ukrainian forces.

A resident of the area said he heard four loud explosions that rocked the area.

“At first I thought I heard a jet going by, but then I realised it was a missile,” said Serhii, who refused to give his full name. “The explosions were so loud! I consider myself experienced and prepared for attacks like this. But it was way too close and loud. I was frightened, really frightened.”

In the outlying region, authorities warned people to be prepared for a long power outage because of the emergency cuts. Kyiv region Govennor Oleksii Kuleba also said that one person was wounded and a number of houses were damaged as a result of the morning attack.

In the eastern city of Kharkiv, two strikes hit critical infrastructure facilities, according to authorities, and the subway ceased operating. Officials also warned about possible power outages in the city of Zaporizhzhia resulting from the strikes there.

The Lviv region in western Ukraine was also targeted, but the missiles were shot down, Lviv Govenor Maksym Kozytskyy said.

Critical infrastructure objects were also hit in the Cherkasy region southeast of Kyiv, and explosions were reported in other regions of Ukraine.