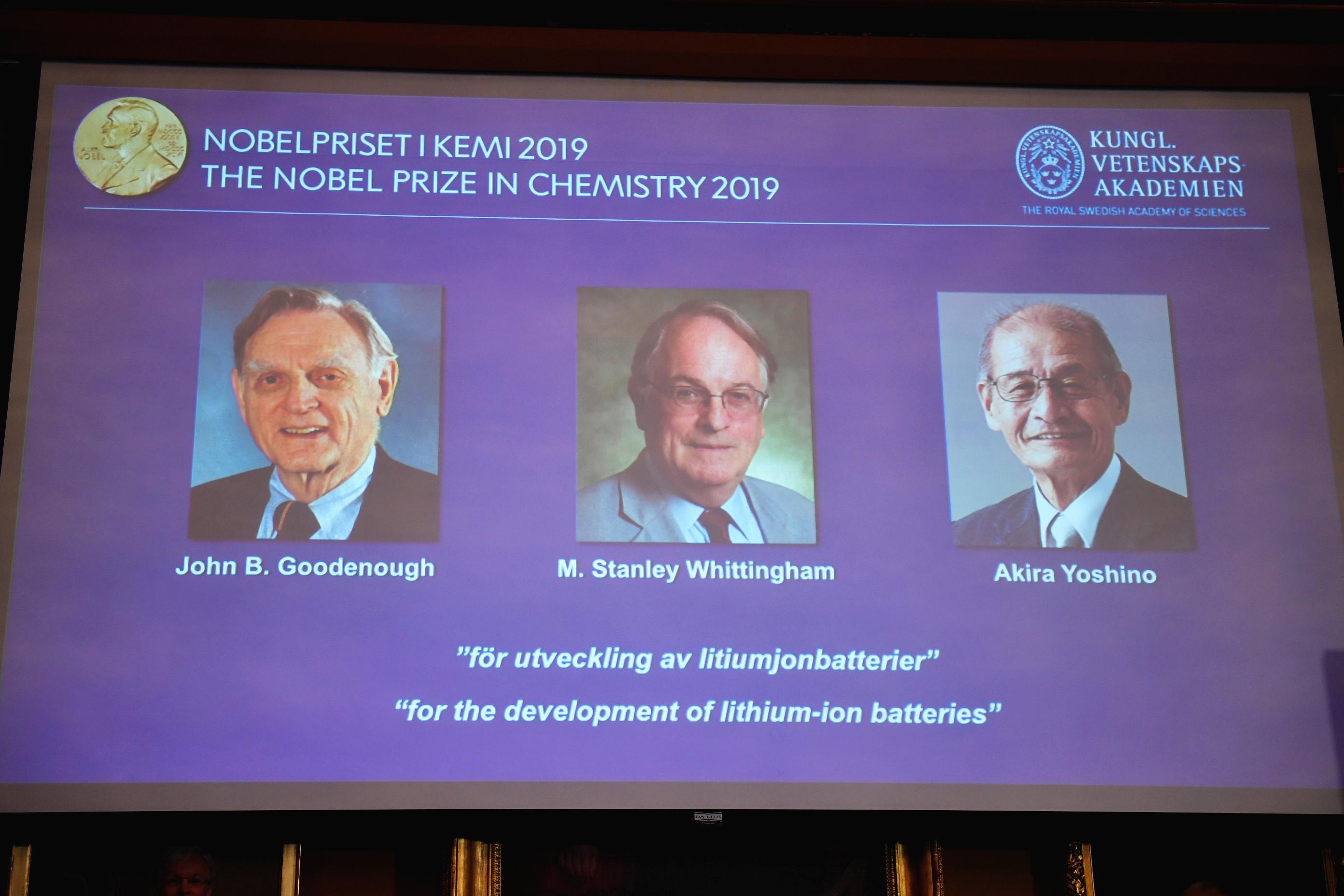 American John Goodenough, at 97, became the oldest winner of a Nobel prize and shares the 9 million Swedish crown ($906,000 award equally with Stanley Whittingham from Britain and Akira Yoshino of Japan, the Royal Swedish Academy of Sciences said.

“Lithium-ion batteries have revolutionized our lives since they first entered the market in 1991. They have laid the foundation of a wireless, fossil fuel-free society, and are of the greatest benefit to humankind,” the academy’s Nobel committee said.

Whittingham developed the first functional lithium battery in the early 1970s. Goodenough doubled the battery’s potential in the following decade and Yoshino eliminated pure lithium from the battery, making it much safer to use.

Speaking on Japanese TV after hearing of his win, a smiling Yoshino said he was glad to have helped the environment.

“I am happy that Lithium ion battery won the prize in that context,” he said, adding that he also hoped it would inspire others: “I hope this will become an encouragement for young researchers.”

Gregory Offer, an expert in mechanical engineering at Imperial College London, said the scientists’ work had led to “one of the key enabling technologies of the 21st century”.

“They have already underpinned the mobile revolution, and are now essential to help us solve the problem of climate change by electrifying transport and storing renewable electricity generation,” he said in an emailed comment.

Peter Somfai, a professor of organic chemistry and a member of the Nobel committee for chemistry, said it was clear why the three should have won.

“This is a technology we use every day. Most people have a mobile phone, electric vehicles are getting more popular. So… it’s pretty straight forward why it’s an important discovery, he told Reuters.”

The prizes for achievements in science, literature and peace were created and funded in the will of Swedish dynamite inventor and businessman Alfred Nobel and have been awarded since 1901.

The Nobel prizes for medicine and physics were awarded earlier this week. The awards for literature, peace and economics will be announced in the next few days.