At least Villanelle is a fan of Jeremy Kyle! Russian assassin is spotted watching episode of the axed show in new series of Killing Eve – but will the BBC screen it?

BBC bosses face an awkward dilemma over the new series of Killing Eve, as its villain, played by Jodie Comer, watches an episode of the Jeremy Kyle Show in one of the episodes.

Episode two of the show, shows assassin Villanelle cosied up on the sofa watching an episode of the recently axed ITV show.

Villanelle appears to have bruises on her face and is wearing lounge wear while watching an episode entitled ‘Don’t Blame Me For The Death Of My Dad’.

The show has already aired in the US, which had left many UK viewers reeling that they will have to wait for season two. 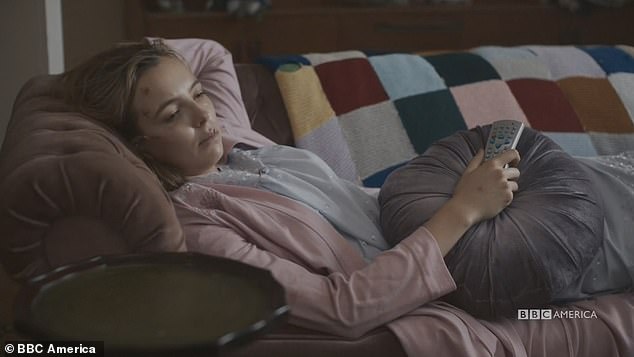 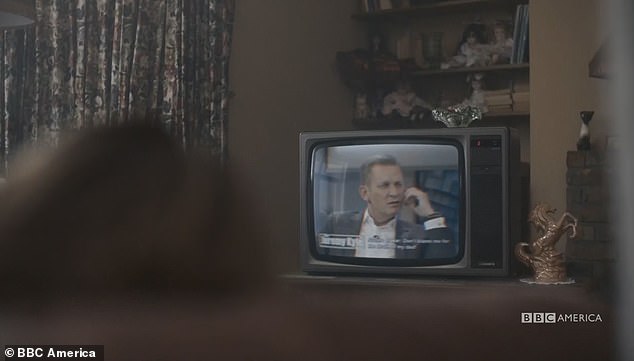 Villanelle can be seen watching an episode of the show, which was this week axed by ITV

It comes as MPs launched an inquiry into reality TV, after Jeremy Kyle contestant Steven Dymond, 63, was found dead at his home in Portsmouth.

The Commons Digital, Culture, Media and Sport Committee (DCMS) will consider production companies’ duty of care to participants taking part in reality shows and explore whether enough support is offered both during and after filming. 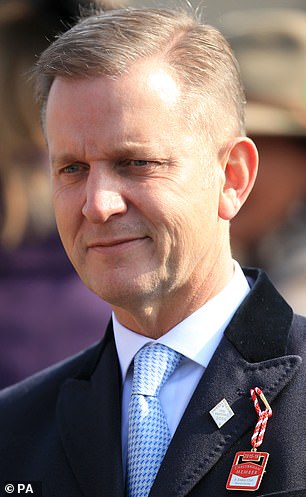 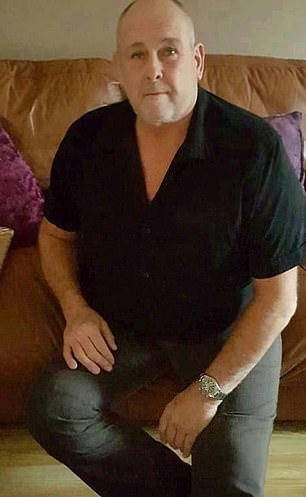 ITV chief executive Dame Carolyn McCall announced this week that the show had been officially cancelled ‘given the gravity of recent events’.

She said in a statement: ‘The Jeremy Kyle Show has had a loyal audience and has been made by a dedicated production team for 14 years, but now is the right time for the show to end.

‘Everyone at ITV’s thoughts and sympathies are with the family and friends of Steve Dymond.’

Before the programme was axed, Dame Carolyn had told ITV staff in an email that halting filming and broadcasting of the show was ‘the best way we think we can protect the show and the production team’ from the reaction to Mr Dymond’s death.

Mr Dymond’s body was found at an address in Portsmouth on May 9. Hampshire Police said the death is not being treated as suspicious and a file is being prepared for the coroner.

ITV will announce what will replace The Jeremy Kyle Show in the TV schedule in due course.