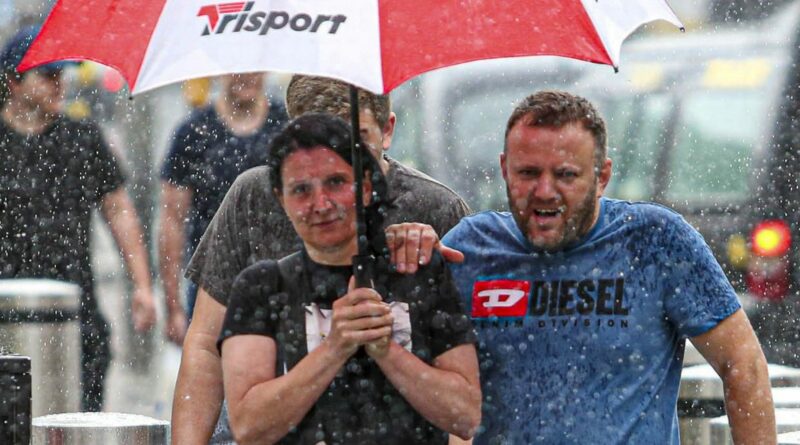 Brits are pining for warm sunshine, blue skies, and sunny days out with friends and family – not the washout summer we're experiencing.

Even though Brits basked in a glorious heatwave last month, it came to a crashing halt with intense thunderstorms and rain over the past week.

As the downpours continue to wash out the country, when will they end?

The BBC long-range forecast predicts that most of August will be as miserable as the majority of the summer we've seen so far.

July closed on a stormy note, with weather forecasters predicting it'll continue for the first two weeks of this month.

The BBC writes: "We anticipate low pressure will be in charge across northern Europe for the next few weeks, keeping the UK weather unsettled, wetter, and cooler than normal for late summertime."

August won't be brightening up anytime soon, but there is hope along the horizon that the end of the month will be warmer and sunnier.

There may be another heatwave on the way in a final attempt of summer weather before September hits.

The forecast continues: "However, later in August there are some encouraging signs for more influential high pressure, at least for a few weeks, bringing some drier and warmer weather.

"This does come with a slight chance of a late-summer heat wave, but at the moment this is only a risk."

Over the next week, patchy clouds and dry conditions will cover the UK for a few days, with southern areas seeing afternoon showers and thunderstorms.

A band of low pressure will return by midweek, pushing an Atlantic weather front in from the west, bringing the temperature down and wet and windy conditions with it.

The BBC also adds the Atlantic weather system will bring a "changeable" pattern from day-to-day.

Looking into next week, the unsettled pattern will persist providing a divide between the north and south in terms of temperature.

The forecast adds: "We expect a lot of wet and windy days throughout the week mixed with the occasional but fleeting dry spell between fronts.

"Temperatures will often be near or a bit below average, but some brief warm spells are possible for southern areas at times.

"There is even a chance for another deep low-pressure system to bring some stormy conditions, although confidence is lower on this."

But "encouraging" signs of high pressure arriving in the middle of the month, with drier weather gradually taking over the country and bring a "tropical air mass" to Brits.

If it lingers, then a "heatwave" may develop later on in the month, a noticeable change to the washout skies over the past two weeks.