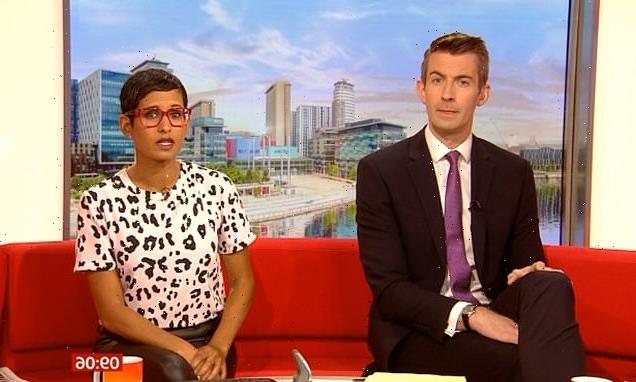 Ms Munchetty was hosting Breakfast on BBC One when she mistakenly said the Prime Minister had spent a night in prison as part of a morning news bulletin – meaning former Wimbledon champion Becker. 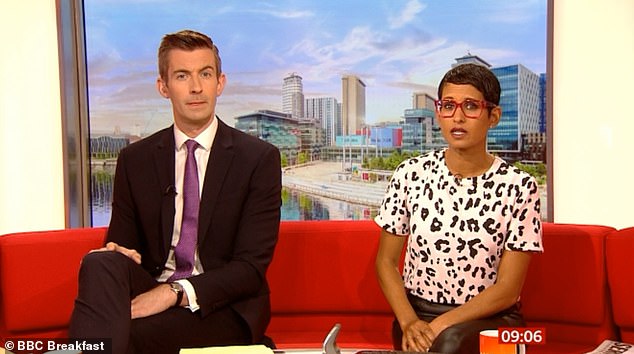 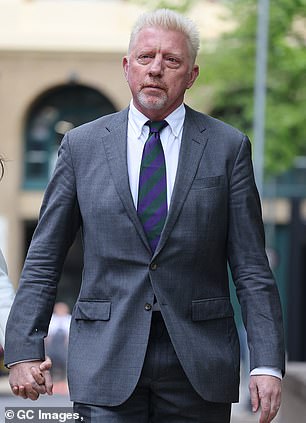 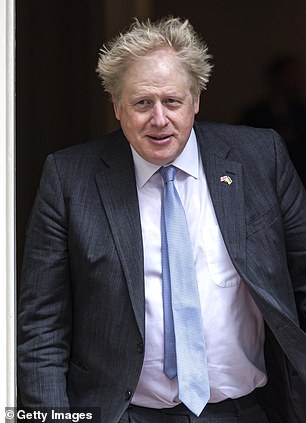 ‘He was sentenced to two-and-a-half years for hiding assets to avoid paying debts.’

The slip-up has been seized upon by critics of the BBC online to accuse the obvious mistake of being indicative of BBC left-wing bias.

One Twitter user said: ‘Anyone surprised Naga Munchetty said Boris Johnson has spent his first night in jail, instead of Boris Becker?

‘Same thing as when James Naughtie, Justin Webb & Victoria Derbyshire all referred to ‘Jeremy C***’ – it’s how they talk off-air.’

Others saw the funny side and stated their wish that the gaffe was correct.

Another user tweeted: ‘Naga Munchetty saying something lots of us would like to really hear ‘Boris Johnson has been spending his first night in prison’’.

Ms Munchetty has hosted the early morning show since 2010 – also appearing on Strictly Come Dancing in 2016.

Ms Munchetty was cleared of a BBC bias probe in 2019 by then Director-General Tony Hall.

Munchetty had criticised President Donald Trump’s comments telling women of colour in Congress to ‘go back where they came from’.

She had remarked on the breakfast show that when she had heard the phrase directed at her, it had been ’embedded in racism’.

After an initial probe found her to have broken the rules, Hall intervened and threw out the accusation.

The ex-pro sportsman, 54, was found to have hidden £2.5million worth of assets and loans to avoid paying his debts, and on Friday begun his sentence in the Victorian, of which he has to serve a minimum of one year and three months.

He was declared bankrupt in June 2017, owing creditors almost £50million over an unpaid loan of more than £3million on his estate in Mallorca, Spain. He transferred around £390,000 from his business account to others, including those of his ex-wife Barbara Becker and estranged wife Sharlely ‘Lilly’ Becker.