A BBC presenter broke down in court as she revealed that bosses asked her to work on the day that she was due to give birth, a court has heard.

Joanna Gosling, a 20-year BBC news channels regular, also claimed that bosses tried to cut her pay after she returned from maternity leave.

She broke down in tears during a tribunal as she accused the BBC of operation a ‘two-tier system’ while also revealing she has never received maternity pay, holiday pay, sick pay or a pension, and is currently on a contract that allows bosses to sack her without giving a reason. 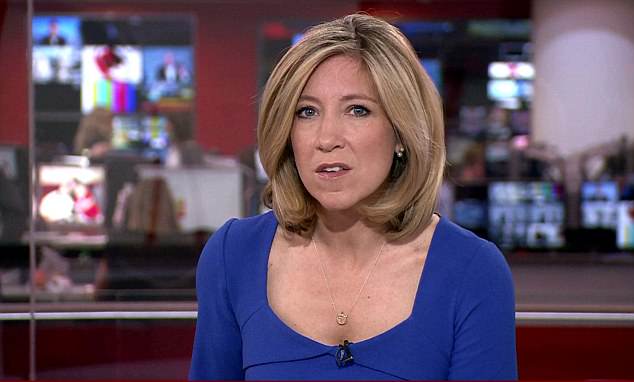 Presenter Joanna Gosling, 47 (pictured), has been working on the BBC news channels for 20 years

Ms Gosling, 47, claimed that the ‘two-tier system’ meant some stars are given benefits while others are left with no job security.

Ms Gosling, a regular face on BBC News, said she has never been given a permanent job.

According to The Telegraph, she said in court: ‘My periods of time off for the birth of each of my three children were 12 weeks, nine weeks and 13 weeks because I could not afford to take longer off unpaid.’

In 2001, she was pregnant with her first child.

She recalled how she was asked to work the day she was due to give birth because of a lack of cover.

Ms Gosling agreed because she felt vulnerable being pregnant without a staff job. 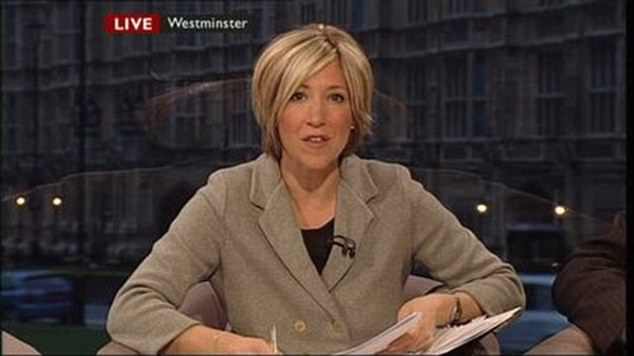 However, she revealed in court how a ‘two-tier’ system of contracts means that she has never received maternity or sick pay

She also shared how, while heavily pregnant in with her third child in 2007,  she was emailed by bosses who said they wished to rip up her contract and give her a new one at a reduced rate after she returned.

Ms Gosling was appearing alongside two other BBC news journalists, David Eades and Tim Willcox, as they appealed against an HMRC tax bill of more than £900,000.

HMRC is cracking down on individuals who have been paid via personal service companies.

However, the three presenters claim they were forced by the BBC to set up the companies.

Ms Gosling says she was told to set up a company or face a 30 per cent pay cut.

In 2014, when HMRC began looking into the pay arrangements, the BBC told staff that they would be moved to On Air Talent contracts.

She broke down in tears in court as she described the moment she found out.

She said: ”I see it as a matter of equality. If you sit next to someone doing the same job, you should be on the same terms and I never have been. These things matter.

‘I have had a 20-year career with no pension to show for it. I have done the same job and I have no rights.’